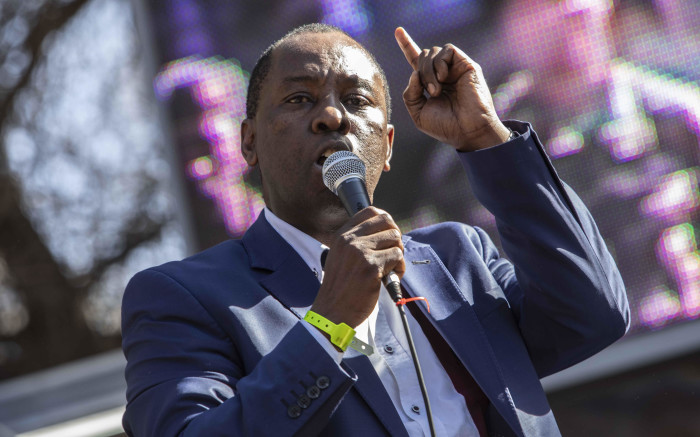 On Monday Mosebenzi Zwane continued giving evidence at the state capture commission where he spoke about how disqualified contractors were given contracts as part of a R1 billion housing project.

JOHANNESBURG – Former Free State Human Settlements MEC Mosebenzi Zwane has denied that he and the provincial executive deliberately handpicked builders for a R1 billion housing project and that they knowingly violated procurement processes.

On Monday Zwane continued his evidence at the state capture commission where he spoke about how disqualified contractors were given contracts.

The commission put it to Zwane that he knew that some of the bidders on a list that he presented to the provincial executive were disqualified.

And Advocate Paul Pretorius put to him that he knew that there was another open tender process but he didn’t want it.

“It seems to me the only explanation is that the MEC, together with exco, had their own plan for who would construct the houses and on what basis persons would be selected and that had no relationship with the open tender process,” said Pretorius.

Zwane responded: “That is not my understanding.”

The commission wants the report that Zwane wrote to the exco to reach its decision, but he said it required a subpoena

And the commission said it too had failed to get that report.

Zwane also testified that the Free State province decided to cancel contracts of suppliers who refused to build bigger houses at the same price as smaller houses, which they had won bids for.

He said the 23 contractors were sidelined for lodging disputes against the Human Settlements Department.

For the R1 billion housing project, advance payments were made to suppliers without procurement processes in place.

Earlier Zwane said he wanted an open tender process, but he denied knowing that there was a legitimate open process already under way.

He said he believed that the open tender process that he wanted was the way to build a database of qualified contractors.

And he denied that he and the provincial executive wanted to hand-pick builders that they wanted.

But he confirmed that 23 builders were included, but disputed building bigger houses for the same price were excluded.

Download the EWN app to your iOS or Android device.