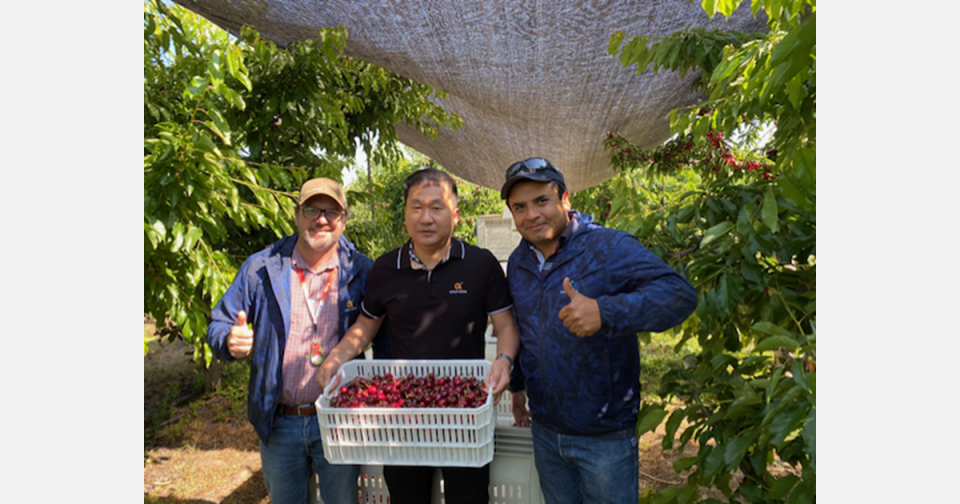 Chile is located in South America. The broad Pacific Ocean and the Andes Mountains together created a paradise for cherry trees. The unique weather conditions stimulate the growth of cherries. The huge difference between temperatures during the day and at night are particularly helpful for the accumulation of sugars in Chilean cherries. That is why they are so large and so sweet. 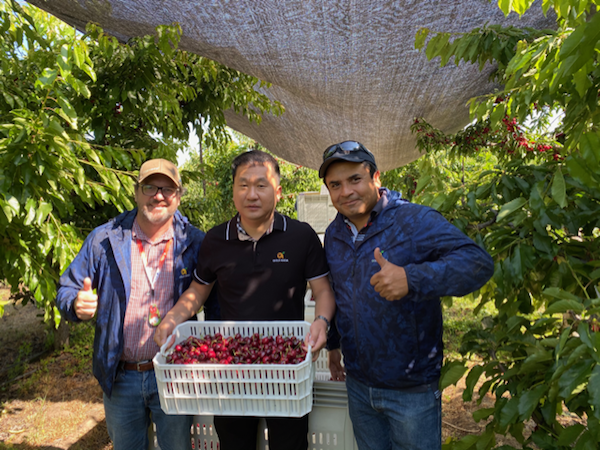 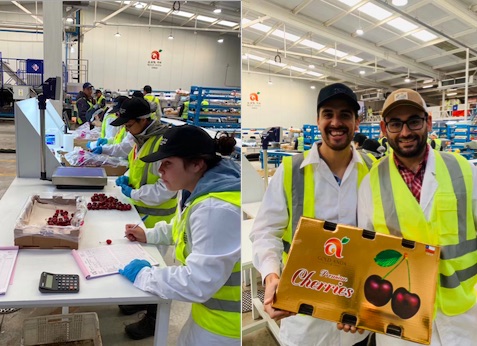 This is a particularly challenging year for people in the fruit industry. The Covid-19 pandemic has greatly slowed down the global market and consumer power has weakened as a result. The sales of domestic fruit and imported fruit were greatly affected by the outbreak of Covid-19 in the first half of this year. In the second half, however, the market showed signs of recovery. The overall supply volume improved greatly. Chilean cherry traders take this as a sign of change and hope for surprising sales during the upcoming Chilean cherry season one month from now. 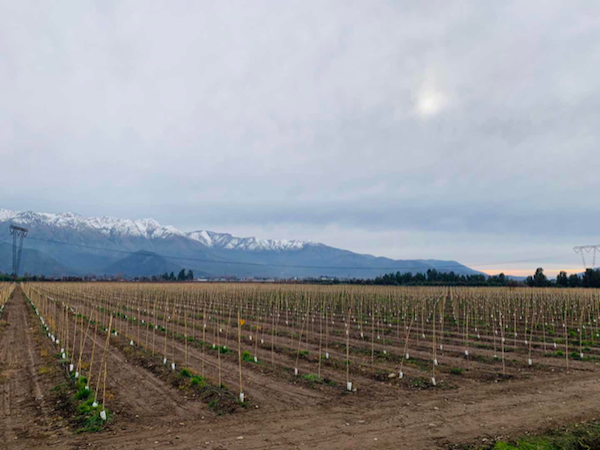 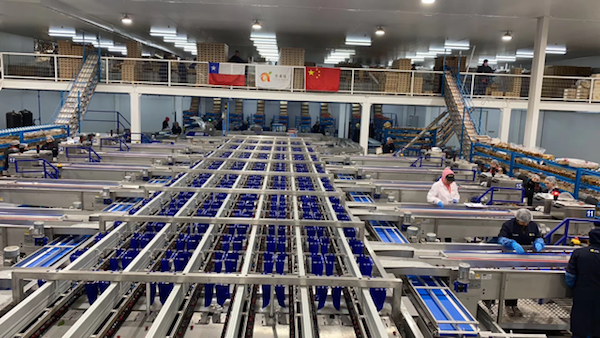 “Our cherry orchard in Chile covers an area of more than 500 hectares. Our supply volume will exceed last year’s supply volume, but not by much. We will start flying cherries to China in November this year. Then we will switch to sea freight as the cherry season proceeds. The last shipment will arrive in China by the end of February next year.

“The core of our sales season will fall between late November and the 23rd of December. As for the overall production volume, this year the Chilean cherry production volume increased by around 10% in comparison with last year. There are several reasons for this development. First, the overall surface area devoted to cherry plantation in Chile expanded this year. Second, many trees have reached their most productive years. Third, the weather has been stable this year and favorable for the growth of cherries.

“The production has now officially begun, and judging from current conditions, the harvest is going to be abundant this year.” This is according to Xie Jinshan, CEO of Gold Anda Agricultural Science and Technology Development Co., Ltd. (hereafter referred to as “Gold Anda”). 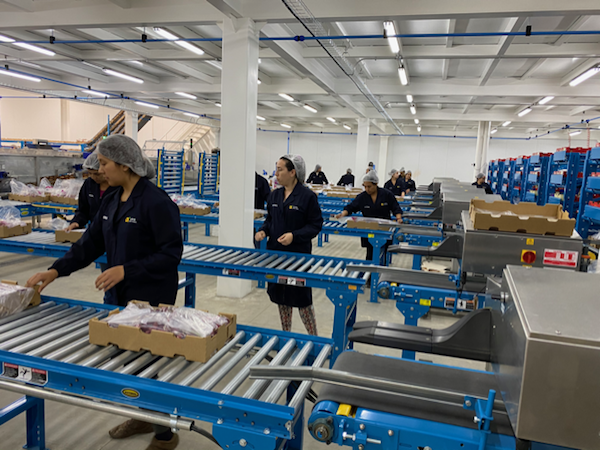 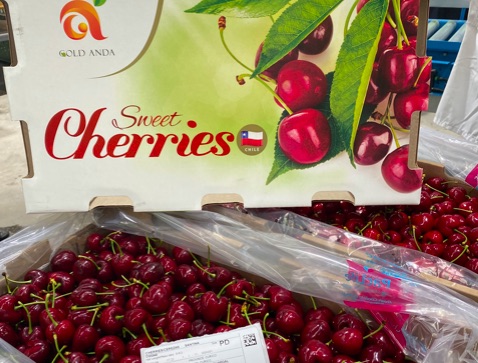 According to manager Xie, “the outbreak of Covid-19 had a huge impact on the domestic market. In order to reduce financial risk, we cut down our import volume by nearly 50%. At the same time, we focused on relatively reliable import products. We also expanded our domestic activities and strengthened domestic sales channels. However, we are carefully optimistic about the upcoming Chilean cherry season. 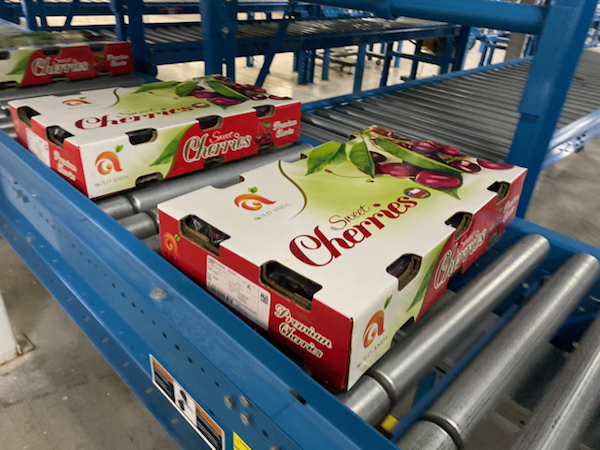 “Chinese Spring Festival came relatively late in 2020, which extended the sales season and brought all kinds of commercial opportunities. This year the sales season will be more stable. The price is also likely to be lower than last year because the production volume increased, and the consequences of the Covid-19 pandemic are not yet over. Buyers are still hesitant to purchase large volumes. As for Gold Anda, our plan is to start the sales season early and focus on bringing our products to more third- and fourth-tier cities throughout China. About half our sales will go through wholesale markets and the other 50% will be sold through supermarkets.” 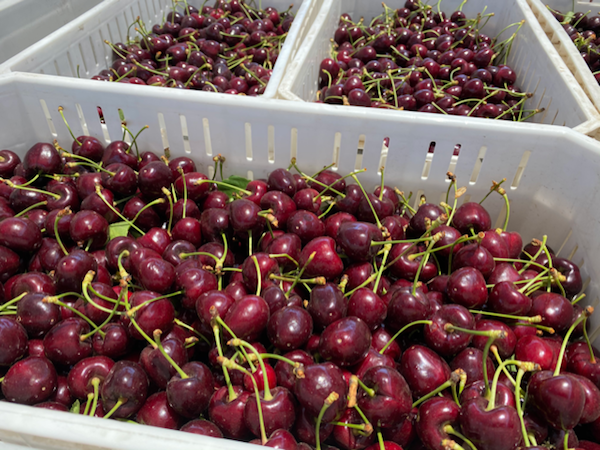 Gold Anda was established in 2006. After years of development, the company is now one of the leading companies in the Chinese fruit industry. This modernized company integrates plantation, research and development, processing, sales, and e-commerce services, as well as import trade. Gold Anda has branch offices and packaging factories in Australia, Chile, South Africa, and Thailand.

Education Cannot Wait, the Global Partnership for Education, UNESCO & UNICEF call for the resumption of salary payments for teachers for the coming school year in Yemen