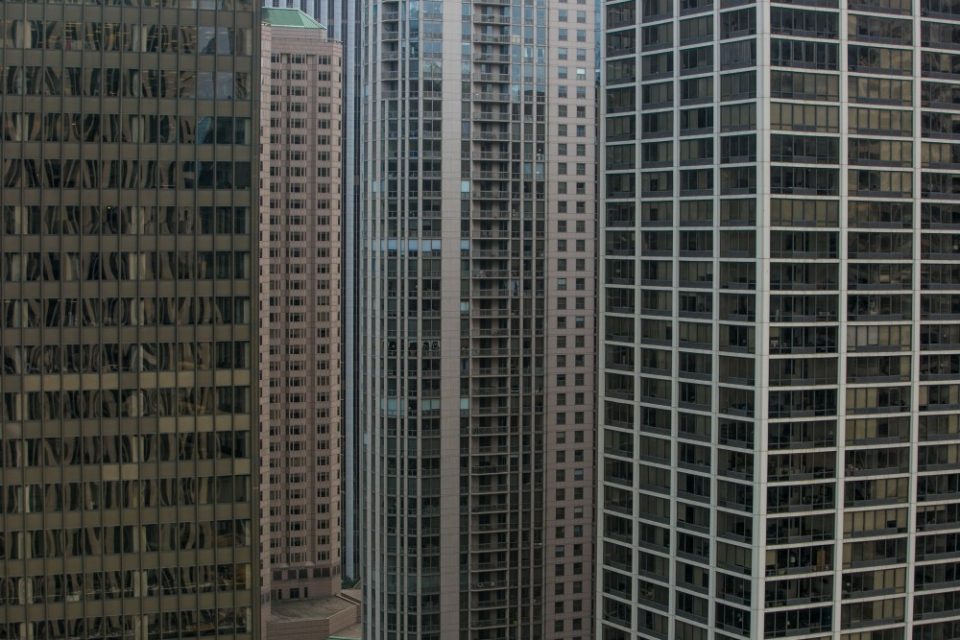 The city of Chicago is failing to enforce a three-year-old law requiring big building owners to provide recycling to nearly half the city’s 2.7 million residents, the city’s top watchdog reported on Wednesday.

The finding is another in the city’s long history of waste management failures that make Chicago garbage among the least recycled of any city in the nation.

How Many Of Chicago’s 77,000 Big Buildings Recycle? Nobody Knows.

“Our audit shows that this responsibility has not been met and significant barriers still exist,” Ferguson said in a statement accompanying his report. “We are encouraged that the Department of Streets and Sanitation agreed with our recommendations and has begun collaborating with other departments to improve its citation system and address compliance issues.”

The audit found Streets and San, or DSS, makes no effort to identify buildings with five units or more — roughly 41 percent of all Chicago households — with no access to recycling services. Instead, the city relies exclusively on tenant complaints to flag problems. Even then, spotty recordkeeping and technical glitches make it impossible to measure the effectiveness of the resulting inspections.

The findings echo Better Government Association investigations that revealed bureaucratic blunders, enforcement failures and an anemic recycling rate in the city’s smaller buildings and homes far below that of other major cities.

It was the latest in a long history of failed reforms dating back to the 1990s.

Yet both the BGA and the inspector general’s office found the alleged crackdown never happened, and that only a tiny fraction of the tens of thousands of buildings affected by the law have ever been inspected.

The BGA revealed in May 2019 that fewer than 500 buildings had been inspected, and only three were issued. Just one of those resulted in a fine of $290, despite language in the new rules stipulating fines ranging from $500 per day for the first offense and up to $5,000 per day for chronic offenders, according to the inspector general’s report.

In response to the report, officials at DSS blamed a computer glitch that doesn’t allow them to code tickets as recycling ordinance violations. Inspectors instead labeled the citations as other sanitation problems, the officials said.

The BGA has previously reported the issues began after Emanuel, in a 2011 cost-cutting move, dissolved the city department of environment that once administered the recycling program.

In an interview with the BGA, Ferguson suggested Emanuel’s cost-saving measure left the recycling effort orphaned and underfunded.

“So it was dumped on a department that just wasn’t situated to figure out all that stuff,” he said.

Before DSS inherited the recycling program, the city issued more than 200 citations totaling nearly $20,000 in fines between 2006 and 2011. The sanitation department said it plans to work with city lawyers and its technical department to revise the computer issues.

“We have begun to implement the OIG’s recommendations and are looking forward to the completion of a waste study next year,” a DSS spokeswoman said in a statement. “The study will guide the development of a framework for further improving recycling and waste diversion, including in commercial and high-density residential settings.”

Ferguson’s report also highlights the city’s failure to collect information from the private companies that pick up waste and recycling. Under the 2017 rules, these companies are required to submit annual reports detailing which buildings they work with as well as the type and amount of materials collected.

Sanitation officials are then supposed to verify the accuracy of the reports and pass on the names of any violators to the Department of Business Affairs and Consumer Affairs, which can withhold business license renewals until the hauler comes into compliance.

Out of the 15 companies required to submit reports, only six turned in the information on time last year, and reports from two haulers are still outstanding, the inspector general found. Several city reports were incomplete and the sanitation department failed to assess them for accuracy, the IG found.

The lack of data makes it impossible to calculate an accurate recycling rate for all of Chicago.

In response to the audit, the city agreed with the inspector general’s recommendations and vowed to use the findings from an ongoing waste and recycling study to develop a proactive inspection process to enforce big building recycling requirements.

Recycling programs across the country are still reeling from the effects of a 2018 policy change out of China, a major market for processing recyclables. The country imposed strict limits on the level of contamination it will accept, meaning the amount of garbage mixed in with the other recyclables. The rule changes resulted in skyrocketing costs that led some municipal programs to permanently shut down.

Ferguson’s report suggested Chicago should adopt strategies used by other cities to adapt to the new recycling marketplace, including modifying city contracts to better share the costs and potential revenue associated with recycling processing.

A 2018 BGA report found that residential recycling bins picked up by Waste Management, Inc., a company hired by the city to collect recycling from half of Chicago’s smaller households, were 20 times more likely to be labeled as contaminated compared to other collection crews. The contents of recycling bins labeled “contaminated” go to landfills.

The BGA found the company, which holds a separate contract with the city to dispose of garbage in its landfills, is often paid twice for processing the same materials: Once to label the bins as contaminated and again when it sends their contents to its dumps.

At the time, Waste Management officials said its haulers aggressively tagged bins to better educate residents, and to prevent damage some material causes to processing equipment.

PH, ADB in talks for vaccine procurement – The Manila Times