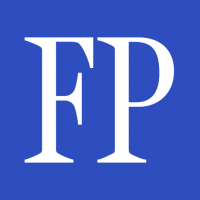 (Bloomberg) — An oil spread that helps to dictate the flow of African and North Sea crude to Asia has collapsed following historic price cuts by Saudi Arabia for its barrels.

Brent futures fell to a small discount to Dubai swaps on Wednesday, the first time that’s been the case in 10 years, data from oil brokerage firm PVM Oil Associates show. At the end of 2019, the North Sea price stood at about a $3.60-a-barrel premium.

Saudi Arabia’s move to slash official prices to all regions, with deepest month-on-month price cuts targeted at European and American buyers, is weighing on regional benchmarks such as Brent and West Texas Intermediate.

Based on Saudi Aramco’s latest pricing sheet, Arab Light cargoes arriving in May or June in Europe are effectively pricing at about $26 a barrel, according to Kit Haines, an analyst at Energy Aspects Ltd. in London. The kingdom’s price cuts to North West Europe were deeper than to any other location.

“It’s just the dumping zone at the moment,” Haines said of the European oil market. “Everything else that’s being purchased has to compete against $26. The way the market is working, it’s pricing into storage in Europe. You’re going to see big builds in storage in Europe and probably in Asia in the coming months.”

Also, while a pledge to raise Saudi oil output would typically be bearish for the Middle Eastern Dubai oil benchmark, the magnitude of Aramco’s price adjustment means sellers looking to place sweet crude into Asia will now have to drastically discount their oil against cheaper crudes from Saudi and its allies such as Kuwait and Iraq.

The plunge in the Brent-Dubai spread — known as the Exchange of Futures for Swaps, or EFS — reflects sellers trying to price North Sea crude competitively, according to three traders involved in the market. Saudi Arabia announced its historic discounts on Saturday, a day after its alliance with Russia fell apart.

The EFS for May traded at a discount of 38 cents a barrel as of 11:22 a.m. London time, according to PVM. It’s a spread that’s important for the flow of all Brent-priced oil that flows to Asia, not just cargoes from the North Sea. Angola, Nigeria and Libya are just some of the companies that sell oil at Brent-related prices.

An important measure of supply-and-demand in the North Sea oil market is also pointing to a sharp deterioration. Brent for May is currently trading at a $1.08-a-barrel discount to June, implying lackluster immediate demand. It was at about a 70-cent premium at the start of this year.

Some refiners in Asia sought up to 50% more oil from Saudi Arabia this week after the producer cut official prices to the region by the most in about 30 years. The move by state-owned Saudi Aramco was closely followed by similar adjustments by producers in Kuwait and Iraq.