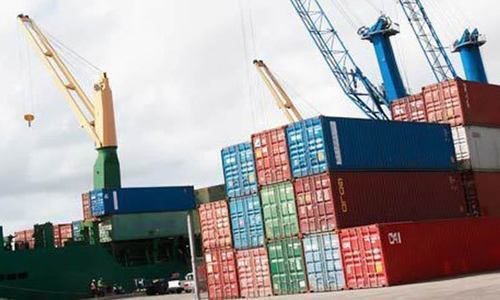 ISLAMABAD: A high-powered government committee has evolved a comprehensive report highlighting the threat of delay in supply chain of raw and intermediate goods besides a sizable decline in bilateral trade in the wake of epidemic coronavirus that hit China in December 2019.

Since the outbreak, this is the first indigenous report prepared to analyse the possible impact of outbreak of coronavirus on Pakistan’s global trade with special emphasis on bilateral transactions with China. Various governments departments and agencies were asked for consultations with relevant stakeholders.

The inter-ministerial Trade Advisory Committee (TAC) was set up at a time, when international institutions are also analysing impact of disruption in supply chain of raw and intermediate goods from China to the global market.

In consultation with almost 12 trade associations, it was suggested that importers are facing delay in supplies. The sectors that were consulted include auto, electric fans, cosmetics, marble, rice, pharmaceuticals, surgical instruments, readymade garments, leather and textile.

It is estimated that the current stocks are available for 30 days or more and have not reached a critical level. However, the businesses believe restoration of activities within a month’s time, while for Hubei province it may take two months.

In textile, the prices of polyester begun to rise but now is decreasing towards stabilisation. But in terms of readymade garments, orders have diverted from China to Pakistan which will result in improved export figures for US and EU in the coming months.

The garments industries have already received exports orders from EU and USA for which local manufacturers are now operating on full capacity. On the other hand, outbreak in Iran can impact the leather sector as they import raw skin of sheep and other animals in bulk quantity from the Islamic Republic.

The biggest decrease in exports of Pakistan to China was seen in rice for February, which the concerned association believes will rebound quickly. But in case of emergency, the rice, especially Irri-6, is expected to divert to the African market.

Pakistan’s exports of fish and fish products to Thailand will decline mainly because the tourism industry of Bangkok has badly been affected by the outbreak.

The stakeholders of cable manufacturers, cutlery, steel manufacturers and marble industry have informed the government that raw material and intermediate goods will last for one month. However, these sectors are optimistic that supplies will resume within a month.

It was also pointed out that some confusion was created owing to certain orders which led to disruption in exports of commodities. The export consignment of mask was stopped on the order of the Drug Regulatory Authority of Pakistan. However, the ban yet to be issued by the Ministry of Commerce.

Similarly, the Ministry of National Health regulation issued for the fumigation of all consignments of secondhand clothes, which was overstretched to all cargo entering Pakistan. This decision was later clarified and had already caused much confusion. The government also imposed ban on import of live animal and birds from China.

On the bilateral side, Pakistan’s trade with the has been affected adversely during the 24 days of February as exports have declined by $28m or 18pc whereas imports fell $137m or 15pc.

“For now, the stakeholders do not sound vulnerable to look for alternate options of imports,” the report says, adding unless the situation in China further deteriorates and supplies remain stuck. “There is nothing to panic at this point in time,” it continues.

At the same time, reports from trade and investment offices in China have confirmed that although there are delays in clearance of shipments to and from the country given shortage of staff and pile up due to earlier closures, port operations are now coming back to normal.

“Not a single complaint has been received by commercial section where Pakistan-bound shipments are not being cleared,” claimed the report quoting trade offices in China.

Masks in luggage: How a Malaysian tech firm reopened its China factory

The need to develop the Covid-19 vaccine supply chain now!