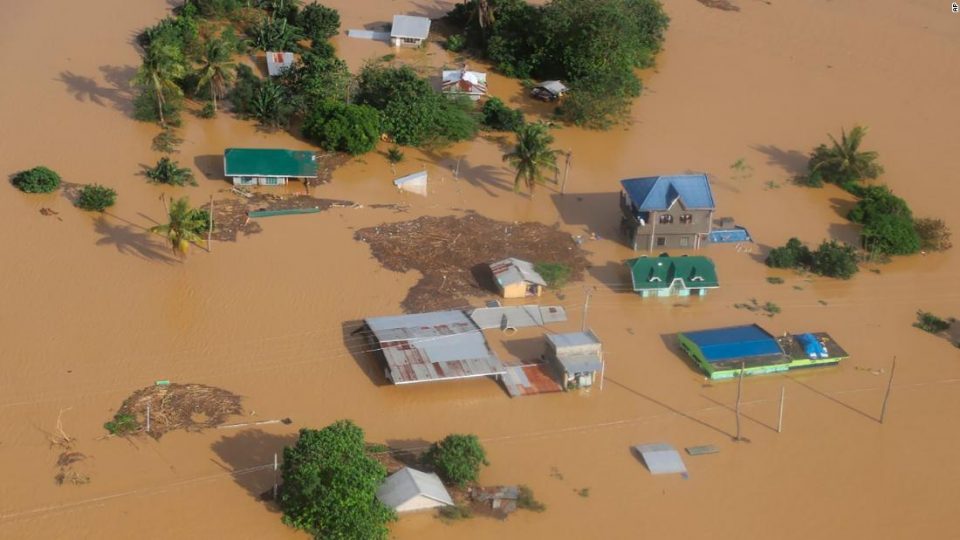 Packing winds of up to 150 kph (93 mph), Vamco hit Vietnam’s coast roughly 100km (62 miles) northwest of Da Nang Sunday local time, according to CNN Weather. Although the storm is weakening and will continue to do so as it moves inland, there is still a threat of flooding and landslides.

“This is a very strong typhoon,” said Prime Minister Nguyen Xuan Phuc, before the storm hit as he warned provinces in Vamco’s projected path to prepare for its impact.

The provinces planned to evacuate 468,000 people by the end of Saturday, according to state media citing the government’s disaster management authority.

Vietnam is prone to destructive storms and flooding due to its long coastline. Vamco is the 13th storm to hit the Southeast Asian country this year, where more than 160 people have been killed in natural disasters triggered by a series of storms since early October.

“There has been no respite for more than eight million people living in central Vietnam,” said Nguyen Thi Xuan Thu, president of the Vietnam Red Cross Society. “Each time they start rebuilding their lives and livelihoods, they are pummeled by yet another storm.”

In the Philippines, coast guard and disaster agencies scrambled on Saturday to rescue thousands in a northern province after the 21st cyclone to hit the Philippines this year tore through the main island of Luzon late on Wednesday and early Thursday.

On Sunday, 21 people were injured and 12 were missing.

More than 25,000 houses have been damaged and $9.7 million (469.7 million Philippine peso) worth of infrastructure has been destroyed, National Disaster Risk Reduction and Management Council spokesman Mark Timbal said Sunday. Another $24.7 million worth of agriculture has been damaged by the flooding and landslides caused by heavy rainfall and strong winds brought by Typhoon Vamco.

Carbice raises $15 million in Series A investment round