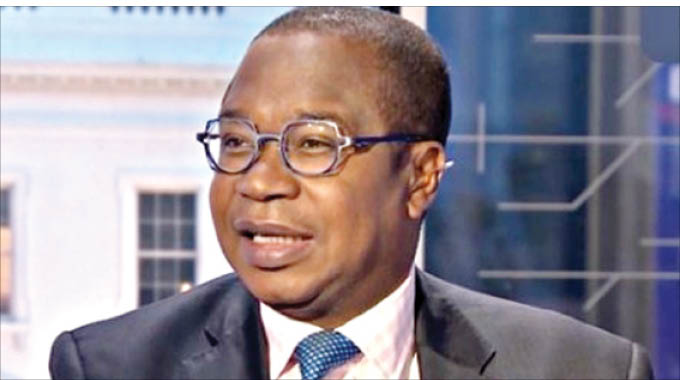 DURING the month of May, finance minister Mthuli Ncube announced that there would be the establishment of a second stock market in Zimbabwe which will trade exclusively in foreign currencies in the resort town of Victoria Falls. The stock exchange which is referred to as the Victoria Falls Stock Exchange (VFEX) was formalized, registered with the Securities Exchange Commission of Zimbabwe (SECZ), assigned modalities outlining its operations and a statutory instrument governing its activities. It will operate as a subsidiary of the Zimbabwe Stock Exchange (ZSE) amidst the need to attract more foreign capital which the ZSE is not specifically designed to do. It is reported that the allure of Victoria Falls will assist to attract global capital particularly aiming to raise funds for the mining sector. With the Victoria Falls falling under a Special Economic Zone regulations are likely to be relaxed which will encourage business and growth opportunities for the VFEX. The aim of the stock exchange is to provide a platform which allows easier repatriation of funds with respect to foreign capital thereby solving the challenges with the traditional Zimbabwe Stock Exchange where investors were struggling to repatriate their investments to their parent countries. Australian mining company, Arcadia Resources, and a total of about 80 companies have shown interest to list on the VFEX and this represents a step in the right direction for the soon to be launched platform. The government also expressed keenness to raise funds for compensating some displaced farmers through issuing bonds that will be sold on the VFEX. The possibilities are limitless but what exactly could go wrong? How can the new stock market be utilized for maximum results? A good management of this second stock market, after the ZSE will likely bring results of successful new enterprise, job creation and a burgeoning economy. Are we on the cusp of a new era in Zimbabwean financial markets?

The holding company of the VFEX which is the Zimbabwe stock exchange (ZSE) is now relevant to largely local investors and foreign investors targeting sectors outside of mining. The ZSE has through the years faced tumultuous times owing to harsh global political realities which led to extreme economic conditions in the country. With the emergence of hyperinflation in early 2007 there have been less capital inflows and global capital has been limited towards the Harare based stock market. Things took a new turn for the ZSE after the dollarization of the economy in April 2009. There was a surge in investment which peaked to an average of around US $26 million per month in 2013 but now stands at a meagre $1 million monthly in 2020. The VFEX represents a reset button which will assist to attract exclusively foreign denominated capital once more and solve the foreign capital scarcity issue on the ZSE. Although not currently in its prime the ZSE has been responsible for the listing of some of the most successful entrepreneurial stories in Zimbabwe which include the listing of Econet Wireless Holdings, Seedco, Delta holdings and other blue-chip companies. In this respect the VFEX should also target launching IPOs (initial public offerings) of companies that will contribute immensely to the Zimbabwean economy. Enterprise which is ground breaking and provides an opportunity for job creation and economic activity should be given a chance. All investment ideas presented by entrepreneurs must be matured with the assistance of the VFEX team of staff to the best of their abilities. The staff compliment on the VFEX should be known for putting in maximum effort and creativity for the success of companies that list on their platform. Rigidity and bureaucracy should be avoided.

Administrative and marketing excellence will largely determine the success or failure of the VFEX. The new stock exchange should make it cheaper and more efficient for investors to trade. Fees charged and time taken to settle transactions should be as low and as efficient as possible. The technology used for operations must provide for security, speed and transparency in the settling of transactions. The nature of global capital should be understood and also its market segments if any, so that marketing messages are effective and yield fruitful results for the stock market. All possible revenue streams should be utilised and exploited accordingly from the equity market, risk management, post-trade services and provision of data. Since the VFEX will be a market for attracting global capital it must be globally competitive. Ambitious yet achievable goals must be set. The VFEX may even aim to be a gateway for investors to access the Southern African region or even the African continent at large. There is no room for complacency. Regulatory authorities must responsibly oversee activities of companies on the VFEX and give regulatory guidance as and when required.

Providing investors with options to invest in more sectors of the economy apart from mining through the VFEX should attract larger investments and more dominant capital. Agriculture and other economic sectors have to be seriously considered for participation on the VFEX without being exclusive to the marketing of mining companies only. The country has the chance to diversify the economy from the outset of the launch of the new stock market. Diversification is important especially in times of weak global demand due to national lockdowns arising from responses to the corona virus pandemic. Mining entities may in fact have less takers compared to agricultural enterprises for the fact that a weak global economy implies weak demand for minerals and commodities. Entrepreneurs who are specialists in agriculture should be encouraged to create pitches and design lucrative business plans whose prospectus can be launched on international platforms like VFEX. Those willing to invest in agricultural production, irrigation and agricultural technologies should be given a chance. If they can design frameworks that investors can buy into this will bode well for employment creation, government revenue through taxes and economic growth. Other sectors which support import substitution, value addition and beneficiation of resources must also be given the priority that they deserve. For example, with an idea to reduce fuel consumption or reduce the import bill through creating a product or service that creates demand for public transport ahead of private transportation, such an entrepreneur should be given an opportunity to raise funds.

In an environment where there currently are limited flows of global capital to emerging economies and developing economies the VFEX must be branded, designed and accompanied by regulatory framework which makes it undeniably stand out. Holders of capital must be sanguine about the prospects of their investments yielding positive returns.

If the VFEX is successful it will therefore destigmatize Zimbabwe as a risky investment option. The success of the new stock exchange is an opportunity for Zimbabwe to re-establish its financial markets. With a non-existent market for international bonds in Zimbabwe, this is a precious opportunity. Eventually there should be the reintroduction of the international bond market, more activity on the money market and even a market for derivatives of which the derivatives are developed in Zimbabwe. The room for financial innovation is limitless. Therefore, the VFEX must be given due attention so that additional benefits accruing to the whole capital and financial markets are enjoyed.

Failure to anticipate problems has at times been a challenge for the ZSE and must be avoided by the VFEX. The are some costly omissions which led to a fall in trades on the ZSE and that repelled capital which must be avoided. In November 2008 the local bourse had to shut down for approximately 3 months owing to a phenomenon where speculative buying was driving stock prices extremely up and fraudulently creating a situation where buyers were crowded out of the market because of the steep price escalations. On discovery of this, the then RBZ governor Dr Gideon Gono intervened by suspending trading on the ZSE. If the leadership of the ZSE were alert to these misdemeanors they would have prevented the suspension of the market and allowed trading to continue to the benefit of the ZSE, companies listed and the government which earns stamp duty and tax on sales. In June this year the ZSE was suspended once more for allowing speculative activity which was pinned to be the reason for the depreciation of the local Zimbabwean currency. Operations only resumed in August with the elimination of 3 fungible stocks from the market. In this regard the VFEX should anticipate problems and solve them strategically and effectively. Working with regulatory officials will be imperative to address some of these challenges and nipping them in the bud.

In a move to attend to the challenge that arises with country risk, the government is reported to be in talks with international banks and insurance companies so that capital inflows on the new stock exchange are insured or indemnified against political risk. This stands out as an effective move because one of the major deterrents towards attracting investors to Zimbabwe has been country risk. Zimbabwe is ungraded by several credit rating agencies and this makes it extremely difficult to attract global capital. Without a sovereign credit rating investor cannot determine the level of risk associated with investing in Zimbabwe. Having trading on the VFEX indemnified for political risks by international banks will go a long way in reducing country risk. There is also a need for politicians across the political divide to put the interests of the country ahead of their self-interests and of the desire to appease foreign players because a souring of political relations can lead to capital flight as political risk rises.

The VFEX will operate in accordance with statutory instrument 196 of 2020. The statutory instrument describes the legal modalities under which the VFEX will operate. Amongst the outlines of the statutory instrument is the provision that entities which raise funds on the exchange must spend 20% of what they raise within Zimbabwe within a period of five years. The provision is outlined as follows: And a company whose residence lies in Zimbabwe and additionally is not currently listed on the ZSE may apply for listing on the VFEX, after meeting the conditions that “(i) any capital raised by such company on the Exchange shall be from an offshore source or from free funds; (ii) at least 20 percent of such capital shall be re-invested or employed in Zimbabwe no later than five years from the date that it was raised.

Some would argue that in order to maximize the opportunity of a US dollar denominated stock market there is a need to create a provision that companies which raise funds on the VFEX should invest a minimum of 80% of what they raise within a period of two years. This will fend-off speculators and ensure that serious investors are attracted to the market. In Zimbabwe speculative activities are responsible for the carnage of the country’s foreign exchange position, balance of payments position and overall economic growth. It is vital to avoid promoting speculation. Activities of genuine entrepreneurs must however be encouraged accordingly.

Kevin Tutani is a Zimbabwean political economy analyst and Pan African ideologist. He can be contacted on Cell: +27639857777 for feedback

This Is How The U.S. Marine Corps Will Dominate In The 21st Century

Made in Fiji: why it makes sense | NZBusiness Magazine