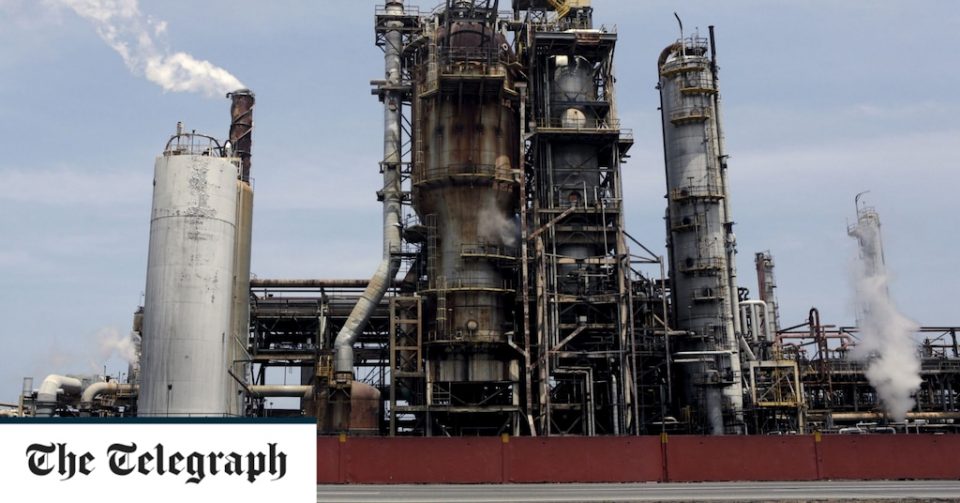 “Maduro has run out of options,” Raul Gallegos, director of Control Risks, a political-risk consultancy, told The Telegraph. “Venezuela still has the largest crude reserves in the world, it just lacks have the capital or the know-how to extract it and generate revenue. They need to give a chunk of these assets to foreign companies to get them online again.”

PDVSA has been gutted of technical expertise, causing oil production to fall to its lowest level since the end of World War II. US sanctions mean that what little is produced has nowhere to go. Storage facilities are near capacity and an abandoned vessel full of Venezuelan crude oil lists dangerously off the coast of Trinidad & Tobago.

Would-be investors would face US sanctions on their global assets and encounter serious corruption risk inside Venezuela. It is expected that most will be from either Russia, China or Iran.

That will potentially increase the political foothold of Moscow, Beijing and Tehran within Venezuela, and further complicate its already hostile relationship with the US.

“Sanctions have forced Venezuela to go darker with the people it deals with, and Russian and Chinese firms have shown themselves to be less concerned with US sanctions and reputational risks from dealing with a dictatorial regime,” said Mr Gallegos.

“We’ll see the Venezuela government become much more dependent and aligned economically and politically with Russia and China.”