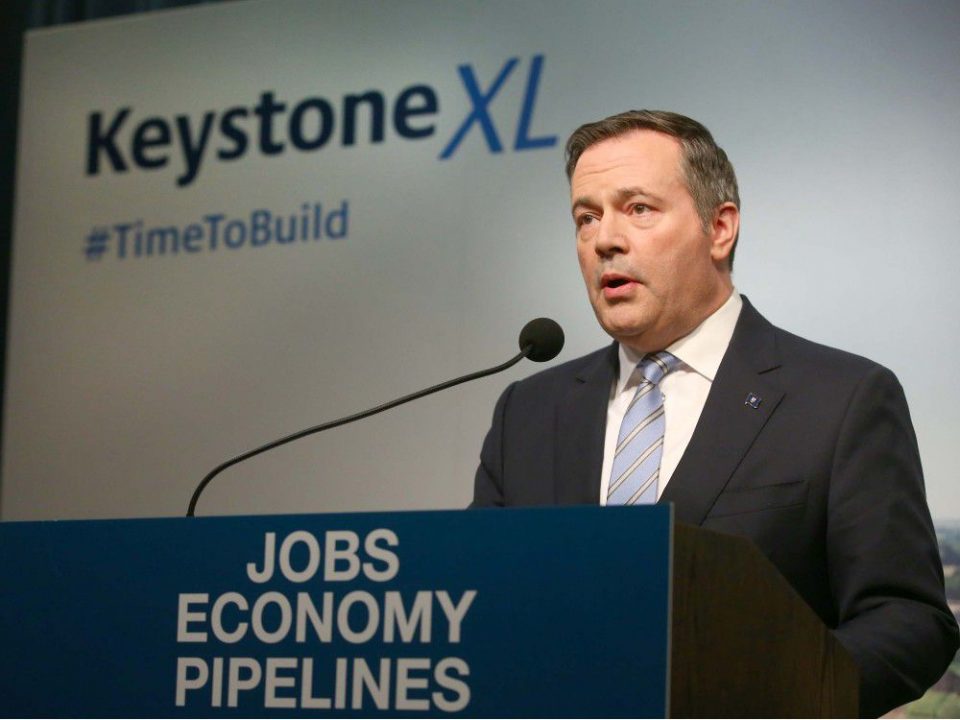 The report conservatively estimated the lost value at more than US$14 billion.

“At the end of the day, you need more egress capacity in the (Western Canada Sedimentary) Basin than it currently has to ensure more price stability,” said IHS vice-president Kevin Birn.

The motivation for Alberta to see Keystone XL built is obvious — more jobs created, higher revenues for producers, as well as increased taxes and royalties for the government.

Almost all of the $6 billion in loan guarantees can be pulled back if the U.S. cancels the cross-border permit for Keystone XL, the premier said.

“We do believe we will have legal options,” he said.

“That’s one of the reasons we entered into this with risk, knowing that if the United States retroactively abrogates a permit, we believe that triggers all sorts of opportunities for us to claim damages.”

James Coleman, an expert in pipeline law and a professor at Southern Methodist University in Dallas, said Alberta and TC Energy could file a claim against the U.S. government under NAFTA.

But he doesn’t like the province’s chances of winning.

“No matter how good your facts are, no one has ever won one of these cases against the U.S.,” he said.

Without knowing the details of Alberta’s contract with TC Energy, it’s difficult to assess the province’s total financial exposure if the project is blocked, said NDP energy critic Kathleen Ganley.

Supply Chains and Coronavirus – The Atlantic

Where is the voice of the left as ‘libertarians’ annex the Covid-19 debate? | Coronavirus outbreak

How Luxury Brands Are Getting More Intimate With Customers