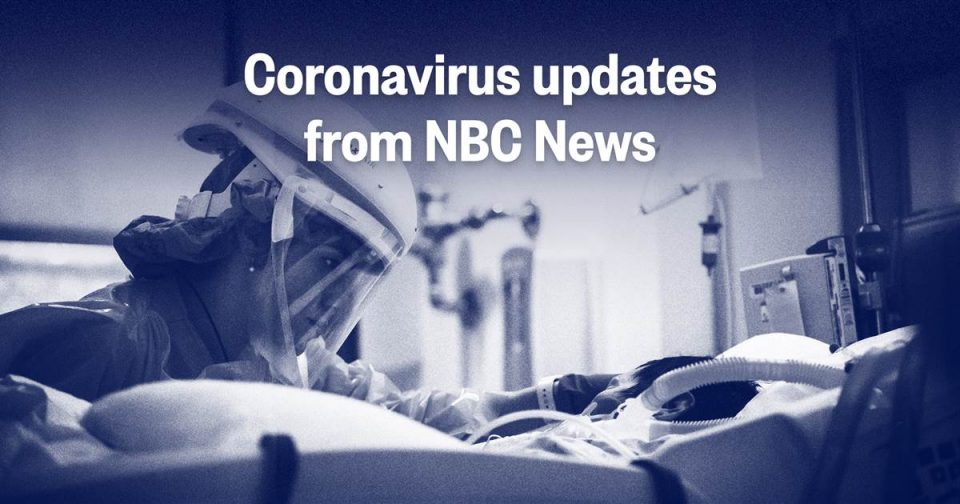 JOHANNESBURG — South Africa says it will import 1.5 million doses of the AstraZeneca vaccine to inoculate the country’s health workers. This is South Africa’s first announcement of the purchase of a Covid-19 vaccine as its cases soar.

The first 1 million doses will be delivered later this month from the Serum Institute of India, followed by an additional 500,000 doses in February, Health Minister Zwelini Mkhize announced Thursday.

South Africa is battling a dramatic resurgence of Covid-19 that is quickly outstripping its first peak. It announced record highs of 21,832 new confirmed cases and 844 deaths late Wednesday.

CHICAGO — Despite a work order requiring public school teachers to return in person this week, Kirstin Roberts did not go into the Brentano Elementary Math and Science Academy, on the city’s northwest side, where she teaches preschool.

Instead, she cleared several inches of snow from the school’s courtyard, set up her laptop and taught her students remotely outside as temperatures dipped well into the 30s on Monday.

“I feel safer sitting outside and working than I do inside the building,” Roberts, 53, said, who along with several other teachers sat in the cold in protest of the order.

Chicago Public Schools phased in its reopening plan on Monday by requiring some teachers to return to schools to prepare for in-person instruction, but Roberts said conditions were not appropriate to reopen. She is now teaching from home despite receiving an email from the district that she is not complying with employee attendance expectations.

SEOUL, South Korea __ South Korea says it will extend its ban on incoming flights from Britain for two more weeks until Jan. 21.

Authorities said Thursday they’ve found three additional cases of the more contagious variant of the coronavirus identified in the U.K, taking the total to 14. South Korea has also found one case of a coronavirus variant detected in South Africa.

Officials say a recent outbreak appears to have peaked because they aren’t seeing a further upsurge in infections. The country reported 870 new cases on Thursday, the third day in a row that the figure has been below 1,000. The new cases took the national caseload to 66,688 with 1,046 deaths.

South Korea on Monday extended its second-highest social distancing rules, called “Tier 2.5,” in the greater Seoul area and the third-highest rules in other areas for two more weeks.

Japan declares state of emergency for Tokyo, nearby areas

TOKYO — Japan has declared a state of emergency for Tokyo and three nearby areas as coronavirus cases continue to surge, hitting a daily record of 2,447 in the capital.

Prime Minister Yoshihide Suga issued the declaration at the government task force for the coronavirus. It kicks in Friday until Feb. 7, and centers around asking restaurants and bars to close at 8 p.m. and people to stay home and not mingle in crowds.

The declaration carries no penalties. But it works as a strong request while Japan juggles to keep the economy going.

Shopping malls and schools will remain open. Movie theaters, museums and other events will be asked to reduce attendance. Places that defy the request will get publicized on a list, while those that comply will be eligible for aid, according to officials.

Coronavirus cases have been surging in Japan after the year-end and New Year’s holidays.

Foodservice wholesalers gear up for their 2020 digital marketing

Global Procurement Contract Management Market 2020 | Know the Companies List Could Potentially Benefit or Loose out From the Impact...