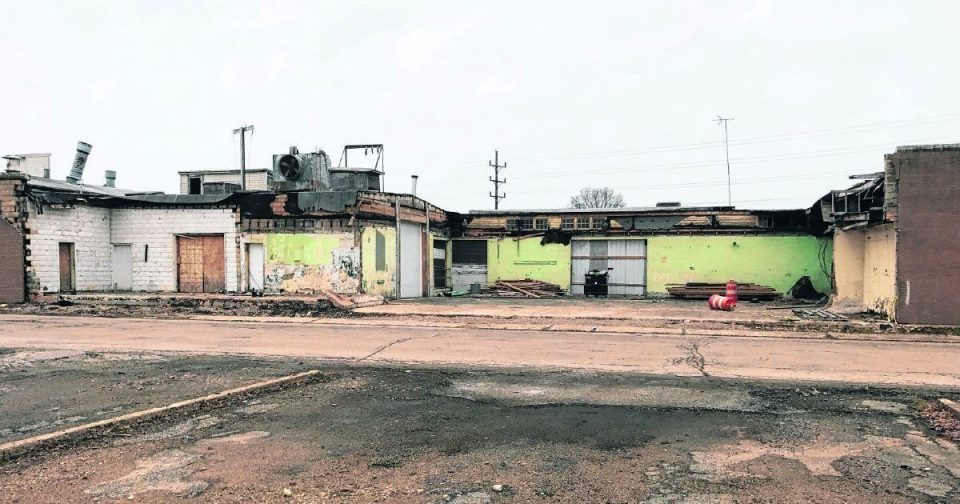 Tentative plans are in the works to renovate a former manufacturing facility that has been sitting empty for the past 17 years.

If the city gives its blessing, the former Vernco/Ventra building at 1804 22nd St. will be converted into commercial tenant spaces, according to an application submitted Jan. 13 by Clinton Mann of Mann Properties in Columbus.

Potential uses for the property listed by Mann include retail stores and a worship facility. He also said in the application that there is currently interest from a soccer club to locate in one of the spaces.

But specific occupants will not be recruited until the city approves plans to renovate a dilapidated parking lot west of the building on the other side of Cottage Avenue, according to Clinton Mann’s son, Justin Mann.

The matter was postponed by the Columbus Board of Zoning Appeals (BZA) in January to allow Mann Properties the opportunity to comply with unresolved issues, such as submitting a phasing plan for street improvements to Cottage Avenue, as well as to both 22nd and 23rd streets. City planners are also asking for building elevations for review and approval.

The two key issues for city planners is whether safe pedestrian access can be provided across Cottage Avenue to the newly renovated parking lot Mann Properties wants to construct, according to the application. The extent that the developer should go to fulfill rezoning commitments made earlier on the property are also being considered by planners.

In his Jan. 13 application, Mann stated he wanted to ask the Board of Zoning Appeals for parking lot variances regarding setbacks from Cottage Avenue, landscaping and buffers.

After the January hearing on the zoning was continued, Justin Mann said he’s not sure when the matter will be brought back for consideration by the Board of Zoning Appeals.

The board’s next meeting is scheduled for 6:30 p.m. Feb. 25 in the FairOaks Mall. City meetings have been moved to the mall property while maintenance work is completed on the Columbus City Hall elevator.

Although the former Vernco/Ventra building may be largely unnoticed today, the manufacturing facility employed a substantial number of Bartholomew County residents during the last century.

Built in 1935, the industrial facility originally housed the V.E. Sprouse Co., an Indianapolis-based firm that made humidifiers, fans, electric motors and auto parts. It wasn’t until 1953 that the business changed its name to Vernco Corp.

A few milestones were reached by Vernco during the following decade. One includes a $90,000 office addition completed in 1962 that, if adjusted for inflation, would be about $762,000 today. The other milestone was employment growth that reached 325 workers in 1968.

After the business was purchased by Emerson Electric in 1977, the company kept the Vernco name. But three years later, company officials announced they were considering closing their Columbus plant and transferring all manufacturing to other facilities.

When purchased again in 1985, the manufacturing facility adopted its parent company’s name: Ventra Corp. The company made air tanks for truck braking systems.

A short time after being acquired by the Flex-N-Gate Corp., city officials made the announcement that Ventra Corp. would close the Columbus facility no later than January 2003.

During the company’s final year of operation, the land and improvements for the 71,610-square-foot manufacturing facility was assessed at $948,600. But after being vacant for so many years, the 2019 building and property assessment was listed at $340,100.

While an older section of the factory on the building’s west side has already been demolished, Justin Mann says no renovation has yet taken place on the remainder of the building..

Beside the parking lot that Mann Properties wants to improve, the block west of the former manufacturing building also includes Carpet Mania on the north side. Clinton Mann, who also owns that business, moved the retail outlet to 2258 Cottage Avenue after a devastating fire destroyed the former location near 10th and Michigan streets in January 2018.

‘Gin palace’ F1 motorhomes could be on their way out

Meet the entrepreneur behind Ignite, the business accelerator at Factory 114 in Tampa • St Pete Catalyst