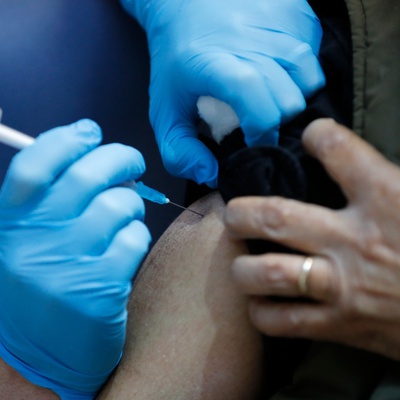 The Veterans Affairs Department will begin its COVID-19 vaccine distribution with about 73,000 doses, an official told lawmakers on Wednesday, though staff remain concerned about the department’s ability to deliver them around the country.

VA expects to receive its initial batch of vaccinations in the coming days, assuming the Food and Drug Administration issues an Emergency Use Authorization for Pfizer as expected. It has requested an opening order of 128,000 doses of the Moderna vaccine, which FDA is also expected to preliminarily approve in the near future.

Those vaccines will only inoculate a small portion of VA’s 400,000-person workforce and the 8 million veterans who receive care through the department.

“It’s not an adequate amount,” said Richard Stone, who leads the Veterans Health Administration, in testimony to the Senate Veterans’ Affairs Committee. “It will be a long process to reach” all of VA’s patients and employees.

The initial doses will only be distributed to 37 facilities around the country, Stone said, explaining those are the only centers equipped with the freezers necessary to store the Pfizer vaccine at negative-70 degrees Fahrenheit. VA is currently in the process of acquiring 36 more freezers. Until then, it plans to use 83 newly established contracts for dry ice to send vaccines beyond the original delivery points. That plan is still pending approval by the Centers for Disease Control and Prevention.

Stone said vaccine distribution will require a “herculean effort,” with particular attention on tracking every veteran and employee who receives a dose to ensure they also receive their second shot three-to-four weeks later. The process will become slightly easier upon receiving access to Moderna’s vaccine, which can be stored at negative-20 degrees and which VA can already accommodate at 188 sites. VA expects to receive new vaccines distributions on a weekly basis, but the details of those orders are pending production capacities and CDC decision making.

The VHA executive said he particularly anticipates “difficulties” in delivering the vaccine to veterans and employees located in rural areas, an effort he said the department cannot attempt in earnest until Moderna’s product is authorized. He added VA will need to have “creativity” to deliver the vaccine to those areas, noting he was looking to acquire short runway aircraft to aid the department in its efforts. Every VA medical center has run a simulation to prepare for each step of its vaccine distribution plan up to the point of delivering the shots, Stone said.

Like all jurisdictions around the country awaiting vaccines against the novel coronavirus, VA is planning a multi-tiered, phased approach to inoculate its workforce and constituents based on the availability of doses. Staff will make up four of the first five populations to receive the vaccine, according to a predecisional, draft document obtained by Government Executive last month. Employees at department nursing homes and its 25 Spinal Cord Injuries and Disorders Centers would receive the first batch of vaccines, followed by veterans at those facilities.

Stone raised concerns that VA will have the staffing necessary to deliver on its vaccine plan and adequate care as COVID-19 cases continue to spike to record highs. The department has received a series of waivers from the Office of Personnel Management to bypass normal hiring procedures during the pandemic, enabling it to onboard 66,000 employees. Those waivers were temporary, however, and Stone asked the committee to intervene on VA’s behalf.

“Should we expire in those authorities,” he said, “it will make it very difficult to sustain this workforce in the manner that we have.” He added VA will require additional financial resources on top of the $17 billion it received through the CARES Act earlier this year, despite only obligating less than half of that funding to date.

VA has seen its resources stretched not just through caring for the veteran community, but also by meeting its “fourth mission” to deliver care to the general public during emergencies. The department has sent staff and equipment to every state and territory in the country, Stone said. Now, as the department and Congress are set to move forward with the Asset and Infrastructure Review Commission, a panel created by the 2018 Mission Act to identify VA facilities to close or consolidate, it must consider those obligations.

“We are the safety net to this system,” Stone said. “Therefore what I thought was a review looking at where veterans truly were has expanded now to acknowledge the fact that we will need small facilities in remote areas of this country in order to serve a potential future pandemic as well as to serve America’s veterans.”

VA workers have consistently raised concerns throughout the pandemic about their safety, including regarding access to equipment, testing and leave, but Stone praised the department’s employees for their “dedication, resilience and innovation” over the last 11 months.

“Health care workers, including our VA staff, have rightfully emerged as the heroes of our response effort as they are on the frontline of our battle against this invisible enemy,” Stone said.

No obligation to disclose names of suppliers: Travel Weekly