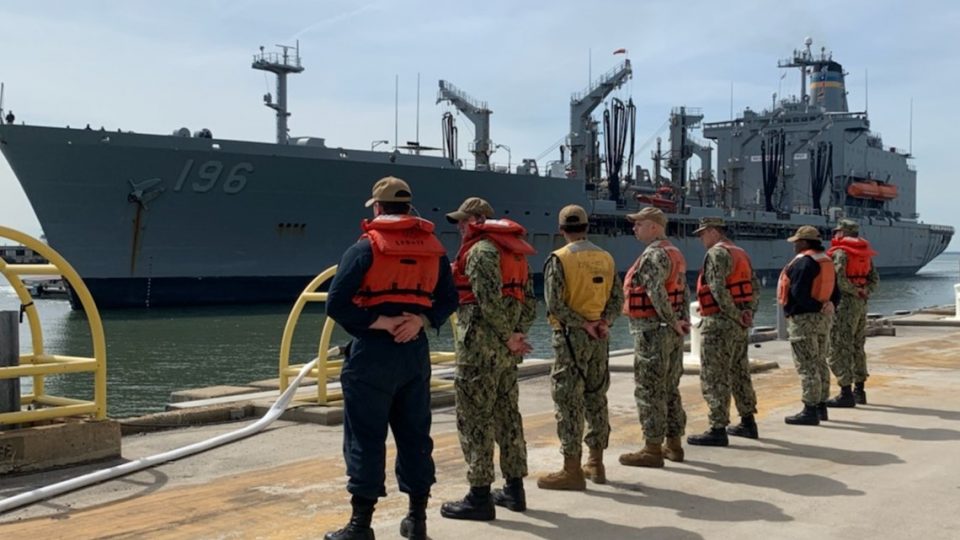 The Kanawha transported fuel, cargo and personnel to Navy combatants in the Arabian Gulf, Gulf of Oman, Red Sea and Indian Ocean.

NORFOLK, Va. — Author’s note: The video above is from a separate story about the military’s budget that aired on March 11, 2022.

During the course of that mission, the Kanawha transported fuel, cargo and personnel to Navy combatants in the Arabian Gulf, Gulf of Oman, Red Sea and Indian Ocean. The crew handled 37 at-sea transfers.

The Kanawha, like other MSC ships, is a Government-owned, non-combatant ship crewed by civil service mariners.

LaShawn Sykes, a spokesman for the Navy, said the Kanawha was the “sole replenishment oiler” for 2.5 million square miles of water for 121 of those 167 days.

Capt. Bobby Summers of USNS Kanawha said he was proud of his crew’s work during this trip.

“They rose to meet a multitude of challenges, including a short notice tasking in both Fifth and Sixth Fleets’ AORs,” he said. “Throughout the deployment, the crew remained, without ceasing, mission ready . . . always placing MSC’s best foot forward.”

The Kanawha transferred 9.6 million gallons of fuel, 1,634 pallets of critical cargo and two people to at-sea Navy ships during the deployment.