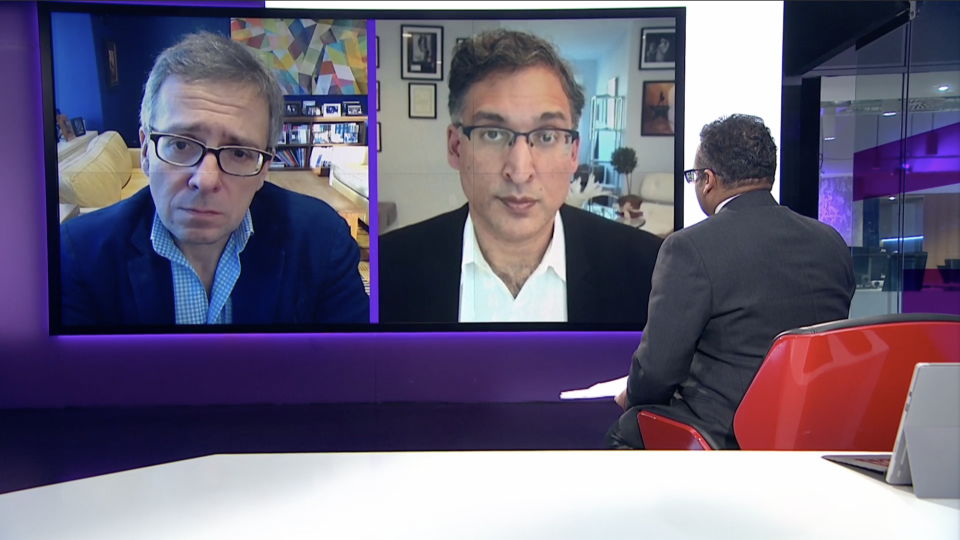 Joe Biden has condemned what he called the “unprecedented assault” on American democracy. Just days ago a political risk group predicted that division in the United States would be the biggest global threat of 2021 – bigger, even, than Covid.

The Eurasia group put Biden’s presidency at the world’s number one risk – ahead of climate change, cyber threats and plummeting oil prices.

With his leadership seen as illegitimate by roughly half the country, the group says a lack of confidence in him will extend beyond America’s borders, affecting his influence in global affairs.

The report warns the size of Trump’s base could mean another America First president in the White House in four years.

We are joined by one of the people behind the report, the political scientist Ian Bremmer, and Neal Katyal, who served as acting solicitor general during President Obama’s term of office and is currently the special prosecutor in the George Floyd case.