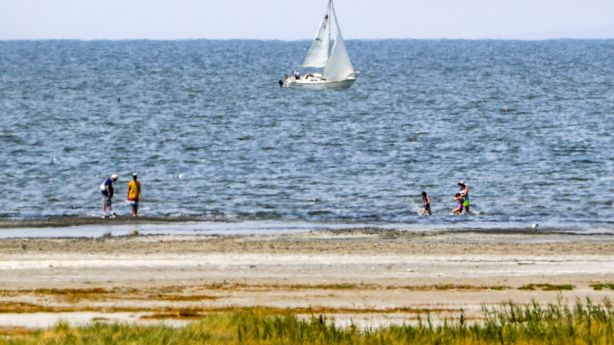 SALT LAKE CITY — 2020 resulted in the driest and one of the hottest years on record, a report issued by federal environmental officials Friday.

The annual report of preliminary data, published by the National Oceanic and Atmospheric Administration’s Center for Environmental Information, also found that it was the fifth-warmest year ever recorded in United States history — continuing a trend of warmer temperatures posted over the past few years.

While not the hottest year on record for Utah, two of its southwest counties broke records and nearly the entire rest of the state experienced temperatures well above average during 2020.

2020 was the driest year on record for Utah, according to the National Center for Environmental Information report. Federal data shows that Utah received an average of just 7.23 inches, easily breaking the previous record of 8.12 inches set in 1956.

It was also 6.33 inches below the state’s overall average of 13.56 inches. The center’s records for Utah date back to 1895 before it was even a state.

Utah’s 2020 precipitation also shows the difference a year can make. It was well below the 16.94 inches recorded in 2019.

Particularly low precipitation totals were reported across the state in 2020. As KSL.com reported on Monday, it was the driest calendar year on record for Cedar City and second-driest for Salt Lake City. It’s a large reason why over two-thirds of Utah is currently listed as being in an exceptional drought and about 90% of the state is in at least an extreme drought, according to the U.S. Drought Monitor.

Utah wasn’t alone on this dry front, either. Aside from Washington, most of the West posted precipitation totals below average.

The report stated that Utah’s western neighbor, Nevada, also posted a record low of 5.91 inches in 2020. It was the second-driest year on record for two of Utah’s other neighbors: Arizona and Colorado. California, New Mexico and Wyoming all posted precipitation totals within the five worst on record.

The dryness across the region helped 2020 become the worst fire season in the U.S. since the center began tracking the statistic closely in 1983. About 10.3 million acres of land was scorched by wildfires in 2020.

The report pointed out that five of California’s six largest fires in history happened over the course of the year. The largest of those, the August Complex, accounted for nearly 10% of the entire land consumed by fires in the U.S. during 2020.

Precipitation was a completely different story in the southeast U.S. where many states received precipitation well above the average. For example, it was the second-wettest year on record for North Carolina.

The report stated the precipitation was partly attributed to a record 12 named hurricanes or tropical storms that made landfall in 2020, breaking a record of nine set in 1916. Thirty total named storms were reported in the northern Atlantic Ocean during 2020, which broke a record from 2005.

Due mostly to those fires and storms, natural disasters resulted in annual losses of $95 billion, which was the fourth-costliest on record.

Overall, 2020 was also the eighth-warmest on record for Utah with an average temperature of 50.3 degrees, according to the center’s data.

Some places within Utah did break records. For instance, Washington County posted its warmest average temperature on record at 58 degrees. It broke a record dating back to Utah’s warmest year on record: 1934.

The main reason the state’s overall climate record wasn’t broken is that the first half of the year was cool enough to avoid records. The center notes that Utah’s six-month average of 55.2 degrees from July through December was a record for the final six months of the year.

At 54.4 degrees, 2020 was the fifth warmest on record for the contiguous U.S., according to the center’s report. More alarming for scientists is that all five of the highest record temperatures for the country were set since 2012 — the hottest year on record.

In fact, all parts of the contiguous U.S. reported temperatures above average — ranging from slightly above to record highs.