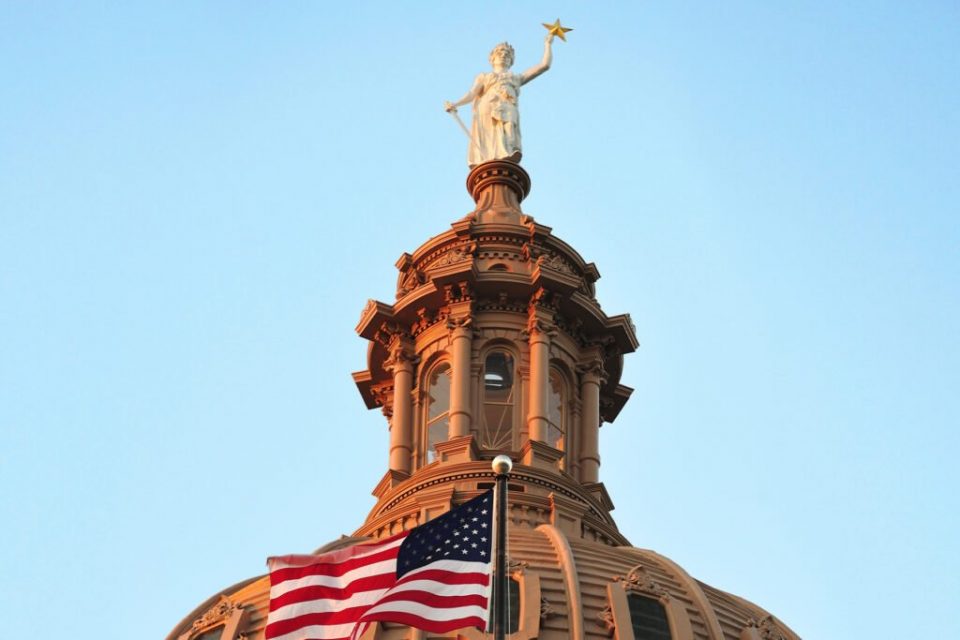 After decades of wrangling, Texas changed its laws to allow small-time brewers to sell beer directly to customers in 2013, punching a hole in a system that had given exclusive distribution rights to wholesalers and retailers. The brewers could only serve beer in their taprooms until 2019, when another law expanded their right to sell for off-premise consumption.

The beer industry still sells its lagers and stouts under the state’s thumb, but these small law changes created opportunities for small-scale entrepreneurs and gave beer drinkers more variety. Beer isn’t an anomaly. Despite all its free-market bravado and plaudits for being business-friendly, Texas still imposes many restrictions on conducting business within state borders.

Don’t take our word for it. The State RegData project at George Mason University’s Mercatus Center ranked Texas fifth-worst among states in total restrictions in 2020. Low taxes and right-to-work laws may give Texas free-market street cred. But when it comes to regulation, the state ranks closer to highly restrictive California and New York than lightly regulated Idaho and South Dakota (see chart).

How did Texas end up on a list of states with the heaviest regulatory burdens? RegData researchers determined the number of prohibitions and obligations contained in each state’s regulations and applied it to the Texas Administrative Code, yielding 263,369 restrictions in the database for 2020. The most heavily regulated states were California at 395,608 and New York at 296,296. This isn’t the company Texas usually keeps when it comes to free enterprise. Meanwhile, the 2020 Economic Freedom of North America report ranked Texas the fourth-most economically free state. Why the difference? The economic freedom scores give high marks for smaller government on taxes, spending, and labor markets. But regulation sometimes means companies get a helping hand from
the government.

Some laws and regulations that govern economic life serve legitimate purposes, such as protecting private property and ensuring public health and safety. However, many others do little more than vouchsafe the financial interests of entrenched producers or sellers, usually by squelching competition. Deciphering between good and bad regulation is rarely straightforward because private interests typically dress the government favors they seek in the garb of public interest. Politicians and academics regularly decry regulatory favoritism, but the system endures largely on the tyranny of the status quo. In 2020, the global COVID-19 pandemic gave the status quo a kick in the teeth, creating an opportunity to relax regulation.

Loosening Texas’ restrictions on brewing took years, but the early months of the coronavirus crisis brought quick approval of restaurant sales of alcoholic beverages for take-out and home delivery. The state waived regulations on doctors treating patients remotely, and the use of telemedicine took off. To increase the supply of healthcare workers, Texas eased several rules on licensing and training for doctors and nurses. Notaries can now do their jobs remotely.

A few baby steps toward greater economic freedom may seem trivial in the face of government dictates that shut down large swaths of the economy. The pandemic will end, and the emergency restrictions will fall away, but why stop there? Texans seem to like restaurants delivering cocktails and virtual visits to the doctor—why not keep these policies in place?

Next, the state should look for other superfluous economic activity constraints; the RegData implies they won’t be all that hard to find. The payoff would be faster growth at a time when Texas’ economy, its citizens, and its public finances need to recoup the losses from the pandemic-induced recession.

The Texas Public Policy Foundation, an Austin research group, called occupational licensing “the most strenuous form of labor market regulation.” All states require licenses for some jobs—often for good reason—but the practice has mushroomed nationwide, going from 5 percent of occupations in the 1950s to 22 percent today. In 2019, the state comptroller reported that Texas had 49 licensing boards, second-most among states. 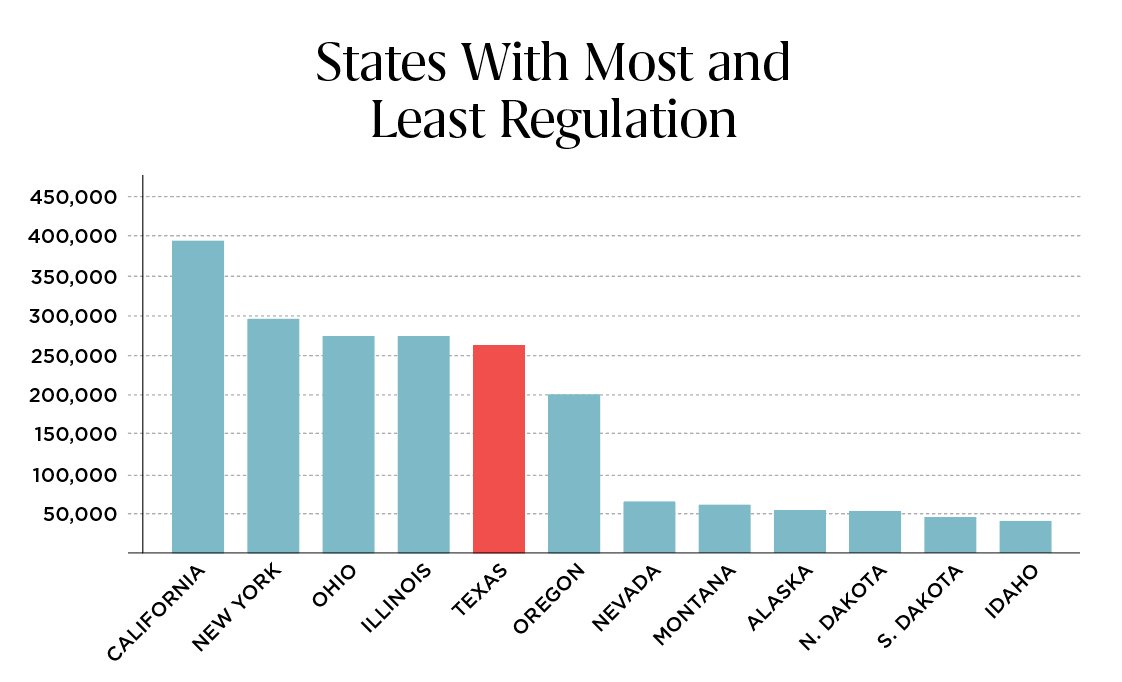 Occupational licensing keeps supply low by charging fees and putting other burdens on people just trying to make a living, and Texans must pay higher prices for goods and services. Pre-screening may not be needed to cut hair, fix broken locks, or weigh feeds and grains; it’s a conversation worth having.

Economic research often shows that taxpayers aren’t getting much bang for the buck from subsidies. Our Bridwell Institute colleagues, Dean Stansel and Meg Tuszynski found that targeted incentives often help big businesses. Still, they do nothing to spur the job-creating activities of small-scale entrepreneurs.

If Texans genuinely believe in free markets, getting the cronyism of unnecessary regulation out of the economic system would be an excellent way to show it—when the state needs to boost jobs and growth.

Trends Impacting Transportation and Logistics into 2021

Agencies scrambling to get a grip after SolarWinds hack