This article is a continuation of Robert Keim’s series on statistics in electrical engineering. If you’ve been following along, feel free to skip to the section below for a brief recap of statistical significance. If you’re just joining in, please review earlier articles in the series:

A Quick Review of Statistical Significance

The previous article explored the concept of statistical significance, which provides a widely used—though potentially misleading—technique for deciding whether a relationship exists between experimental variables. Here’s a recap:

The null hypothesis often takes the form of a normal distribution, because that’s the distribution of values produced by so many phenomena that are influenced in random or extremely complex ways. However, when we actually need to calculate a p-value and report statistical significance, we very frequently use the t-distribution.

More specifically, the exact shape of a t-distribution is determined by a parameter called degrees of freedom, denoted by ( nu ) (this is the lowercase Greek letter nu, not Latin v). Degrees of freedom is equal to the sample size (denoted by n) minus one:

The following plots show the t-distribution for different values of ( nu ), with the normal distribution included for comparison. 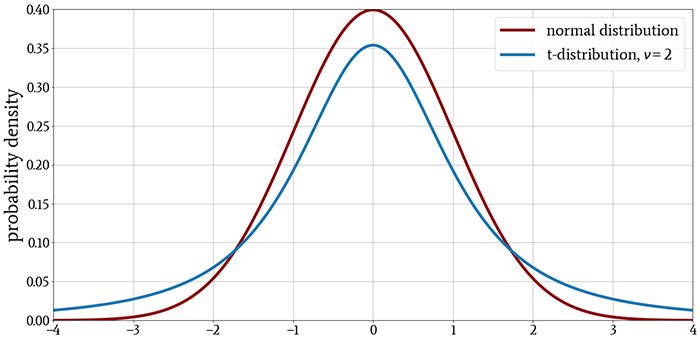 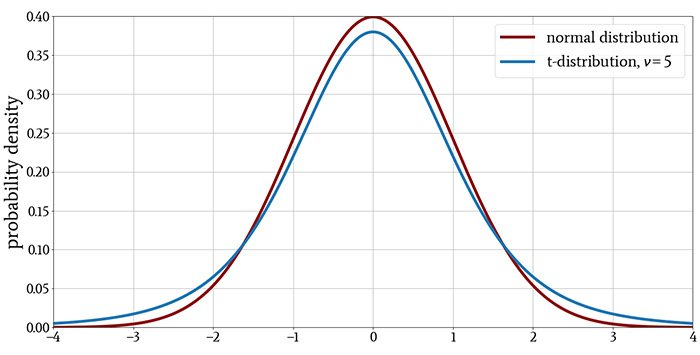 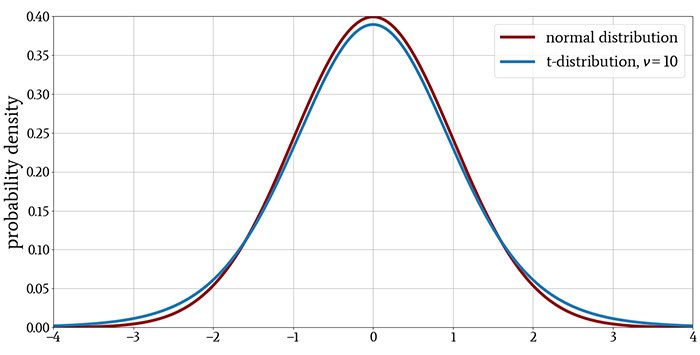 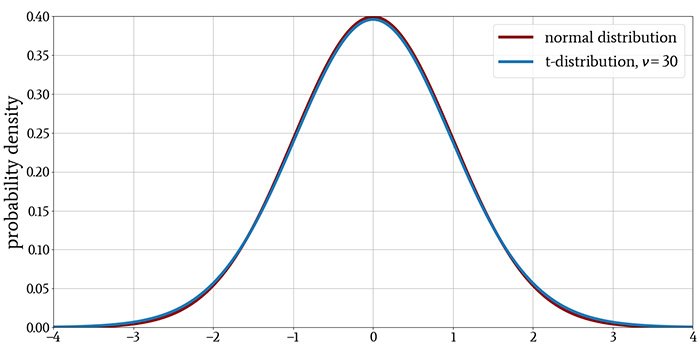 Characteristics of the t-Distribution

The t-distribution resembles the standard normal distribution: its mean is zero, it is symmetric about the mean, and the probability density decreases with the same general curvature for values above and below the mean.

However, this difference diminishes as ν increases, indicating that a larger sample size reduces the tendency to observe values that are far from the mean. The last plot demonstrates that when the distribution has more than approximately 30 degrees of freedom, there is essentially no difference between the t-distribution and the normal distribution.

The Origin of the t-Distribution 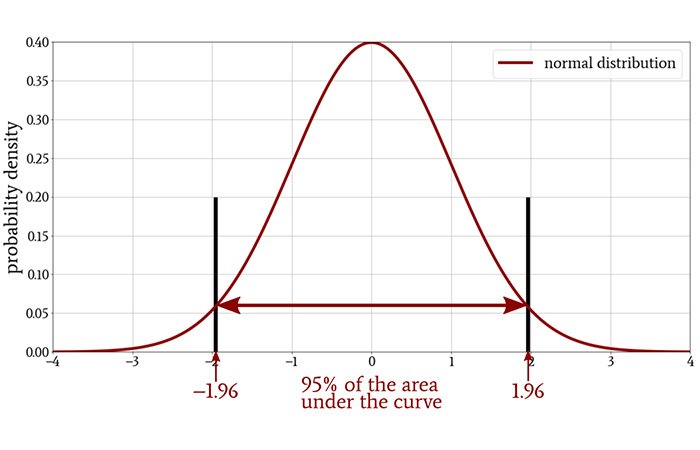 It turns out that when the sample size in an experiment is small, the confidence interval will be too narrow if we model the null hypothesis as a normal distribution. This means that some observed values could fall outside the interval and therefore suggest statistical significance when in reality the experimental result is not statistically significant.

Why is the confidence interval too narrow when we use the normal distribution?

As sample size increases, less compensation is required, and this is why the t-distribution more closely resembles the normal distribution when we have a larger sample size.

As you can see in the following plot, the 95% confidence interval becomes wider when we use the t-distribution instead of the normal distribution. 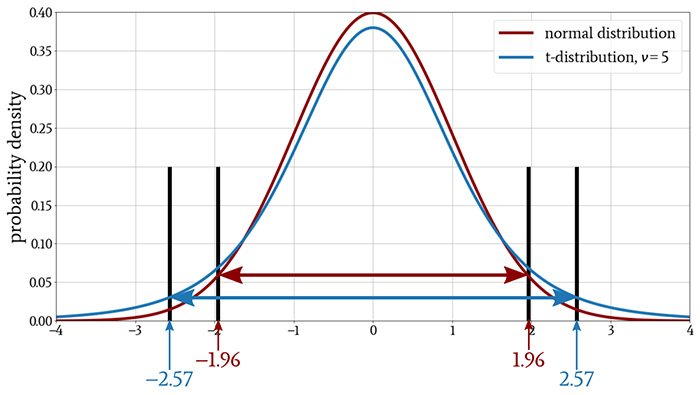 At this point, our discussion of the t-distribution is still quite theoretical. I hope that it has been theoretical in a good way, but in any event, future articles will help you to understand how we convert some of this theory into practice.