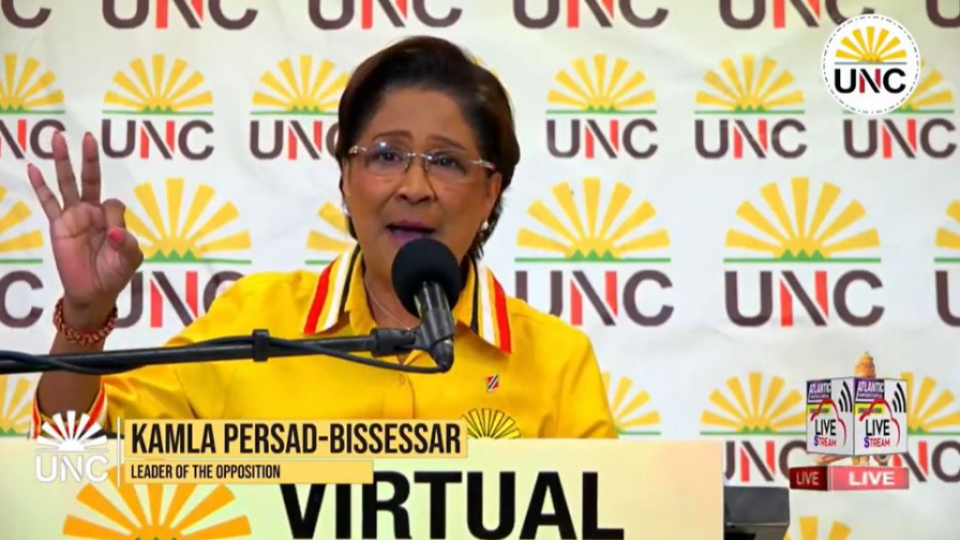 Former deputy chairman of the Office of Procurement Regulation (OPR) James Chang Kit is being hailed as a true patriot, following his resignation from the board.

Chang Kit tendered his resignation on Monday, citing issues with amendments to the Public Procurement Bill, which he called an “insult” to the office.

The Opposition leader echoed the sentiment of Senator Anil Roberts who called Chang Kit a “statesman” for his resignation.

The party pledged support for the former deputy chairman of the OPR.

Persad-Bissessar said she had information that another person from the Procurement board had either resigned or intends to follow suit.

She accused Government of failed promises on the enactment of procurement legislation as she noted that the administration when in Opposition voted against the legislation.

“It means they never wanted it since day one,” she said.

Persad-Bissessar said promises were made in every budget since the administration took office in 2015 to fully implement the procurement legislation.

“Instead of fully implementing [the legislation] what did they do? They have brought three amendments to the 2015 law. The first was to deal with shortening the term of office of the persons to serve on the procurement board.”

“I think they were waiting for the years to expire so those fellas would go. I think they were deliberately holding it back so that the persons who had been appointed in 2018 that their terms would expire.”

Persad-Bissessar contended that the amendments did nothing to strengthen the legislation and were “fixed” in a way to benefit “friends and family” of Government.

Diversity of application has been central to nanotechnology — is accessibility next?

Getting Back To Qualitative Growth With Deskera, GENIUS SOLUTIONS, IQMS, LILLYWORKS INC., OptiProERP – The Sentinel Newspaper