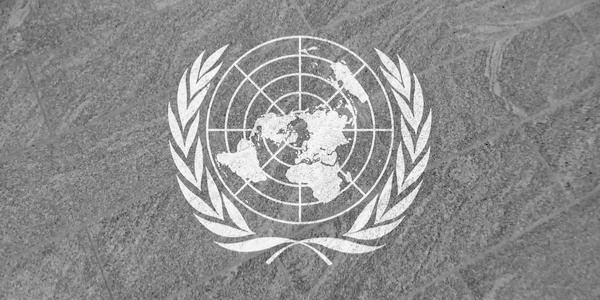 A REPORT from the United Nations claims that there has been a ‘staggering rise in climate emergencies in the last 20 years’.

According to the report, ‘The Human Cost of Disasters’, there have been 7,348 recorded ‘disaster events’ worldwide during the last two decades, compared with 4,212 in the previous 20 years between 1980 and 1999. Most of these are said to be weather-related.

The claims have been met with astonishment and ridicule by experts, who have pointed out that the report itself contradicts its central claim with a graph showing that the number of disasters has been falling since 2000:

Benny Peiser, director of the Global Warming Policy Foundation, has called for the report to be withdrawn. He said: ‘It’s a shambles; a catalogue of errors. The UN should withdraw the report immediately and apologise for misleading the public in this way.’

The UN report is based on data collected by the Emergency Events Database (EM-DAT), maintained by the Centre for Research on the Epidemiology of Disasters (CRED) in Belgium. There have been major changes in the way disaster events have been recorded and logged by EM-DAT over the years. Earlier annual reports from CRED, such as in 2004 and 2006, acknowledged that many disasters were not recorded in the past. The 2004 report noted: ‘Over the past 30 years, development in telecommunications, media and increased international co-operation has played a critical role in the number of disasters reported at an international level. In addition, increases in humanitarian funds have encouraged reporting of more disasters, especially smaller events that were previously managed locally.’

CRED began publishing statistics on disasters only in 1998, and that year coincided with a doubling in the number of disasters recorded, mainly due to more comprehensive reporting.

EM-DAT’s current definition of a disaster includes small local events affecting more than 100 people with ten or more reported killed. Thousands of such events may have gone unrecorded by EM-DAT in the past when methods were much more ad hoc, and before the days of the internet.

The datasets about the two different periods are therefore too different in quality, says Pielke. ‘You should not draw any conclusions about a changing frequency in climatic extremes on the basis of this dataset.’

The UN report is heavily politicised, and some of the language seems to have been inspired by the likes of Extinction Rebellion. Co-author  Mami Mizutori, head of the UN Office for Disaster Risk Reduction, claims: ‘Disaster management agencies have succeeded in saving many lives through improved preparedness and the dedication of staff and volunteers. But the odds continue to be stacked against them, in particular by industrial nations that are failing miserably on reducing greenhouse gas emissions,’ adding that it was ‘baffling’ that nations were continuing knowingly ‘to sow the seeds of our own destruction, despite the science and evidence that we are turning our only home into an uninhabitable hell for millions of people’.

Language such as this is not backed up by any credible data.

It is hard not to draw the conclusion that the purpose of this report has more to do with furthering the UN’s political agenda, rather than an objective analysis of the facts.

More detail on the UN report can be seen here.

Over 1.2 Million Plastic Caps Collected to Raise Awareness and Protect Sea Birds in Hawaii Arrive in Texas for Advanced Recycling

‘It was said’ – Quotations worth remembering – Potato News Today