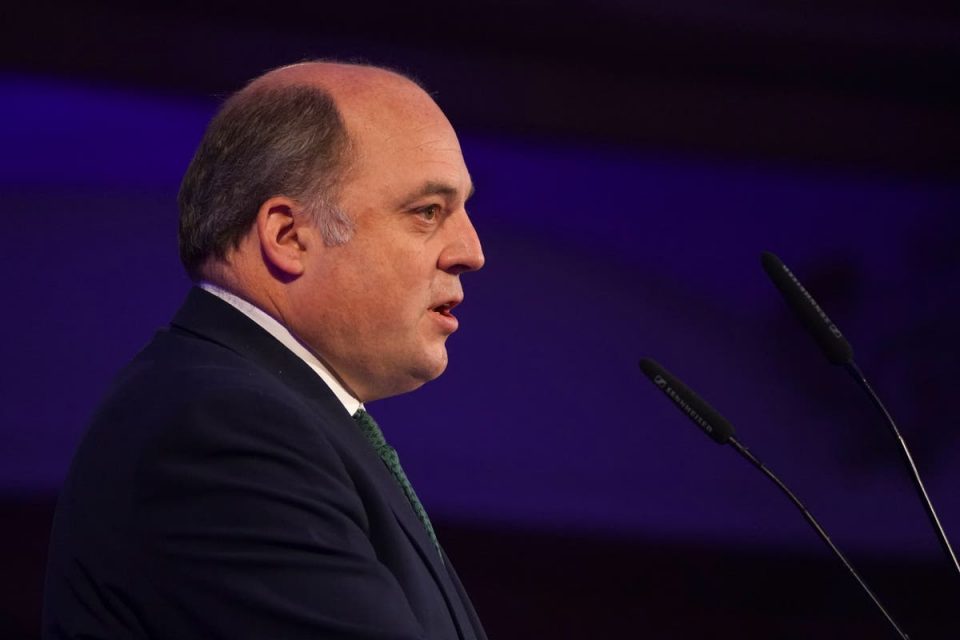 He told reporters at the Nato summit in Madrid that Rivet Joint or P8 Poseidon aircraft could patrol areas of the Black Sea if a deal was done to allow grain ships to leave Ukraine’s blockaded ports.

But he played down the prospect of Royal Navy warships being sent to the Black Sea.

He said that if Turkey, which controls access to the sea, allowed in Royal Navy vessels it could also let in Russian reinforcements.

Mr Wallace said that Ukraine’s ports only had the capacity to shift three tonnes of grain a month and there was a 23-tonne backlog so a limited ceasefire would not have a major impact.

He said: “We have to put this in perspective, even when Ukraine is at full throttle in its ports, it’s about three million tonnes a month. They have 23 million tonnes to ship.

“So you’ve got to sort of manage the expectations. If there’s a ceasefire on the Black Sea or there’s a safe passage, it’s not going to be like ‘oh, you can have it for six weeks, isn’t it generous of Russia’. I mean, you’re going to get out not very much in exchange.

“What the Turks are trying to do is – with the UN – hammer out details with the Russians about doing it.

“This is first and foremost about getting Ukrainian grain out of Ukraine.

“It’s not about helping stolen grain, allowing Russian ships with stolen grain out of the Black Sea, because the Ukrainians won’t buy that and they are not going to lift things for that.

“So we have to see what we could do. Britain’s role in that could be ISR (intelligence, surveillance and reconnaissance), we could help in overwatch, we could help in Rivet Joint, P8s down in the southern part of the Black Sea to protect.

“The Turks have got it pretty covered on mine hunting. We know the disposition of the minefields. So I think all of those things are definitely possible.

“But we’re not going to be sending our ships to the Black Sea because that would mean we would ask the Turks to lift the blockade on foreign warships or warships from other fleets.”

That would “benefit the Russians who would be able to resupply or bring in another Moskva” – a reference to the Black Sea fleet flagship sunk by the Ukrainians.