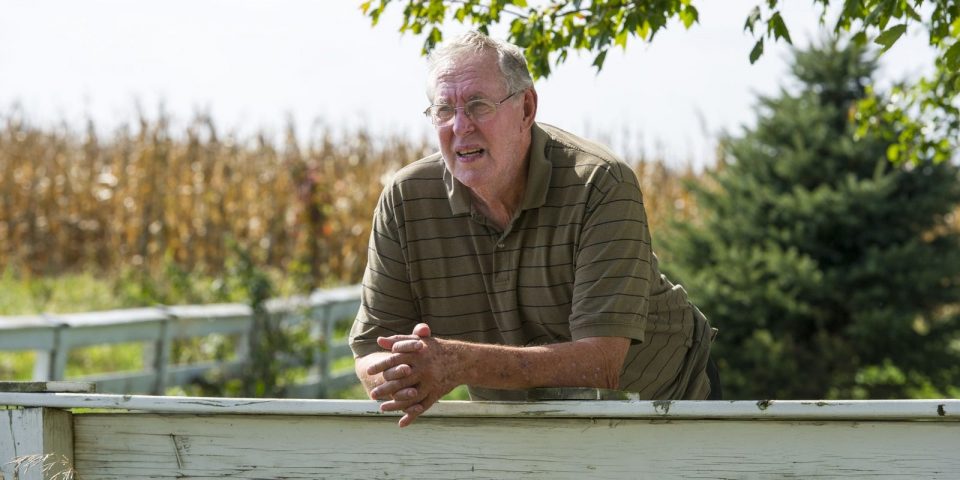 The Supreme Court began its new term Monday with a remembrance of “a dear friend and a treasured colleague,” the late Justice Ruth Bader Ginsburg. (Oct. 5)

Nearly five years after Richard and Janet Himsel’s legal battle over odors and other alleged harm from the nearby confined hog feeding operation began, it appears to be coming to a close.

Earlier this year, the Hendricks County couple, with the help of a local environmental group, asked the U.S. Supreme Court to weigh in on their case that claimed Indiana’s Right to Farm Act violated the U.S. Constitution. On Monday, the nation’s highest court rejected that appeal.

The court is asked to review more than 7,000 cases each year, and it usually accepts only about 100 to 150. Kim Ferraro, senior staff attorney for the Hoosier Environmental Council and the plaintiff’s counsel, said in July when the petition was filed that they always knew it was a long shot — but a shot they felt worth taking.

Ferrarro did not immediately respond to IndyStar’s request for comment. 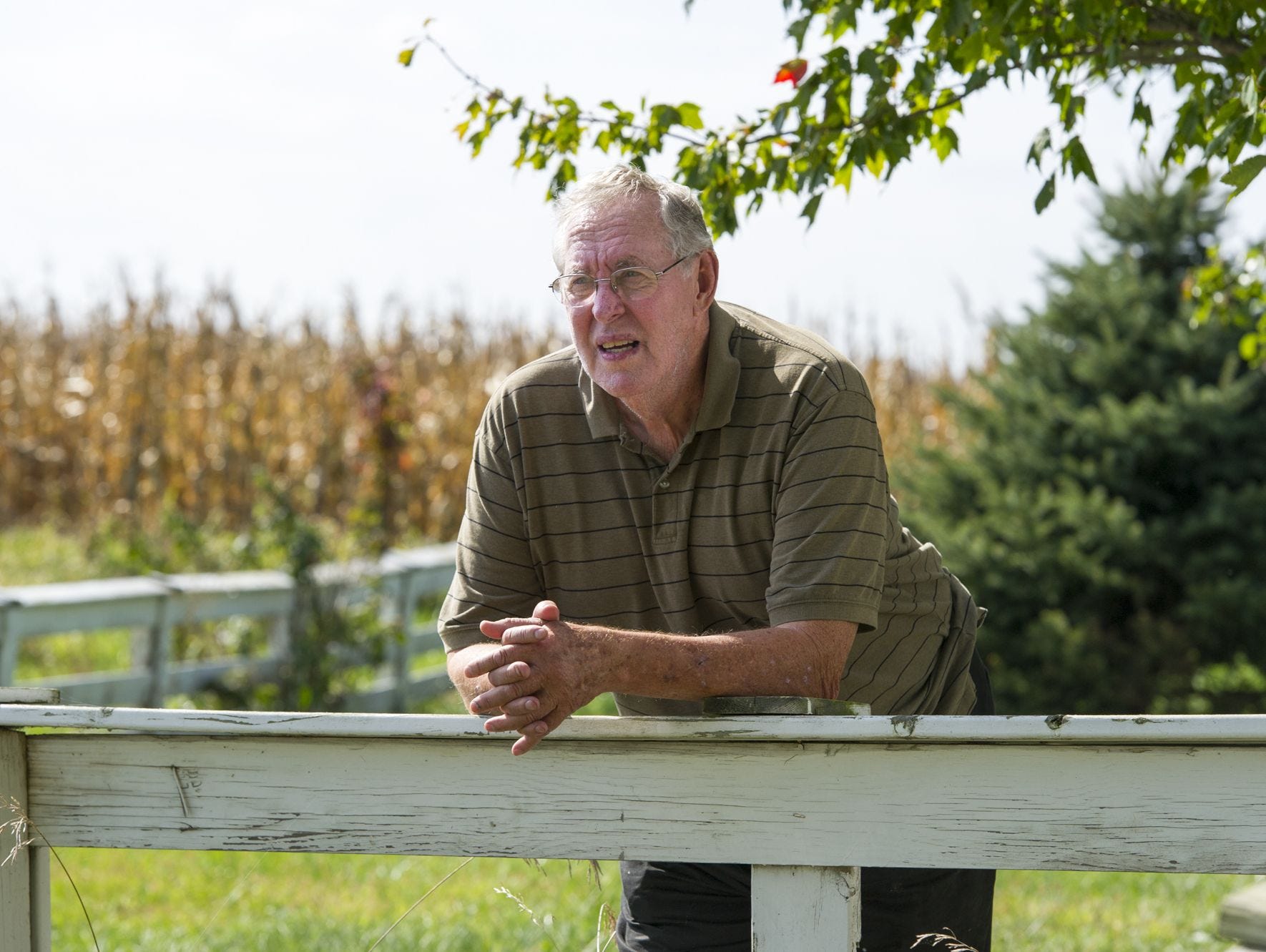 Richard Himsel lives on the farm his family has had since 1940 in Danville, Ind. Himsel has filed a lawsuit challenging the constitutionality of Indiana’s Right to Farm laws. He says the presence of the industrial-sized hog farm adjacent to his property, 1,600 feet from his home, has diminished the quality of his life. Due to the odor, his wife no longer lives on the property. (Photo: Doug McSchooler/for The Star)

Defense counsel Chris Braun, a partner at Plews Shadley Racher & Braun, said in a statement that this is a “huge win for Indiana farmers and the entire agricultural community.” He said this change allows farmers to modernize their operations and change the use of their farmland “while being protected from nuisance lawsuits by neighbors who disagree.”

The issue in the petition to the court was whether Indiana’s Right to Farm statute provides complete immunity for nuisance and trespass liability to confined feeding operations, and in doing so, violates the Takings Clause of the Constitution. That clause says that private property shall not be taken for public use without just compensation.

Richard and Janet Himsel — along with another neighboring couple — filed a lawsuit in 2015 after an 8,000-hog barn moved in next door two years before and allegedly began causing harm. 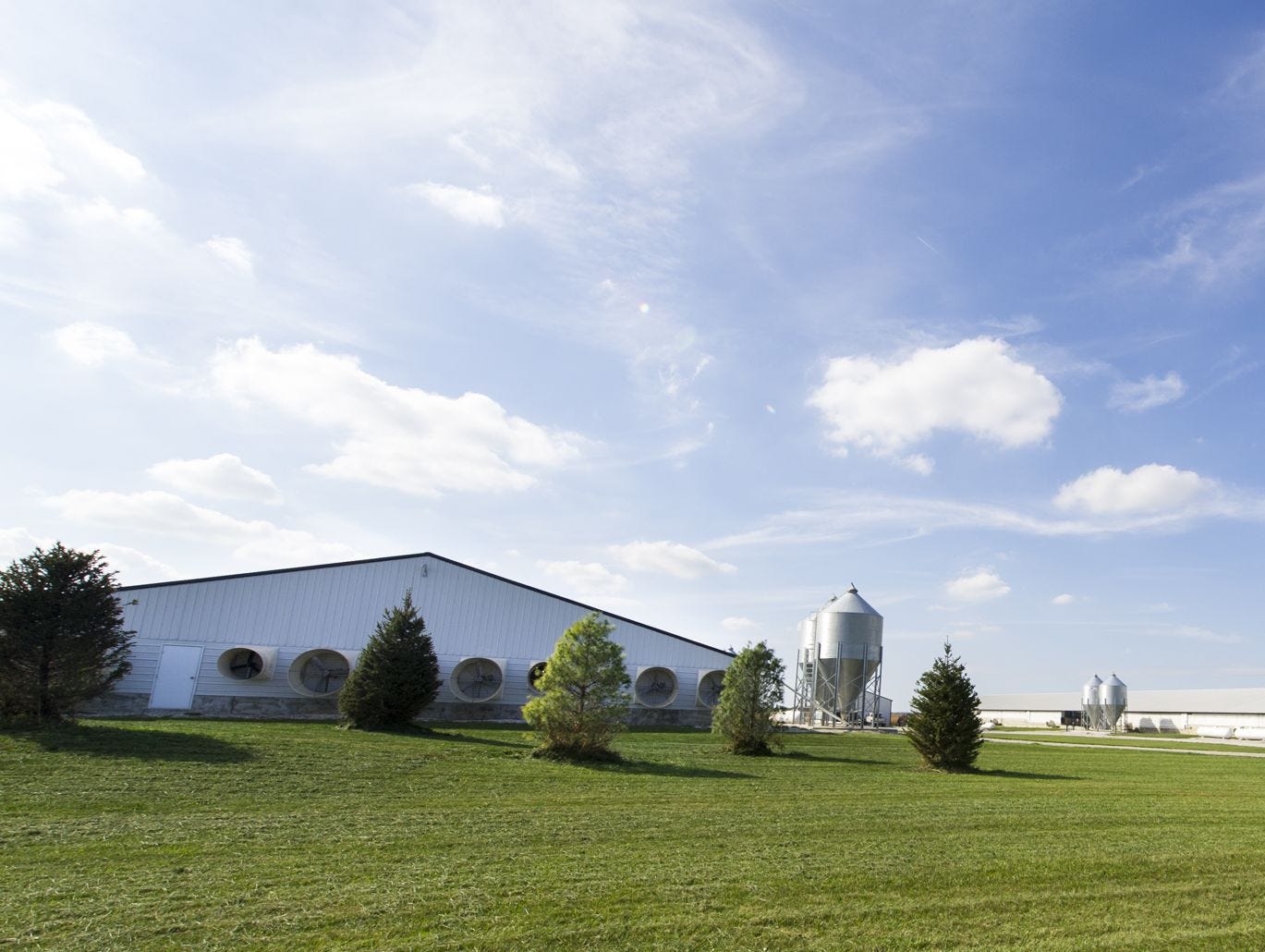 This livestock operation less than a mile away from Richard Himsel’s property, on County Road 425 West in Hendricks County. Himsel lives on a Danville farm his family has owned since 1940. Himsel has filed a lawsuit challenging the constitutionality of Indiana’s Right to Farm laws, saying it protects corporations and large farming operations over the rights of smaller farmers and individuals. (Photo: Doug McSchooler / For The Star)

The case began in Indiana Trial Court, where they alleged the farm diminished their quality of life — that the odors from the farm made being in their homes unbearable and made their throat and eyes sting, and reduced the value of their homes.  In other words, it constitutes a nuisance and a trespass, Ferraro claimed.

Right-to-farm laws started to grow in prominence around the nation in the 1970s and 1980s, and Indiana’s was enacted in 1981. These laws were enacted as a way to protect existing farmers from urban sprawl as city-dwellers moved to the countryside unprepared for the smells of agriculture. Such newcomers could not sue for nuisance as they moved to or “came to the nuisance,” said Andy Stawasz, a Harvard Law student who worked on the petition to the Supreme Court through the school’s Animal Law & Policy Clinic.

That protection disappeared, however, if there was a significant change on the farm — such as to its size, the hours of operation, technology used, etc. In those situations, a neighbor could file a nuisance claim.

But in 2005, Indiana’s statute was amended to eliminate those remedies, according to the petition. As a result of the amendment, a “significant change” no longer includes the conversion of one type of agricultural operation to another, use of a new technology or a change in the farm’s size.

The Scrub Hub: Your questions. Our answers.

Do you have questions about the environment? IndyStar environmental reporters Sarah Bowman and London Gibson want to hear from you.

The case moved its way through Indiana’s court system. First, the trial court denied the defendant’s motion for summary judgment before suddenly reversing that opinion. The Indiana Court of Appeals then affirmed that a 2005 amendment to Indiana’s Right to Farm statute bars all of the Himsels’ and Lannons’ claims because the switch from crops to a confined animal feeding operation, often called a factory farm, no longer constitutes a “significant change.”

The Appeals Court’s acknowledged that “it is difficult to imagine what would constitute a significant change” and went on to say that the “coming to the nuisance doctrine, as applied by the [Right to Farm Act], now encompasses coming to the potential future nuisance.”

Ferraro then petitioned to have the case transferred to the Indiana Supreme Court. Following oral arguments, the court denied the transfer in a split 3-2 decision, allowing the Appeals Court opinion to stand. 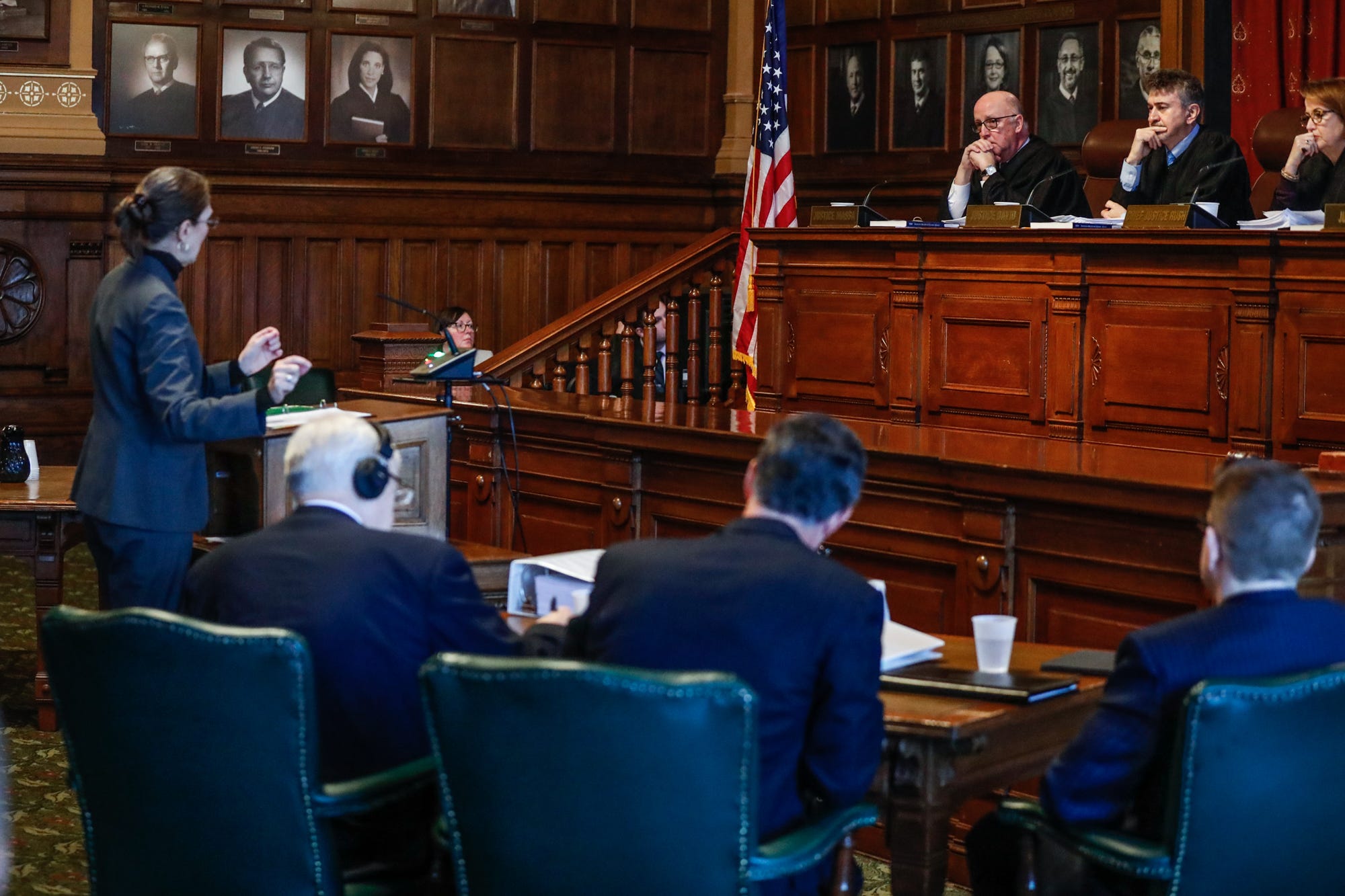 Kim Ferraro, a senior attorney at the Hoosier Environmental Council, makes her case to the Indiana Supreme Court regarding Indiana’s Right to Farm Act, at the Indiana Statehouse, Thursday, Jan. 30, 2020. Some homeowners have alleged an 8,000-hog factory farm next to their property has diminished their quality of life, and are challenging Indiana’s Right to Farm laws, arguing that they unfairly protect large corporate-owned farms.  (Photo: Michelle Pemberton/IndyStar)

Ferraro said at that time that she took the split decision to mean that they presented a meritorious case: “It didn’t signal to me that we got things wrong, signaled to me that there is a larger issue here.”

The question then became, she said in July, whether the law violates the federal Constitution.

At the time, Braun said that he did not feel the petition or the case qualified as a “viable candidate” for the U.S. Supreme Court. He echoed that sentiment in yesterday’s statement: “The Court’s decision means that the plaintiffs’ efforts over the past five years to shut down a state-of-the art hog raising operation of a family-owned farm were completely unsuccessful.”

IndyStar’s environmental reporting project is made possible through the generous support of the nonprofit Nina Mason Pulliam Charitable Trust.

Syngene International to start distribution of remdesivir in Q3