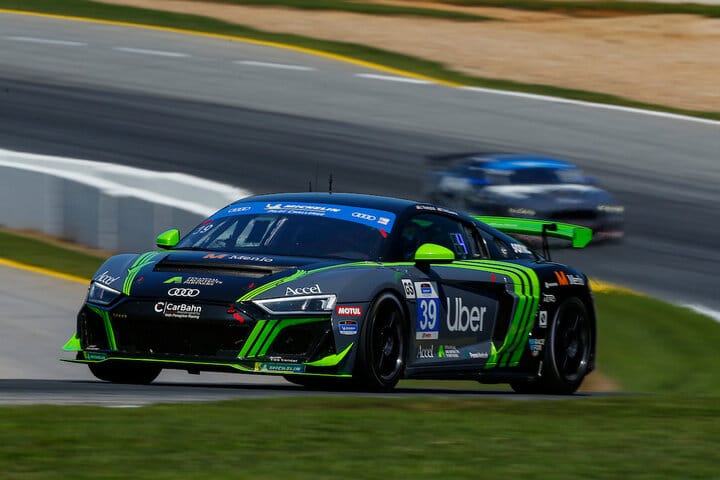 McQuarrie’s lap was a full three-quarters of a second faster than Turner Motorsport’s Robby Foley.  That allowed McQuarrie the breathing room necessary to pull into the pits at the halfway point of the session and let everyone else try to beat him.

The session came to a premature end three minutes short of the scheduled 15 minutes when Rebel Rock Racing’s Frank DePew went off-course in turn 5.  At the time of the incident, DePew was 20th in class, 27th overall.  Losing his best laps dropped him to 21st.

In TCR qualifying, Atlanta Speedwerks was able to keep up their pace from earlier in the day.  Todd Lamb claimed the class pole with a lap at 102.872 mph.  This is approximately one full second slower than the pole for this race last year.

The TCR session had a brief red flag when Roadshagger Racing’s Gavin Ernstone had an off-course excursion.  He was able to drive back to the pits, but lost his best two laps due to bringing out the red flag.  He’ll start the race Friday at the rear of the field.

The FOX Factory 120 is scheduled to go green at 3:35 p.m. ET Friday afternoon.  The race will be streamed live on NBC Sports’ TrackPass service.  Highlighted coverage of the race will air on NBCSN on Oct. 28 at 3 p.m.

After years of shortages, Merck announces plans for a new factory for an old lifesaving drug – Endpoints News