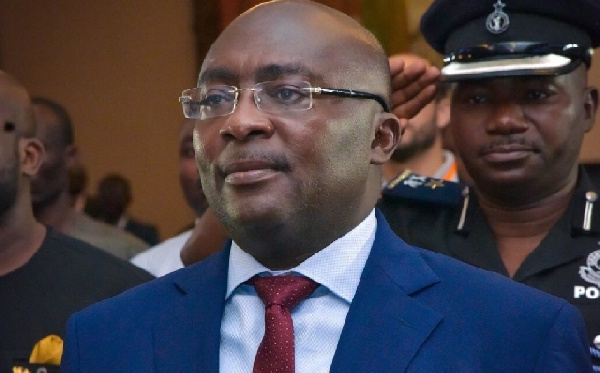 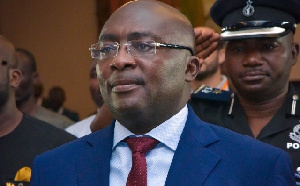 Details available to The Herald, suggest the Akufo-Addo government, is gravely divided over the implementation of UNIPASS transaction, which is to take over the Ghana National Single Widow (GNSW) operations at the country’s ports.

The most shocking of all, is reports that the Government Economic Management Team (EMT) chaired by the Vice-President, Dr. Mahamadu Bawumia, is equally divided on the subject between Senior Minister, Yaw Osarfo-Maafo and the Vice-President.

The Senior Minister is pushing to have the UNIPASS deal go through and has the support of Trade and Industry Minister, Alan Kwadwo Kyerematen, and a Deputy Finance Minister, Kweku Kwateng, has become the spokesperson for the UNIPASS transaction, which the taxpayers are expected to pay a whopping US$40 million for.

The Vice-President according to The Herald’s insiders, has been against the transaction and wants the current arrangement with GCNet and West Blue to stay, but unfortunately, he is not getting the support of President Akufo-Addo.

It is not clear, if the team has met in recent times on the management of the economy, but one thing is for sure that there is no consensus on the UNIPASS transaction.

Interestingly, Finance Minister, Ken Ofori-Atta is torn between the two camp blocs, but his deafening silence is working in favour of the Senior Minister’s bloc.

The Vice-President, has been in the forefront of the paperless system at the port being handled by the current vendors, GCNet and West Blue and many are at a lost what he is doing about the attempt to erode the gains made with the current system.

Interestingly, Kweku Kwateng, was the spokesperson for Dr. Bawumia’s paperless project at the Port, and it’s not clear, why he is running from the project he helped to implement.

But The Herald is informed about a damning report which has been submitted to the President’s office on the Ghana Link and UNIPASS deal,on the dangers it poses for the country, but no action has been taken on the subject, allowing the transaction to take root, irrespective of the looming judgment debt it poses to the country.

The situation has forced a group of journalists to buy a space in the state-owned Daily Graphic and Ghanaian Times newspapers, posing some serious questions to the Vice-President.

Answer On Ghana Link/UNIPASS Deal” posed some ten serious questions for the Vice-President, especially on his silence over the transaction, despite leading the paperless system.

It wanted to know why “Ghana’s Vice-President, Dr. Mahamadu Bawumia, is the chairman of the Economic Management Team (EMT) and under his watch, there is a curious attempt to get a company called Ghana Link with its Korean partners, UNIPASS, to take over the Ghana National Single Widow (GNSW) operations with a supposed ‘superior’ system that has not been tested anywhere”.

The publication on page 43 of the Wednesday edition of the newspapers stated that “Stakeholders have cautioned that the proposed UNIPASS takeover would disrupt revenue generation and trade facilitation at Ghana’s ports. The Vice President has suddenly gone silent on his hitherto loud applauds for the achievements of the paperless ports and GNSW handled by the current vendors, GCNet and West Blue”.

“Here are some simple questions from Ghanaians to Vice-President Bawumia, in his capacity as the chairman of the EMT, over the disturbing Ghana Link/UNIPASS contract and its proposed overtake of the GNSW.

*Where in Ghana or any other African Country has the UNIPASS system been demonstrated and it has worked satisfactorily?

*Where are the stress and pilot reports of UNIPASS simulation test in Ghana?

*The Promoters of UNIPASS claim it is a superior end to end’ system better than those of the current vendors; has it been demonstrated to the EMT,

Cabinet, Customs Division of GRA or any other relevant stakeholder?

*Clearing agents and Freight Forwarders are the main patrons of the ports clearing system so how come the concerns, the petitions and protests of the

Ghana Institute of Freight Forwarder (GIFF) pointing out the inept and unpreparedness of UNIPASS are being ignored by government?

*Why has government written to GCNet and West Blue ordering them to handle over their systems?

Agreement between the Ministry of Trade and Ghana Link which states that as a condition precedent government must handle over the GCNet and other third party operations, including the country’s single window trade operations (West Blue) and other support services relating to the processing of custom documents at the Ports of the contractor (Ghana Link)?

*Is the Vice-President aware of and does he approve the contract Agreement between Government of Ghana and Ghana Link/UNIPASS which states that “in the event of an early termination of this Agreement by the Government, or in the event that Ghana Link Network Services Ltd (the Contractor) exercises its right to terminate this Agreement due to any material breach by the

*Government and in the absence of any material default by the Contractor of this Agreement, the Government shall compensate the Contractor for any lose in accordance in the scale as set out below: Within Year 1 of commencement date: USD92.97 Million…?

*What has happen to the report submitted to the President’s office on the Ghana Link/UNIPASS deal and the dangers it poses for Ghana?

*Is the Vice President in his capacity as Chairman of the EMT, aware that Ghana Link/UNIPASS is currently in court over charges it has cloned and plagiarised West Blue system?

*Does the vice president care about revenue generation at the ports and the GNSW?