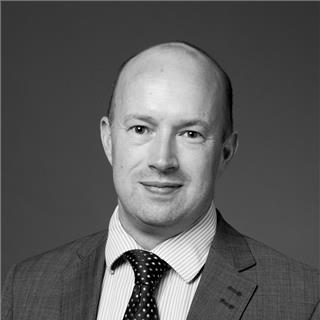 TT Club has urged cargo owners to be more aware of safety issues arising from poorly packed containers and misdeclared goods, which accounts for two thirds of incidents related to cargo damage.

The international freight transport and logistics insurer noted that such supply chain malpractice results in multi-million dollar losses, including tragic containership fires with loss of seafarers lives and significant delays.

Extrapolating  known figures, all such incidents are estimated to result in economic losses exceeding US$6bn per year.

Thus, TT Club has urged those that rely so heavily on the global supply chains – whether retailers, manufacturers, traders, exporters and particularly importers – to take responsibility to ensure that the risks are mitigated.

Michael Yarwood, managing director, loss prevention at TT Club, said: “The dangers are not just restricted to chemical cargoes, such as those used in paints, cosmetics, cleaning products, fertilisers, weedkillers and aerosols of all types.

“A wide variety of consumer goods, as well as components used in the manufacture of industrial products, domestics white goods and automobiles, if incorrectly handled in transit can cause major disasters.”

While there is an ever-heightened sense of urgency to act responsibility to reduce waste and the carbon footprint, the risks of supply chain dereliction frequently go unnoticed.

However, the mishandling of cargo can have many consequences, not least in presenting unacceptable danger to those employed in their movement, to the environment, the general public and brand reputations.

Packaging and dunnaging already need to comply with safety and environmental standards but there are also increasing demands around recyclable and biodegradable materials.

Pests contamination is also garnering international attention and calls for consideration of the origin of the goods being sourced, the location for packing, the season and biology of pests and the compliance of packing conditions in accordance to industry standards.

Those standards, outlined in the Code of Practice for Packing of Cargo Transport Units (CTU Code), help to guide not only those responsible for packing and securing cargo but also those who receive and unpack the goods.

In order to help spread awareness and understanding of the CTU Code TT Club, along with its fellow partners in the Cargo Integrity Group, has compiled a ‘quick guide’ to the code.

It includes a checklist of actions and responsibilities for those packing cargoes in freight containers specifically.

Cargo owners have a crucial role in promoting high standards of safe and ecologically-responsible container packing.

James Hookham, secretary general of the Global Shippers Forum (GSF), said: “In addition to the serious health and safety risks already described, poorly packed containers can also cause damage to adjacent cargoes in the event of an incident and have been a cause of major consequential losses for shippers.”

GSF played a leading role in the development of the advice in the CTU Code and contributed to the writing of the quick guide and container packing check list.