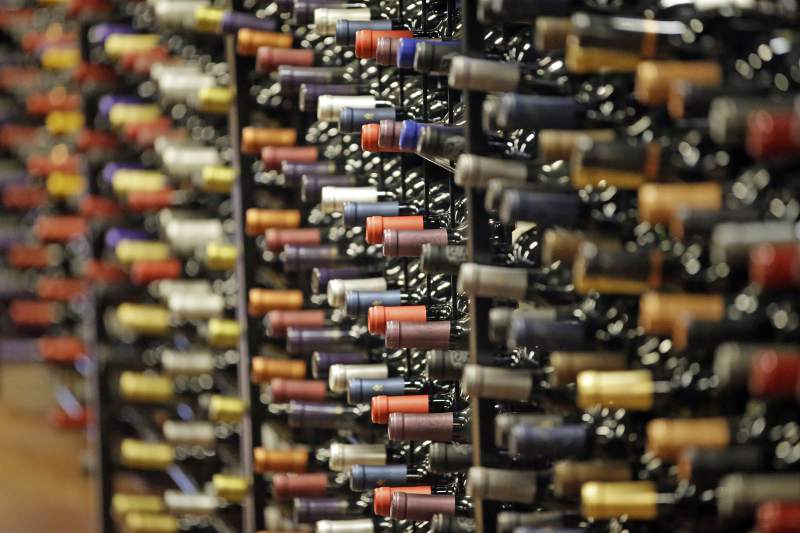 President Donald Trump is, once again, unhappy with Europe.

This time, he’s angry about European Union subsidies for Airbus, a rival of Chicago-based Boeing, and a French tax that will hit U.S. technology companies.

Yeah, that’s going to fix everything.

Trump doesn’t call the retaliatory taxes he’s threatening to impose “taxes,” of course. They are, technically, tariffs. To-ma-to, To-mah-to, the result is the same. Consumers get hit in the wallet.

Don’t be misled by the source of Trump’s consternation. He isn’t planning to stick it to consumers of jet aircraft or digital services. Trump is threatening a 100% tariff on wine and Champagne imported from Europe.

The new levy would be on top of the 25% tariff that Trump imposed last fall on wine imported from France, Spain, Germany and Great Britain.

You might think that American winemakers wouldn’t be sorry to see prices double on foreign competitors. There isn’t a tariff on schadenfreude — not yet anyway — and consumers might choose domestic wines over higher-priced imports.

But opposition from U.S. winemakers is as a robust as any Alexander Valley Cabernet Sauvignon.

Their concerns include retaliatory tariffs on their exports as well as the ripple effects on American distributors, retailers and public services funded by taxes on alcohol.

The European Union is the largest foreign market for American vinters, with exports valued at $469 million in 2018. California exports to Europe have grown nearly 60% in the past decade, according to the Wine Institute.

Wine importers absorbed much of the 25% tariff imposed in October. Few, if any, could afford to do it again.

With a 100% tariff, Constance Oehmler, the chief operating officer of a New York-based wine distribution company, told the Wall Street Journal: “You are looking at up to 10,000 layoffs at just the distributor and wholesaler level, and up to $1 billion in lost payroll and $400 million in lost liquor taxes.” Most of the same distributors and wholesales also handle domestic products, so American winemakers will suffer too if critical distribution networks are disrupted by punitive tariffs on European imports.

Imagine the public reaction if California lawmakers proposed a 100% tax on cellphone service because they were unhappy with highway tolls in Illinois. It wouldn’t make much sense, right?

Neither does Trump’s plan to tax wine because he’s upset about airplanes and internet services.

Don’t be fooled by Trump’s claims about the trade deal he signed with China last week. A cease-fire in the trade war is good for American business and consumers, but little else was accomplished. That, the president says, will come in another phase, after the election.

There is an alternative to causing economic havoc for American businesses.

Michael Hanley, the executive director of the Sonoma County Vintners trade group, described what a responsible president would do in written comments submitted to the U.S. trade representative.

“Instead of putting tariffs on unrelated products, like wine and sparkling wine,” Hanley wrote, “the U.S. and EU should increase their efforts to resolve these serious trade-related problems between them so the unrelated trade in wine products are not unintentionally harmed.”

Trump famously said that “trade wars are good, and easy to win.” He’s been proven wrong over and over. Don’t punish American winemakers and wine drinkers, Mr. President. Call another cease-fire, and work out your differences with our European allies. We’ll drink to that.

You can send a letter to the editor at [email protected].

Changes made to vaccine distribution plans