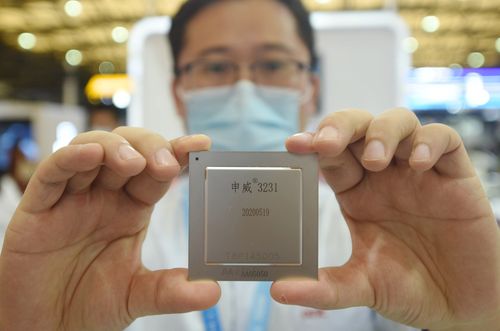 The Trump administration is continuing to inflict damage on China’s prized businesses in its final weeks, with actions that could make it harder for President-elect Joe Biden to rebuild relations once he takes office.

The latest move came Thursday when the US Department of Defense added China’s top chipmaker SMIC, oil giant CNOOC and several other firms to a list of companies that the department claims are owned or controlled by the Chinese military. That means they’re now subject to restrictions, including a ban on Americans investing in them.

Analysts had been expecting the current US administration to keep lashing out at China until the very end of its term with the aim of entrenching President Donald Trump’s approach to Beijing and making it harder for Biden to reverse course.

“The rush by China hardliners to push out actions against China by January 20 has short-circuited an already disorganized policy process,” said Michael Hirson, practice head of China and Northeast Asia at Eurasia Group. January 20 is Biden’s inauguration date.

There are no clear criteria for a military-linked company, Hirson said, but the Trump administration appears to be interpreting it broadly to mean companies that directly or indirectly support China’s military modernization.

“That is a particularly broad net for China’s state-owned enterprises,” he said.

Beijing on Friday protested against CNOOC, SMIC and other companies being added to the Defense Department’s list, and called on the United States to stop abusing the concept of national security.

SMIC said in a filing to the Hong Kong Stock Exchange that there “there is no major impact” on its operation after being added to the Defense Department’s list. The company added that its semiconductors are for civilian and commercial use, and that it has no relationship with the Chinese military.

The US government has had SMIC in its cross hairs for months. Earlier this year, it warned companies against doing business with the Chinese company because of its perceived ties to the military.

Targeting SMIC strikes at the heart of Beijing’s tech ambitions. China is playing catchup to the West when it comes to chipmaking, and has plowed billions of dollars into the industry hoping to build a homegrown company capable of manufacturing leading edge chips.

CNOOC did not immediately respond to a request for comment.

An executive order that Trump signed last month barring US firms from investing in companies on the Defense Department’s list, meanwhile, has now grown to include 35 Chinese businesses.

Smartphone maker Huawei and Hikvision, one of the world’s largest manufacturers and suppliers of video surveillance equipment, are on the list. Some of the other companies listed, including China Telecom, China Mobile and now CNOOC, trade on the New York Stock Exchange.

US investors are banned from owning or trading any securities that originate or are exposed to those firms. Investors will have until November 2021 to divest from the companies.

And Trump still has more ammunition he could fire at Chinese companies.

Earlier this week, the US House of Representatives passed a bill that could kick several Chinese firms off Wall Street. The bill, which would prevent companies that refuse to open their books to US accounting regulators from trading on US stock exchanges, won unanimous backing in the Senate earlier this year. It only needs Trump’s signature to become law.

Trump will, “with near certainty,” sign off on the bill before his term comes to an end, according to Shirley Yu, visiting fellow at the London School of Economics and founder of a company that assesses strategy, business, and political risk for companies working in China.

Backed “with unanimous congressional support, this decision will be extremely hard to reverse by the next administration,” she added.

The president could also revive the US-China trade war.

China has not fulfilled its commitments to buy $200 billion worth of US products, which was part of the “phase one” trade deal signed earlier this year, according to Yu.

Which means that “Trump can unilaterally raise tariffs on Chinese goods again … [and] impose higher punitive tariffs,” she said.

Washington’s China hawks are also eyeing major Chinese tech brands, such as Alibaba, Tencent and Baidu, according to Hirson.

Trump has already tried to go after Tencent, signing an executive order in August to ban its WeChat app from operating in the United States. A US judge temporarily blocked the order in late September. And a US appeals court in October rejected the US government’s request to immediately ban WeChat from app stores in the country.

The Chinese tech giants could still be added to a list which bars American companies from exporting goods to them without first obtaining a license to do so, according to Hirson.

“Some in the administration have been pushing to add one or more of these firms to the Commerce Department’s entity list or take other executive actions towards these firms,” he said.

Companies added to the entity list — which is separate from the Defense Department’s list — are essentially cut off from US supplies and technologies.

Washington added Huawei to the list last year, citing national security risks. Huawei, which has long denied that any of its products pose national security risks, has since seen its global business crippled by the US restrictions. SMIC has not been added to the list, but warned investors last month that potential US export restrictions are a concern.

Adam Silver on Kevin Durant trade request: ‘We don’t like to see it playing out the way it is’

What Can Putin Do Now About His War in Ukraine?