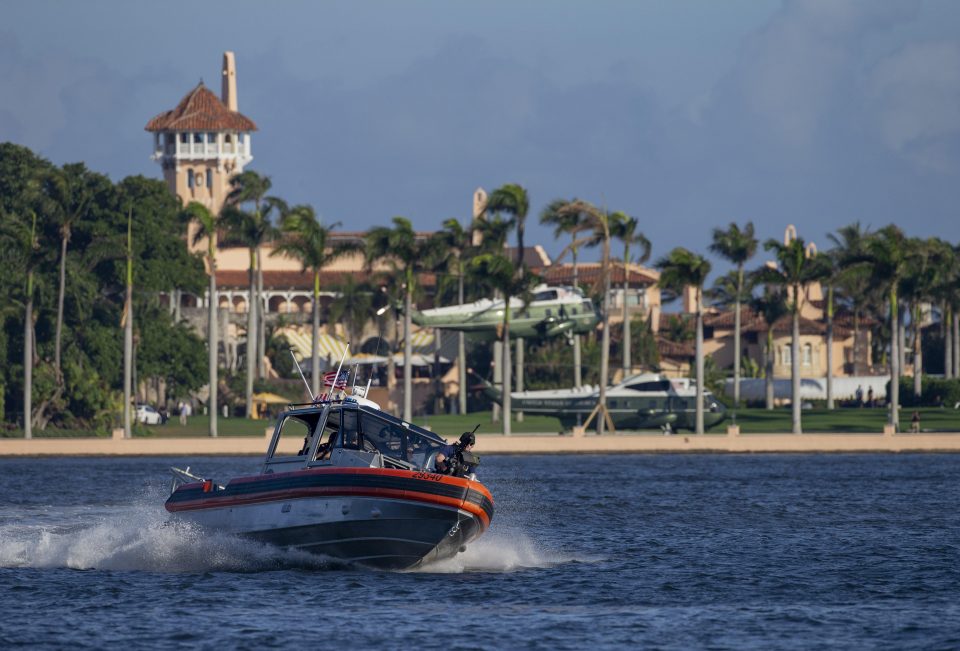 Locals and elected officials react to the news that airstrikes in Baghdad called for by President Donald Trump while in Palm Beach killed one of Iran’s top military officials.

Given Palm Beach’s warm weather without a cloud in the sky, Thursday began quite predictably for President Donald Trump.

He spent about five hours at his West Palm Beach golf club, during which a White House spokesman said Trump discussed de-escalation in Syria with Turkey’s president, Recep Tayyip Erdogan.

Returning to Mar-a-Lago that afternoon, the motorcade was met by vaping supporters, as the FDA had just announced the ban on certain flavors.

>>RELATED: Trump speaks on Iran attack from Mar-a-Lago: ‘we caught him in the act’

Yet what was by all accounts a typical Palm Beach visit turned into fears of a potential international crisis after the president Thursday night ordered airstrikes in Baghdad nearly 7,000 miles away in Baghdad, killing Qassem Soleimani, the head of the Islamic Revolutionary Guards Corps Quds Force.

Iranian President Hassan Rouhani responded to the strikes with a tweet, saying the country would “take revenge for this heinous crime.”

Trump said Friday in Palm Beach that Soleimani was “plotting imminent and sinister attacks” it was something that “should have been done long ago.”

“We took action last night to stop a war. We did not take action to start a war,” Trump said.

Officials in New York City and Los Angeles increased vigilance as a result of the strikes on Friday, according to reports.

Local law enforcement could not comment whether security at Mar-a-Lago had increased Friday. A Palm Beach County Sheriff’s Office spokeswoman directed a reporter’s questions to the Secret Service and Palm Beach Police Department.

“The Palm Beach Police Department remains vigilant and is monitoring the events in Iran. We do not comment on our tactics and/or deployment of our resources,” police spokesman Michael Ogrodnick said.

Despite Trump wrapping up his Palm Beach vacation as Iran vowed “forceful revenge,” some county residents said they don’t feel in imminent danger.

“I actually feel better that he’s here,” said a man who identified himself as a Trump supporter, but declined to give his name.

Bryan Shaw, a resident of Palm Beach County, said he thinks something would happen in Washington rather than here.

Debbie Piescik, who has lived in the area for 57 years, said there is no more danger than usual. She said Trump being here brings tourism and interest to Palm Beach County.

Seth Marks said he used to live in New York City and was worried New York City was a target. He said now he feels like Palm Beach County could also be one.

Gary Hill, a visitor from New York City, said America now has a target on its back.

“In order for him to be re-elected, he needed a catastrophe,” Hill said. “This was it.”

Awaiting Trump’s speech to evangelicals in Miami on Friday, 72-year-old Paul Kruger, an independent voter wearing a “Keep America Great” hat, said he was all in on the killing of the Iraqi military leader.

“They can put up or shut up,” the Vietnam veteran from Winter Haven said. “It was a defensive action. They came after the embassy, they had plans to go after American diplomats.”

Kruger said he was not worried about repercussions from Iran. “Somebody needed to take this guy out a long time ago,” he said.

Supporters and critics of Trump’s actions, falling along party lines, agreed that Soleimani was a dangerous person and that they don’t want another war. But that’s where the similarities ended.

“Our allies must have awakened this morning fearful. Particularly, Israel, Jordan, Saudi Arabia, UAE and other Gulf allies, because while Soleimani was hated by many, many feel that he is a martyr and he has proxies all over the Middle East and Europe,” said U.S. Rep. Alcee Hastings. “The shipping straights in the Gulf are endangered, cyber security is a threat, and clearly in this very complex situation, there are going to be grave consequences.”

Hastings, a Delray Beach Democrat, called Soleimani a “ruthless killer responsible for the deaths and injuries of thousands,” but also said Congress should be involved in conversations about military force.

“Many Members of Congress, myself included, have demanded that this be debated publicly and with full transparency, because for far too long Congress has not had the opportunity to weigh in on decisions to commit American troops overseas,” he said. “This cannot continue!”

In an interview on Friday with CNN, U.S. Rep. Debbie Wasserman Schultz said Trump’s actions were “taken more in [his] self-interest rather than our national interest,.”

“Donald Trump … appears to shoot first and then, possibly, the vital questions that lead up to actions are asked later,” the Broward Democrat said. “That is a foreign policy and a national security policy run amok.”

We should prepare for potential retaliatory attacks by Iran & its proxies. We must ensure the security of US personnel in the region. The Admin must inform Congress of next steps and clarify legal basis for military action. Reminder that Congress has not authorized war with Iran.

“While his death should not be mourned, I am deeply concerned that last night’s action will provoke further escalation with Iran, the world’s largest state sponsor of terrorism, without a plan to deal with the aftermath,” Frankel said.

“President Trump was faced with a choice: continue the Democrats’ preferred strategy with Iran of sending them pallets of unmarked bills and asking them nicely to stop killing Americans or take action,” Florida’s former governor said. “He chose the latter, and the result was the death of one of the world’s worst monsters.”

President @realDonaldTrump was faced with a choice: continue the Democrats’ preferred strategy with Iran of sending pallets of unmarked bills and asking them nicely to stop killing Americans or take action. He chose the latter.

Scott also cautioned that “no one wants more war.”

“But for today, let us remember the lives that were lost at the hands of this ghoul and the justice that was served,” he said.

Sen. Marco Rubio spent late Thursday and several hours Friday tweeting about the airstrikes, saying some people were “blinded by hatred of Trump.”

“#Soleimani is directly responsible for previous & future plans to KILL U.S diplomats & American service members in #Iraq & throughout the region,” Rubio tweeted. “But some are so blinded by hatred of Trump that they argue he has done something sinister. Its crazy. Total derangement.”

Rep. Brian Mast, R-Stuart, took a simple approach, tweeting a meme from the 1980s show “The A-Team,” featuring cigar-toting George Peppard and his catchphrase of choice: “I love it when a plan comes together.”

Mast responded to a critic of his reaction, saying, “I freely admit, I encourage aggression toward those who kill my fellow U.S. servicemen and women. #ViolenceofAction.”