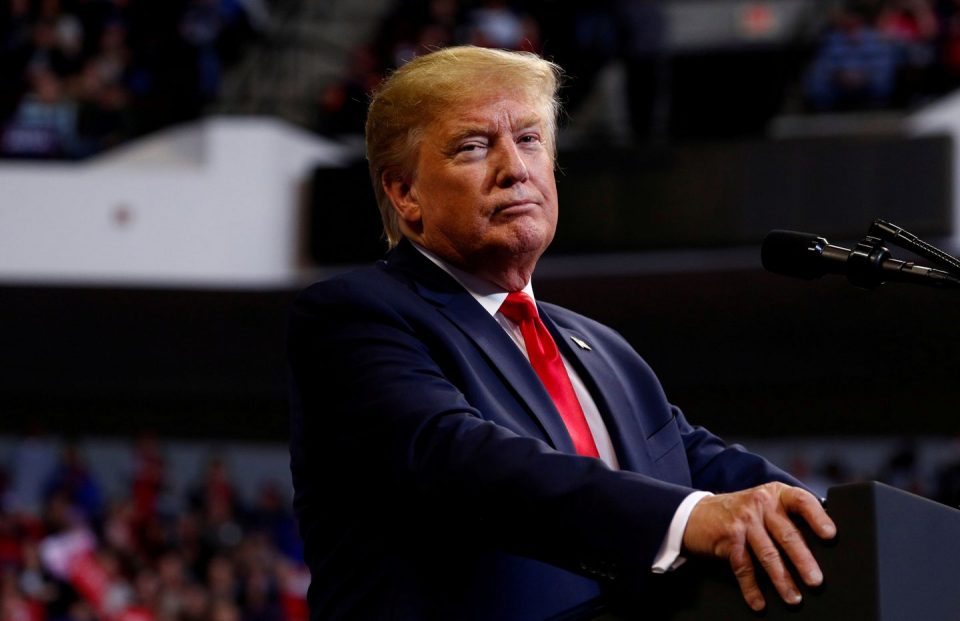 Eight witnesses are scheduled to testify publicly this week in the impeachment inquiry, including four on Tuesday alone.

Vindman testified in a closed-door deposition last month that he “did not think it was proper” for Trump to seek a Ukrainian investigation of a U.S. citizen. He was among those who listened in on the July 25 call between Trump and Ukrainian President Volodymyr Zelensky. Vindman later reported his concerns to the lead counsel of NSC.

The closed-door testimony of Williams, which was released Saturday, suggests that the Office of Management and Budget had clamped down on Ukraine military aid more than two weeks earlier than has been previously reported.

“Tell Jennifer Williams, whoever that is, to read BOTH transcripts of the presidential calls, & see the just released statement from Ukraine,” Trump said. “Then she should meet with the other Never Trumpers, who I don’t know & mostly never even heard of, & work out a better presidential attack!”

Tim Morrison, the top Russia and Europe adviser on the National Security Council, and Kurt Volker, a former Trump administration envoy to Ukraine, are scheduled to testify Tuesday afternoon.

Morrison told House investigators last month that Gordon Sondland, ambassador to the European Union, was acting at Trump’s behest and spoke to a top Ukrainian official about exchanging military aid for political investigations.

Trump has said he does not know Sondland well and has tried to distance himself from the E.U. ambassador, whom Trump put in charge of Ukraine policy along with two others, even though Ukraine is not part of the European Union.

Volker told impeachment investigators he worked with Trump personal lawyer Rudolph W. Giuliani, the White House and Ukrainian officials to arrange the July 25 phone call between Trump and Zelensky, as well as a potential White House visit, while pushing for investigations into Trump’s political enemies.

Sondland is scheduled to testify on Wednesday morning. Laura Cooper, the special assistant secretary of defense for Russia and Ukraine, and David Hale, undersecretary of state for political affairs, are scheduled in the afternoon.