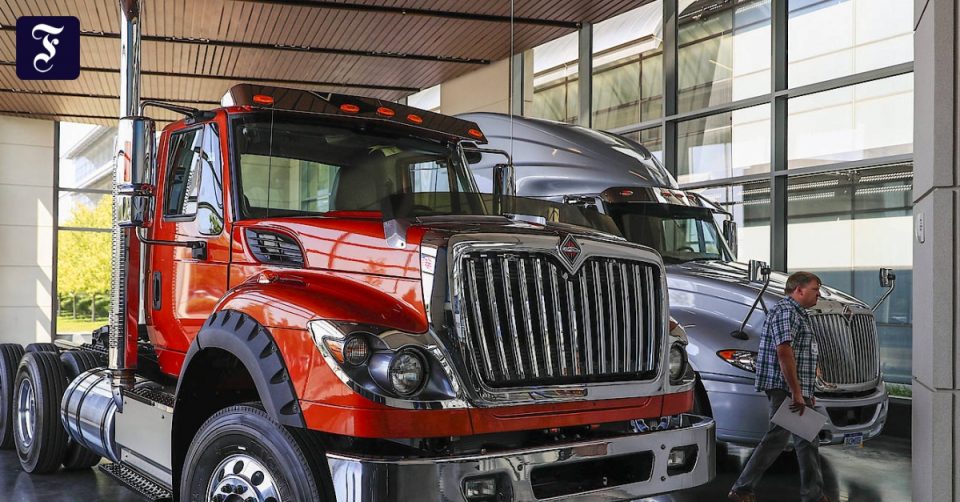 D.he VW truck holding Traton is now getting involved with its planned entry into the American market with a multi-billion dollar purchase. After a tough struggle, Volkswagen reached an agreement with the American truck and bus manufacturer Navistar on the recently controversial price – the door to the important North American commercial vehicle market is now wide open. The price for the urge to expand: Traton has to shell out around 3.7 billion dollars (3.2 billion euros) for the shares in the group that the Munich-based company does not yet own.

“We are delighted to have reached a general agreement on a transaction after intensive negotiations with Navistar,” said Traton boss Matthias Gründler. VW has been involved in Navistar for a number of years with currently around 16.8 percent, so far the collaboration has been limited to cooperation in a few fields. After years of speculation about a complete takeover, VW revealed the cards in January.

With the takeover, VW wants to get a foot in the door of the important American market and strengthen its heavy commercial vehicle business so as not to leave the field to its strong rival Daimler alone. With its brands MAN, Scania and Volkswagen Caminhoes e Onibus, VW is particularly strong in Europe and South America. But with the lead on the American market, the Stuttgart-based Daimler company is world market leader in heavy trucks. Daimler’s Freightliner truck brand and Thomas Built buses are particularly well-known in the United States.

Among other things, the corona crisis was not conducive to the talks between Volkswagen’s commercial vehicle division and the hesitant Navistar major shareholders. In addition, star investors Carl Icahn and Mark Rachesky wanted more money for their shares with his hedge fund MHR. Even the offer, which was initially increased from 35 to 43 dollars per share in September, was not enough for them. After VW had set an ultimatum until this Friday in the middle of the week, things went quickly. Now it should be $ 44.50 per paper.

The fundamental agreement is subject to a satisfactory audit for Traton and the conclusion of the merger agreement, said Volkswagen. $ 44.50 is an acceptable basis for the conclusion of binding agreements, wrote the Traton management in a letter to Navistar boss Troy Clarke. This in turn had previously announced in a letter on Friday afternoon that such an offer would be approved by Icahn and Rachesky.

Navistar’s share price fell sharply after VW’s ultimatum as investors saw the chances of a deal dwindling. On Friday, the papers climbed again by 23 percent to $ 43.56.

The commercial vehicle business of VW and other providers is particularly suffering from the Corona crisis. Hardly any freight forwarder ordered large, expensive trucks in the first six months of the year without knowing how the economy was starting up again. But even without the corona pandemic, the industry faced a weak phase because business fluctuates greatly with economic cycles. Traton also wants to cut costs on a large scale. At MAN, 9,500 of a total of around 39,000 jobs are at stake, and 5,000 jobs are also to be cut at Scania.

Will Nordics Be First To See Fledgling Duty-Free Revival In Europe?

Cargosprint stole our tech to set up as a competitor, claims software developer