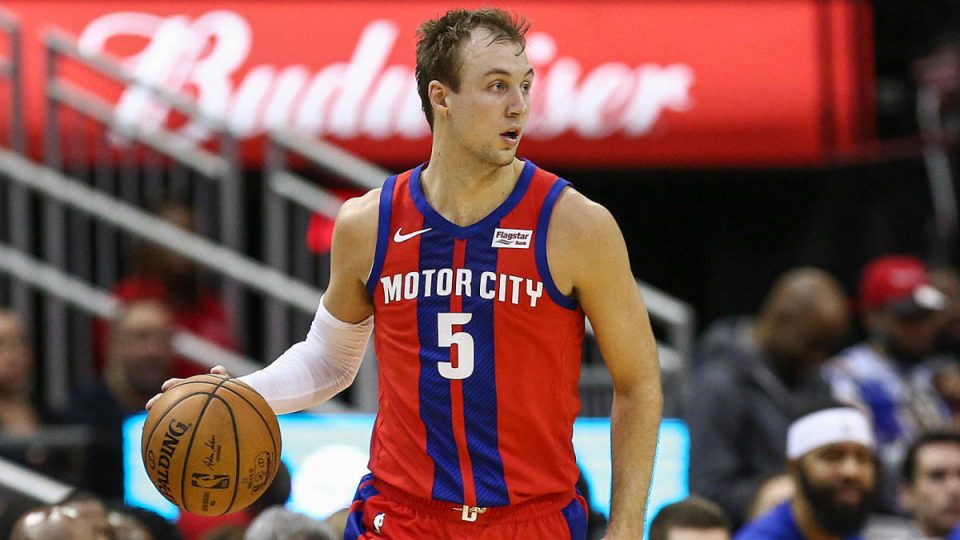 The Brooklyn Nets, Detroit Pistons and Los Angeles Clippers are making a three-team trade, according to The Athletic’s Shams Charania. The Nets will receive Landry Shamet from the Clippers, and send the No. 19 overall pick (Saddiq Bey) to the Pistons. Detroit, in turn, will send Luke Kennard to the Clippers, who will also send Rodney McGruder to the Pistons.

Kennard, on paper, is the best player in this deal. He averaged 15.8 points in a breakout 2019-20 season, but played only 28 games due to tendinitis in his knee. With Kennard eligible for a contract extension, the Pistons seemingly preferred the idea of Bey, a 3-and-D prospect that should be able to help right now.

The Nets seemingly could have taken Kennard for themselves, but instead targeted Shamet off the Clippers. Shamet has had a number of health issues of his own, but has shot above 40 percent from behind the arc in the NBA. In theory, his role would overlap with Joe Harris’, but with Harris entering free agency, the Nets got a bit of insurance in Shamet. If both are on the roster next season, well, title contenders can never have enough shooting.

The trade leaves the Pistons with three first-round rookies: Bey, Killian Hayes and Isaiah Stewart. The Clippers and Nets, both in win-now mode, chose to prioritize veterans with NBA experience. All three teams seemingly got what they were looking for out of this deal.

With Kevin Durant and Kyrie Irving ready to roll, the Nets are a team in ultimate win-now mode, and thus a shooter of Shamet’s caliber is much more valuable to them than an unproven mid-first-round draft pick. Shamet is a career 40 percent shooter from long range, and as such he’s a player that defenses just can’t help off of. This makes him a nice fit alongside Durant and Irving, as Shamet’s presence on the floor will open up more space for those two, and he should get plenty of open opportunities as defenses are forced to focus on the team’s star players. If Joe Harris leaves in free agency, Shamet will be a solid insurance policy.

It’s tough to tell exactly what the Pistons’ plan is, but assuming it is to rebuild through the draft then they did a decent job. Losing Kennard will hurt in the short term, but Detroit landed three first-round picks in the 2020 draft in Bey, Killian Hayes and Isaiah Stewart and each player has a lot of potential. The Pistons don’t look like a team ready to contend in the East next season, giving them plenty of time to dedicate to development. A year or two down the road, the Pistons could look back very favorably on this deal.

The Clippers basically just swapped Shamet for Kennard, which seems to be an upgrade, albeit maybe a small one. Like Shamet, Kennard is a career 40 percent shooter from long range, and he averaged a career-high 15.8 points per game in Detroit last season. He was also limited to just 28 games due to injury issues. If he can stay healthy, he could prove to be a solid rotation piece for a Clippers team with championship aspirations next season.