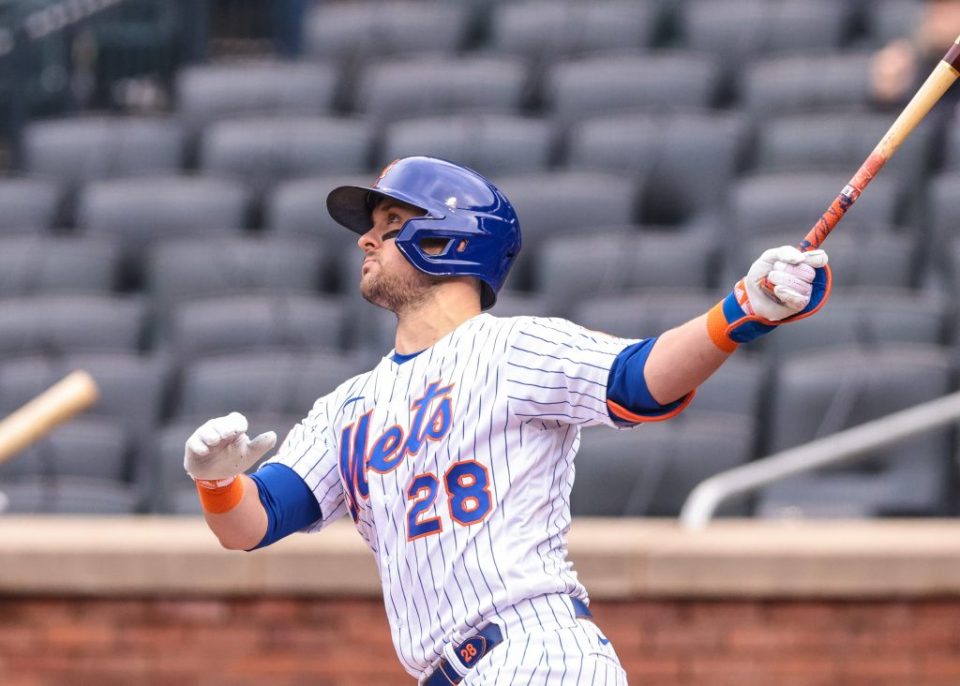 After being drafted by the Astros in 2014, J.D. Davis utterly mashed in the minors but couldn’t contribute much in his first couple of MLB seasons for Houston. From 2014 to 2018, Davis produced a wRC+ of at least 134 at each stop from Low-A up to Triple-A. Those tantalizing offensive skills were enough to get him a taste of MLB action in 2017 and 2018, playing 67 total games over those two seasons, but hitting just .194/.260/.321.

As the season was winding down and the Mets were clearly not going to be a factor in the postseason, Davis underwent surgery to address the hand issue, with the expectation that he would be ready to go for spring training. At the time, Davis was quoted as saying that he felt he only had a 50/50 chance of returning to the Mets in 2022. “I know there’s going to be plenty of changes up and down from the front office all the way down to here,” Davis said. “My gut feeling? I could be out of here. That’s what it’s kind of leaning towards. But there’s a possibility that I could come back. I love New York. I love the fans. I love the city. It’s a flip of the coin.”

Davis likely suspected his name to come up in trade talks due to the crowded infield situation in Queens. Robinson Cano sat out 2021 due to his PED suspension but will be returning for 2022. If Cano were to get significant playing time at second base, that could have meant Jeff McNeil or Luis Guillorme getting some time at third base with Davis. But then to complicate things further, the Mets went on a wild spending spree before the lockout, which included adding Eduardo Escobar into the second/third base jumble. If the National League were to implement the designated hitter for 2022, that could theoretically open up at-bats for someone in this group. However, the Mets also added Mark Canha and Starling Marte to their outfield, alongside Brandon Nimmo, which bumps Dominic Smith into the DH conversation, as Pete Alonso should have most of the playing time at first base. All of that would seemingly only increase the odds of Davis, or someone else, being squeezed out.

Davis has played a little bit of first base and left field in his big league career but is primarily a third baseman. Most metrics consider him a poor defender, even at his primary position, with all of DRS, UZR and OAA making heavy use of the minus sign in assessing his glovework. The addition of the DH to the NL, if it comes to fruition, should theoretically help the Mets find a taker for Davis, as it would increase the ability of some team to utilize his bat without exposing themselves to his weakness in the field.

Despite his flaws, Davis has produced 4.5 fWAR over 269 games in the last three seasons, which should give him plenty of appeal around the league. He turns 29 in April and has between three and four years’ service time, meaning he is under club control through the 2024 season, unless the new CBA makes significant changes to the previous service time structure. He’s already gone through arbitration once, as he reached Super Two status prior to last year, and earned $2.1MM in 2021. Due to his injury-hampered season, he is projected to earn a modest raise to $2.7MM for 2022, in the estimation of MLBTR contributor Matt Swartz. With his ability to hit, that affordable salary and years of control, he could potentially be a useful piece for any team in the league, including the Mets.