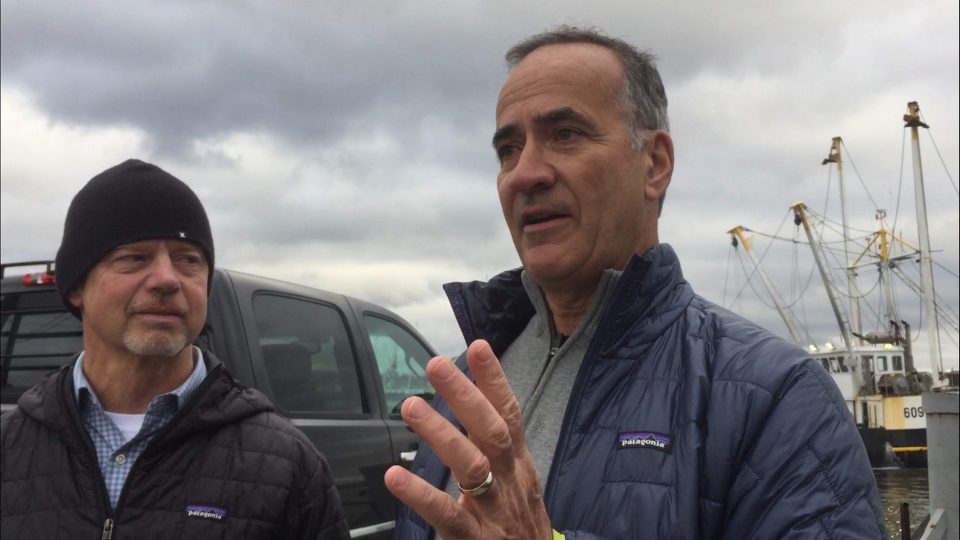 NEW BEDFORD — Are the fancy scallops on the menu really from the North Atlantic?

Reports of mislabeled fish have left some diners wondering if their snapper is really snapper. But with the help of digital data, one New Bedford seafood company has no trouble proving the provenance of its scallops.

Captain Dan Eilertsen’s Nordic Inc. is working with a Fall River fish processor, tech juggernaut IBM and a California restaurant company to use blockchain technology to track scallops from ocean to table.

Just scan a QR code on your restaurant menu and see exactly where the scallops were caught, when, and by whom.

“This is going to be a good way of sustaining our fishing industry and showing people that you can trust where your food comes from,” said Eilertsen, a longtime fisherman and owner of six scallop boats.

One if his vessels, the Venture, is equipped with IBM Food Trust, which creates a permanent, shared record of data about where food comes from and where it’s been. At every step along the way, people enter data into the blockchain.

On board the vessel, scallops get shucked, washed, bagged and weighed. A printer spits out a label with a QR code that goes right on the bag.

By the time Eilertsen’s scallops arrive at the participating restaurant — in this case, TAPS Fish House and Brewery in southern California — customers can use their smartphones to view the entire chain of custody. They can see the GPS coordinates of the catch and trace its journey.

From New Bedford, the scallops go to Raw Seafoods in Fall River, where they get packed and frozen. From there, they get shipped to West Coast distributor Santa Monica Seafood, which sends them to the restaurant.

Raw Seafoods started thinking about tracing the origin of food last year, after the produce industry experienced a serious E. coli outbreak linked to romaine lettuce, according to Dan McQuade, the company’s vice president of marketing.

The company knew the seafood industry had its own problems to solve, he said. A report released in March of 2019 by the conservation group Oceana revealed that 21 percent of the 449 fish the organization tested were mislabeled. One out of three establishments was selling mislabeled fish.

“We have a food safety issue as well,” McQuade said. “We have fraud that’s rampant in the seafood industry, and we have the fear of fish.”

He said American consumers love fish, but they eat far less of it than beef or chicken, owing in part to the ambiguity about whence it comes.

Raw Seafoods learned about what IBM was doing, and the two companies sat down and created a business model that would work for fish.

At the same time, Eilertsen was looking for a way to brand his scallops. He felt like he was doing everything right, but nobody knew about it, according to McQuade. And he never knew where his scallops went.

So the fishing captain and the tech giant got connected, and the Venture became the first fishing vessel to use IBM’s Food Trust platform.

Representatives from all of the companies involved, including the California restaurant, gathered on Fish Island on Tuesday to show off the technology aboard the Venture. Afterward, they were headed to a celebratory dinner at Merrill’s Waterfront.

Suzanne Livingston, director of IBM Food Trust, said blockchain allows each party in the supply chain to submit information and control its own data. No other party can edit the data or change any of the records. IBM links the information across the entire supply chain.

“So you know discretely that this lot of food, or this batch of food, came from this distinct source,” she said. “And that’s traceability at its core.”