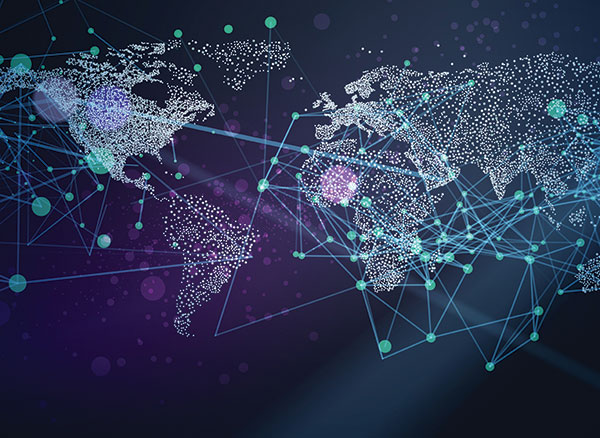 Mergers and acquisitions were a key highlight in 2019, when the consultancy Armstrong & Associates (A&A) compiled its annual Top 25 Freight Forwarders list. DSV’s purchase of Panalpina last year, for example, was going to move them up significantly in the rankings, making it a legitimate contender to leaders like DHL Global Forwarding and Kuene+Nagel.

This year, however, all bets are off, says A&A’s president Evan Armstrong, who contends that 2020 will not witness any bold buys of that same, big scale. The reason is simple, he adds: Too many unknowns.

“For a variety of reasons, big private equity firms are going to hold on to their cash and be more selective before parting with it,” says Armstrong. “Another key trend we’re watching is the impact COVID-19 is having on various modes of transport. Ocean capacity may open up, but rates will escalate. In the meantime, the air cargo sector will become more reliant on expensive freighters, as passenger traffic remains in steep decline in the international marketplace.”

In the domestic arena, the picture also remains blurred, says Armstrong, who expects a “bullwhip” effect on rail, truck, and intermodal. “We’ll see more shipping and sourcing in North America,” he says, “as shippers reevaluate their options overseas. The ongoing trade tensions with China will also exacerbate this situation.”

Hong Kong-based Kerry Logistics surprised Armstrong with its strong 10th place ranking, thanks to its Apex Maritime division. This was an observation shared by Panjiva research director Chris Rogers, who notes that Kerry’s Apex finished the second quarter of 2020 with the best performance of U.S. seaborne imports.

Meanwhile, other freight forwarders operating U.S. inbound routes had a tough time of it, with shipments falling by 11.2% year over year in the second quarter of 2020. “Shipments handled by UPS improved by 1.9%,” says Rogers, “but at the other end of the scale DSV Panalpina’s volumes dropped by 17.8%, while Ceva Logistics experienced a 34.1% decline.”

According to Rogers, aside from weaker volumes, the forwarders also face continued technology-led competitive pressure. Those include blockchain-based schemes that could disintermediate the forwarders’ paperwork processes as well as new entrants including Flexport and Amazon.

“Flexport’s volumes handled on U.S.-inbound routes climbed 118% year over year in the second quarter on the back of a 263% surge in shipments from Asia apart from China,” says Rogers. “Amazon, which provides forwarding services for Chinese merchants on its e-commerce platform, experienced a 97.5% jump in the second quarter. Both firms set new records for handling in June, shrugging off the wider industry malaise.”

Overall, the logistics sector saw a broad downturn in the second quarter of 2020 and only expects a gradual recovery. However, both UPS and C.H. Robinson did markedly better than Wall Street expected. Of note over that period of time, Maersk launched its new Maersk Flow digital platform, part of an ongoing quest to provide value added services.

As if adjusting to the demands imposed by exiting the European Union later this year isn’t enough, forwarders in the United Kingdom now have the global pandemic to contend with.

Still, the crisis caused by COVID-19 is delivering greater understanding of the key role of freight forwarders to the authorities and the wider audience that rely on the commodities being delivered through international supply chains, says Robert Keen, director general of the British International Freight Association (BIFA).

“While BIFA has always sought greater recognition of the importance of freight forwarders to the UK’s international trade, for the most part, our members have been happy to stay behind the scenes, acting as the invisible hand of international shipping,” says Keen. “Now in these very difficult times, the important role of the freight transport sector is taking center stage and being recognized.”

Behind the scenes, BIFA has continued its lobbying activities with the UK government and is pleased by the pragmatic solutions that have been achieved to date, such as the temporary easements relating to the opening hours of temporary storage facilities.

The UK customs authority is giving operators of temporary storage facilities as much flexibility as they possibly can by treating requests to amend a facility’s opening hours as a temporary variation to the existing approved hours rather than a formal amendment to an approval.

Also, mirroring domestic easements regarding value-added tax (VAT), BIFA is pressing for similar easements to be introduced for import taxes.

“Further recognition for our sector came last month with an official statement in Parliament in which the government acknowledged that international freight services such as shipping and haulage are vital for ensuring the continuity of supply chains,” Keen adds.

While the definition is somewhat open to interpretation, and it’s not entirely clear who would monitor and adjudicate eligibility, many employees of the freight forwarding companies that are members of BIFA would be deemed as key workers.

“This does not only cover the obvious candidates, such as collection and delivery drivers and warehouse operatives,” concludes Keen. “But it also includes staff such as customs entry clerks, and others behind the scenes, not handling the cargo, who are nonetheless key to the successful operation of supply chains.”

UPS has become the latest logistics firm to beat analysts’ expectations for the second quarter, with revenue growth of 13.3% year over year compared to a 4.0% decline in analysts’ forecasts.

The firm has benefited from changes in demand that emerged from the pandemic, according to CEO Carol Tomé, though Big Brown only expects to see a more gradual recovery in the rest of the year.

“It’s not all rosy though, with container rates already starting to show signs of capacity discipline slipping,” observes Rogers.

Panjiva observes that the Trump administration may soon launch a plan, dubbed “Back to the Americas,” to draw in $30 billion to $50 billion of investments in manufacturing in the U.S., Latin America and the Caribbean as part of a plan to cut U.S. reliance on China. The plan would be a surprise in that it’s not just being focused on the United States. In fact, it could allow firms to leverage the newly launched United States-Mexico-Canada Agreement (USMCA) to increase investments in Mexico rather than the United States.

Also worth noting, says Rogers, is that Expeditors reported a 26.8% year-over-year gain in revenues in the second quarter—or 13.1% when excluding third party costs. That was a full 41% better than analysts’ expectations as a result of a surge in business in Asia which offset weakness in the U.S. That made Expeditors one of the best performers in the freight forwarding sector in the second
quarter in terms of revenue growth, and puts them just behind UPS and DSV Panalpina.

However, Expeditors’ total ocean freight handling dropped by 14% year over year in the second quarter. U.S. seaborne imports linked to the firm have continued to decline with a 14.2% year-over-year slide in the first four weeks of July. According to Rogers, that’s been driven by a 28.4% drop in shipments from Asia apart from China, while imports from China only fell by 3.9%.

“This year, it has been about air capacity,” says Roberson, “and air freight forwarders have proven their weight in gold as they’ve chartered airplanes as well as collaborated with shippers to develop alternative solutions such as air-sea, ocean or a combination of rail, truck and air between Asia and Europe.”

Roberson also notes that merger and acquisition is still of interest to many forwarders, and there have been some smaller ones made thus far this year such as SEKO Logistics acquiring New York-based freight forwarder and cross-border e-commerce experts Air-City, Inc.

“In early January, Odyssey Logistics’ acquisition of RPM also made an impact,” says Roberson. “In addition, Expeditors International of Washington acquired Fleet Logistics’ digital platform to grow its digital capabilities. But, the theme likely for this year will be smaller and regional acquisitions for forwarders.”

Roberson also agrees with Armstrong about the proliferation of “unknowns” this year, but maintains that hidden opportunities may be lurking in the forwarding sector. “Technology remains strong,” she says, noting that Transplace acquired Lanehub and ScanData; Globaltranz picked up Cerasis to round out its offerings; and Descartes acquired Kontainers n 2019.

E-commerce has also emerged as a bigger focus point for shippers as well as logistics and transportation providers, according to Roberson: “For example, SEKO’s acquisition of Air-City will further extend its e-commerce, cross-border capabilities.”

She also agrees that private equity firms are being more selective in investments. While they’re not necessarily in a holding pattern, as several have clearly identified e-commerce and technology as important investment areas, they also appear focused on what trends may be emerging in the post-pandemic period.

“As e-commerce demands grow, the effects are being felt on rail, truck and intermodal,” says Roberson. “Managing these types of goods in addition to traditional goods will need to be addressed by each transport mode. We may see more technology investments, additional capacity or perhaps acquisitions.”

Finally, Roberson adds that because of trade tensions with China, there will likely be more shipping and sourcing within North America. “One lesson learned during the pandemic is the need to diversify and perhaps bring back parts of the pharmaceutical supply chain to North America,” she says. “Consider the fact that 80% of the U.S. supply of antibiotics are made in China, and India-based pharmaceutical companies supply approximately 40% to 50% of all U.S. generic drugs.”

Roberson says that in “normal” times, this may be acceptable, but in a pandemic we have learned that countries will take care of their populations first, and rightfully so. “Mitigating such risks have been stressed for years,” she adds. “But now, lip service must end and supply chains must embrace and implement risk management solutions.”

California Wildfires: How Heatwaves Are A Human Rights Concern As Well

Aircraft damaged while returning to factory