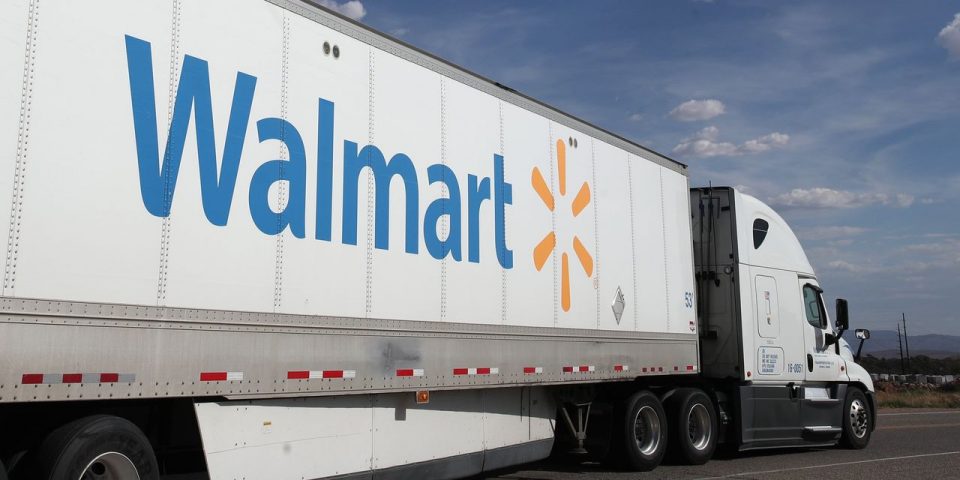 ’s fast-growing e-commerce strategy increasingly runs through its grocery business. The retail behemoth’s e-commerce sales soared 41% in the latest quarter, the WSJ’s Sarah Nassauer reports, leading a strong period that saw same-store sales overall grow 3.2% and pushes the company into the holidays with an upbeat outlook for consumer demand. Groceries gave Walmart the biggest boost in online business, backing up investments that include growing home delivery and a push toward a subscription service to compete more directly with

Walmart has been resetting its broader e-commerce strategy and selling some of its specialized online acquisitions, however, and it’s unclear how some of the remaining digital brands are doing. Groceries probably provide the best chance to compete with Amazon because Walmart is the country’s biggest grocer, but expanding delivery services for other consumer goods could prove more expensive.

There’s finally some positive news in U.S.-China trade, even if it’s only for one commodity. China is lifting a more than four-year-old ban on U.S. poultry imports, the WSJ’s Josh Zumbrun reports, in what an industry group says could lead to sales of some $2 billion of poultry. American poultry had been banned in China since 2015 following an outbreak of avian influenza, and negotiators have discussed lifting the ban in ongoing trade talks. The ban has cost American poultry producers a major market, particularly for specialized products like chicken feet, which are called “paws” in the U.S. meat industry and were sold in big batches for Chinese consumers. China has been looking for more protein sources since an outbreak of African swine fever has decimated homegrown pork stocks, and the decision on chicken could provide some goodwill in the U.S.-China trade talks.

’s long history of hitting big sales targets may have had more to do with manipulating its supply chain than reaching consumers. The sports apparel company leaned on retailers to take products early and shifted contract terms for shipments, the WSJ’s Khadeeja Safdar and Aruna Viswanatha report, pulling business from future quarters to mask slowing demand for the company’s athletic apparel. Federal investigators are investigating the company’s revenue recognition, a probe the U.S. Attorney’s office in Baltimore is now coordinating with a civil securities fraud investigation by the U.S. Securities and Exchange Commission. The questions go to the heart of business relationships between suppliers and retailers that can sometimes become a tug-of-war over shipments, inventory and the high-stakes accounting behind supply chains. One former employee says it was common to pull forward orders to book revenue, but “once this starts it doesn’t seem to stop.”

“
Our strength is being driven by food, which is good, but we need even more progress on Walmart.com with general merchandise.
”

’s third-quarter profit jumped 31% to $520 million but revenue slipped and the company cut its outlook for the container shipping business. (WSJ)

The Bank of Mexicocut interest rates by a quarter percentage-point. (WSJ)

says Democrats and the Trump administration are moving toward a deal on a renegotiated trade agreement with Canada and Mexico. (WSJ)

Democratic presidential candidate Joe Biden is proposing a plan to spend $1.3 trillion on U.S. infrastructure over the next decade. (WSJ)

Sales of plant-based milk products have grown 6% in the U.S. in the past year while cow-milk sales have declined 3%. (MarketWatch)

Navistar Inc. says the strike against

Civil unrest in Chile spread to the country’s ports as dockworkers went on strike. (Maritime Executive)

The Port of Oakland named interim executive director Danny Wan to the position on a permanent basis. (American Shipper)

Belt and Road Initiative a vision of cooperation for Turkey: vice consul