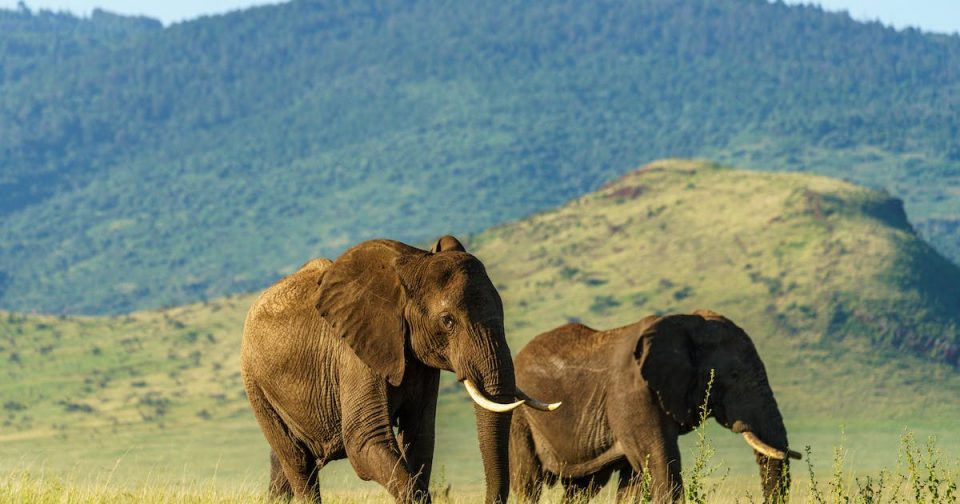 Editor’s note: News about conservation and the environment is made every day, but some of it can fly under the radar. In a recurring feature, Conservation News shares three stories from the past week that you should know about.

Now scientists are exploring other ways in which animals contribute to the intricate web of life — by helping create habitats that are more resilient to climate change and store more planet-warming carbon. According to a recent study, reintroducing just 20 large mammals — 13 herbivore and seven predator species — back into their historic habitats could boost biodiversity and help stabilize the climate, Janet Marinelli reported for Yale360.

“In the past two or three decades, research has underscored the importance of large mammals like bison as ecosystem engineers, shaping and maintaining natural processes and sequestering large amounts of carbon,” Marinelli wrote. “But the world’s large herbivores and predators continue to suffer alarming losses.”

Earth is facing a biodiversity crisis, with more than 1 million species at risk of extinction. Nearly two-thirds of the world’s large carnivores are threatened with extinction and few regions worldwide have the large-mammal populations that once dominated Earth’s landscapes.

The delicate balance between wildlife and their habitats, developed over millions of years of evolution, is at risk. Ecosystems weakened by the loss of biodiversity are less resilient to climate change. In turn, climate change degrades habitats, further accelerating threats to species’ survival.

To break this feedback loop and prevent irreversible harm to Earth’s life-support systems, humanity must emit less greenhouse gases, while also removing excess carbon from the atmosphere. Humanity will fail to avert a worst-case scenario if we do not also reverse the destruction of ecosystems such as forests that absorb and store carbon, scientists say.

“We have to draw out a significant amount of CO2 and store it on the planet to stabilize the temperature,” environmental ecologist Oswald J. Schmitz told Yale360. “Animals can help us get to this goal a lot faster.”

Schmitz and colleagues calculate that “rewilding, restoring, and conserving endangered and threatened animals” could potentially triple carbon uptake around the world, Marinelli wrote.

Conservation International experts recently identified just how imperative nature’s role is in slowing climate breakdown, finding that the large-scale protection, restoration and sustainable management of Earth’s ecosystems could reduce warming by 0.3 degrees Celsius (0.54 degrees Fahrenheit) by the end of the century. In addition, Conservation International has created a roadmap to help determine “who” — from farmers to foresters to consumers — must be empowered to do “what” and “where” to conserve the world’s ecosystems.

Ultimately, biodiversity loss and climate change — both of which are driven by human activities — are interconnected and must be tackled together, experts say.

“The unprecedented global biodiversity crisis is finally being understood and appreciated as the twin counterpart to the climate crisis, which is increasingly affecting all life on Earth,” Conservation International CEO M. Sanjayan said. “We cannot solve one of these challenges without also solving the other.”

Headlines: Street Vendor Advocate Gets a Haircut to Show Support; A Doctor Claims DEA is Making Up ‘Rainbow Fentanyl’