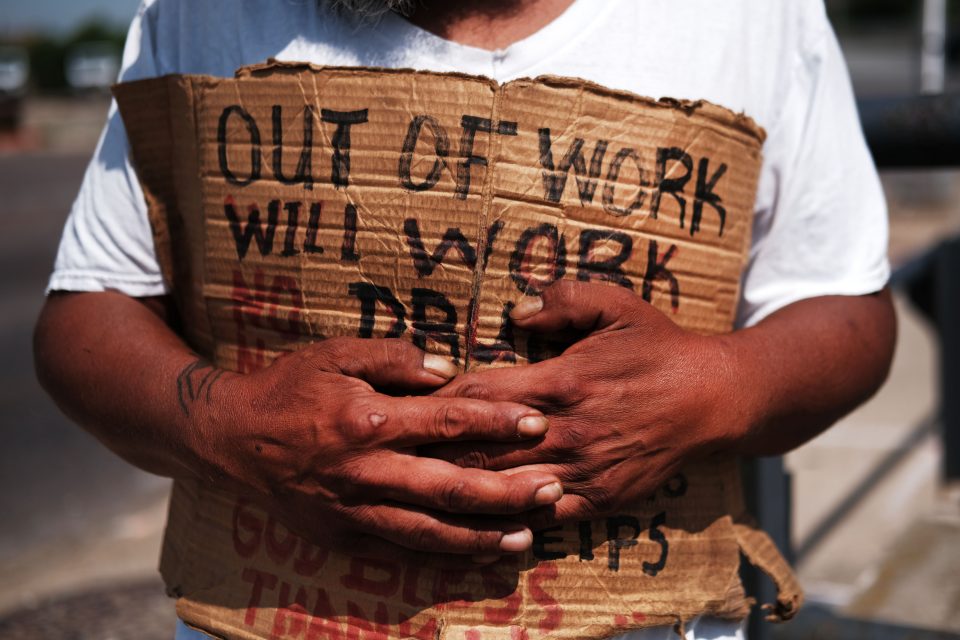 Assuming the United States finally gets the coronavirus pandemic under control, the long road to economic recovery will require two things: a lot of money, and a cooperative global economy. The first part isn’t too hard if the U.S. Federal Reserve and Congress keep their eyes on the ball. The second part is a problem, especially after last week’s disappointing jobs numbers, which underscored the extent of the economic damage. Even if some businesses have bounced back since the worst phase of the pandemic in March and April, extending that bounce will require strong demand for U.S. products and services abroad, ample global financial flows to underwrite ballooning U.S. debts, and a more predictable geopolitical outlook that doesn’t subject the market to continuous shocks.

The good news is that the United States can help ensure the global economy plays along. The bad news is that Washington must be prepared to engage in some deft economic diplomacy, if not a reset of relations with the rest of the world. The immediate priority for the administration of Donald Trump (and whoever wins the November election) is to ensure that other major economies remain generous with fiscal and monetary stimulus until the global recovery is well entrenched. During the last financial and economic crisis, which lasted from the collapse of the subprime bubble in 2008 to the European debt crisis in 2010, most governments and central banks took their foot off the pedal far too soon. Given the depth of this downturn—and with the fundamental shape of the global economy in such dramatic flux—that cannot be allowed to happen again.

Beyond this immediate prerequisite for recovery, the United States must also contain the mounting tensions with China, which could easily derail the upturn, as well as repair relations with Europe, whose cooperation remains vital to shaping global markets, as well as help craft the next phase of globalization so that the benefits of the world’s growth are better shared at home.

Unfortunately, social distancing started creeping into U.S. foreign policy long before the appearance of COVID-19. The administration of former President Barack Obama began to question the wisdom of U.S. engagement abroad and pull back—a process that has accelerated as the Trump administration casts doubt on a whole range of commitments to allies, international organizations, and existing trade deals. Regardless of who prevails in November, he will be leading a country that has turned decidedly more uncertain and introspective.

Yet if a top priority is to restore economic health, pulling back from the world cannot be the answer. Nor can Trump’s narrow, transactional approach that unapologetically puts “America First.” Nor, in fact, can we simply return to more traditional economic diplomacy that promoted free markets everywhere on the assumption they would create U.S. jobs along the way.

First, a word about this important notion of economic diplomacy—or economic statecraft, as former Secretary of State Hillary Clinton called it when she ran Foggy Bottom. Sometimes the term means applying economic tools to solve diplomatic questions (for example, sanctions to stop Iran’s nuclear program, or a trade deal to help preserve a key base in Bahrain). At other times, it means taking political or military measures for clear economic goals (engaging Saudi Arabia to keep the oil price low, or patrolling the Straits of Malacca to ensure that sea lanes stay open.)

Often, the tools of economic diplomacy are deployed to more than one end, and naturally there are trade-offs. And because the goal of promoting economic growth can be a little diffuse, it’s often easy to lose focus in the face of more immediate political or national security crises. Rarely are the political tradeoffs and the economic benefits explicitly weighed, which means that objectives inevitably get muddled. We can’t send troops to Mordor, so let’s sanction even more of its banks and government officials. We have no money for Freedonia, but we can pretend to negotiate better trade arrangements.

For all its inconsistencies, the Trump administration’s economic statecraft has been focused on bringing back manufacturing jobs, often at the expense of other traditional priorities. Trump’s earliest messages to Beijing were that “everything is on the table,” implying that issues around Taiwan and North Korea would all be negotiable in the pursuit of a better trade deal. In much the same way, complaints about European steel and auto exports were joined, in Trump’s mind, with questions surrounding European defense spending and military commitments to NATO. The result has been deteriorating relations that weaken the United States and U.S. jobs lost to rising tariffs.

If this approach is too narrow to be effective and sustainable, the bipartisan postwar consensus around economic policy may have been too broad. It centered on bolstering free markets everywhere—both as a bulwark against communism and as a destination for U.S. exports and investment, including more recently the offshoring of U.S. manufacturing. But as everyone has learned, those gains were not widely shared, due to domestic tax policy, technological innovation, and trade deals that focused on boosting the volume of commerce without regard to the distribution of the gains.

The United States’ unipolar moment following the collapse of the Soviet Union has long since passed, but Washington still has powerful financial, commercial, and other economic tools at hand to shape the global recovery. The Federal Reserve’s ability to offer dollar swap lines and other liquidity arrangements to other central banks around the world during the financial market collapse this spring were crucial in stabilizing global markets. Negotiating access to spendthrift U.S. consumers offers important leverage, too.

Amid many economic priorities—from aligning financial incentives to better managing climate change to addressing poverty in the developing world—the global recovery might last a little longer if the United States’ economic diplomacy focused on just three.

The first priority is to manage the fast-deteriorating relationship with China. This will require much more than economic diplomacy, but it cannot be done without progress on knotty economic questions. Even as the Trump administration has tried to keep trade talks separate, the lines tend to blur in the heat of domestic politics. Progress will require both sides keeping negotiations about state subsidies and intellectual property separate from differences over consulate closures, Xinjiang’s so-called reeducation camps, Taiwan, or the South China Sea. Trade is not a favor that one country does for the other; it is a relationship that requires constant management, not erratic bluster.

Second, fraying economic relations with Europe desperately need attention. Fractious disputes around airplane subsidies and Iran sanctions will not be easy to address, but they must be contained and compartmentalized in world that needs the framework of trans-Atlantic cooperation more than ever. Boeing and Airbus are both in need of large subsidies to survive the next few years, and it’s inexcusable that the two sides haven’t been able to negotiate a settlement or live with their differences. (A new overture over subsidized loans by Airbus and the European Commission last week is a rare positive sign, but the two sides have a history of rejecting each other’s peace offerings.) Similarly, as part of defusing trade tensions, Washington should tolerate some European commerce with Iran as the Trump administration’s strategy of maximum pressure has so obviously failed to yield progress. New U.S. trade deals with either the European Union or Britain seem a stretch at the moment, but abandoning tariff threats and reinforcing cooperation on financial and technology regulation would be an important start.

Third, the recovery will demand more attention to the distribution of global economic growth. This depends primarily on sound domestic policy, but Washington should frame a more ambitious international agenda to ensure that global technology giants compete fairly, that rules on data protection balance the privacy of individuals with the flexibility for innovation, and that multinationals pay their fair share of taxes across the jurisdictions in which they operate. From Amazon’s market share, to Facebook’s data policy to Apple’s tax bill, all these will require a better relationship with Europe as well.

It’s a tall order, but the pandemic will require economic policy ambition on a par with the money the United States is spending and the debts it is running up.

The last time the United States pulled out of a global crisis in late 2008, then-President George W. Bush made an explicit request to Chinese President Hu Jintao for Beijing’s help to stabilize financial markets and underpin demand. It’s difficult to imagine such a conversation today—let alone China’s massive support during that crisis. But even if it were conceivable, that conversation alone would not be enough. The United States is going to need a much broader and more sophisticated global economic agenda to dig itself out of its current hole.

How Frustration Over TikTok Has Mounted in Washington