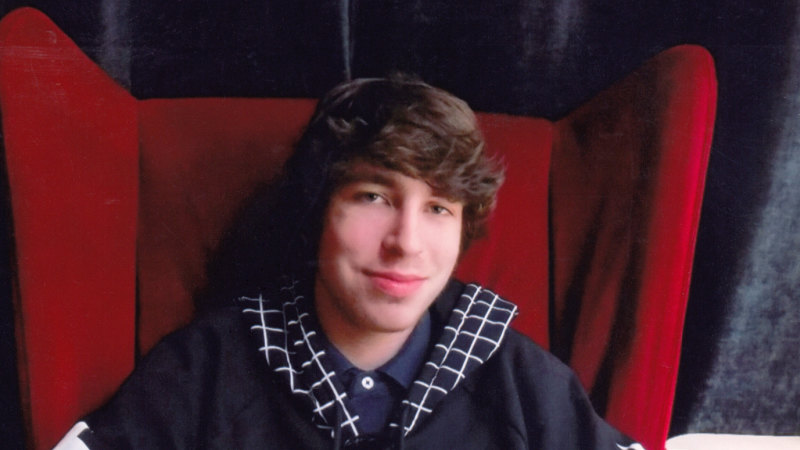 How are you? Once, before October 2019, the answer was simple. Yeah, fine, all things being equal. Four months on, and the question assumes a challenging aspect. It drags death from the shadows to front and foremost. It sits like a drop of mercury in your open palm. How to grasp it and give it form. For in its definition resides your answer.

How can you measure this ocean? You can never be how you had once been.

It was easier to answer in the hollowed hours at the time. You were desolate. You were in a landscape where life and time stood still. It was ground zero of the soul. You didn’t have to answer, most could see it in your eyes, in the crack of your voice as you thought, how can I answer that. Most people really didn’t expect an answer, indeed, many said, No words.

How are you now? I am how I was, but I am not how I was. Four months is a short timescale on which to measure emotional equilibrium. Indeed, how can you measure this ocean? You can never be how you had once been. You can go to the classics: Shakespeare, “Love is not love which does alter when it alteration finds,/Or bends with the remover to remove./O no! it is an ever-fixed mark/That looks on tempests and is never shaken.”

Or Rainer Maria Rilke. The poet, who measured life as a constant becoming of self-realisation wedded to the universe, wrote that death did not exceed our strength.

In a letter to Sidonie Nadherna von Borutin, whose brother had died, Rilke wrote: “Your letter really touches my heart. On the one hand, I want to encourage you in your pain so that you will completely experience it in all its fullness, because as the experience of a new intensity it is a great experience and leads everything back again to life, like everything that reaches a certain degree of greatest strength. But on the other hand I am very concerned when I imagine how strangled and cut off you currently live, afraid of touching anything that is filled with memories (and what is not filled with memories?) You will freeze in place if you remain this way. You must not.”

Life moves on. Four months. Ground zero still exists, will forevermore. Now, How are you? is marked by the ticking of the clock on the wall, the schedule of daily life, the bills that must be paid, the shopping that must be done, the dog that must be walked, the lawn that must be mowed, the day that must be greeted, the work that gives you form, the absence that lives within you, the love that stays the silence.

The question often can be triggered by the rising of ghosts, at the soccer fields where he used to play, the skate park where he used to ride (In a wanton act of vandalism I graffitied “H sk8ted here” in permanent marker). Or it can arise from ordinary conversation. It’s the unknowing How are you?

When a conversation with a stranger serving you in a shop somehow turns to families and you’re asked do you have kids, yes you reply, a daughter and a son. Where do you go if you say a daughter. And once I had a son. He died. There’s no point in turning a stranger’s innocent smiling question into awkward silence. You take your leave, and let the lie remain the easier answer.

Some days, most days, in the first tidal movements of grief, I would say aloud to myself, to the air: Hamish is dead. This was mostly when I would take the dog for a morning walk. I would stop and utter the phrase. No one was listening, but me. I was the audience. I was the one who needed to say the words and hear them, to take them in. To take deep breaths. Where are you if you are not here, I would ask. I knew the answer. He was nowhere. And if he was wasn’t here then where was I? I was among the living. For life goes on. I don’t say it so often now. I know. I know.

In January, we spent a few weeks in Tasmania at the coastal town where we used to go for family holidays. I used to joke that the cold water builds character, as son and daughter shivered walking into the ocean. One day I’ll take you both to a beach where the water is warm. One day.

One day this January I walked on the same beach, deserted as it was in the dusk, and wrote the letter H in the sand. My wife wrote a message to him nearby. I knew the tide would wash them away. But in the action was the memory. And in these days does it flow deeper and stronger.

If the mountain won’t come to Imran..