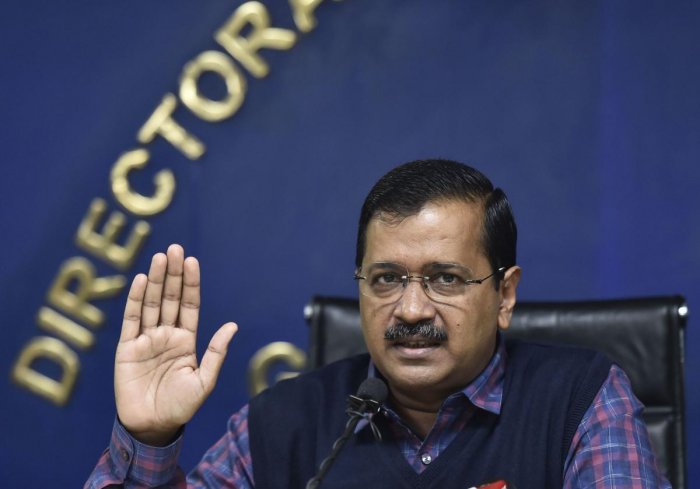 Ticket distribution ahead of the Delhi Assembly elections has triggered defections, protests and sulking, with two AAP MLAs on Saturday quitting the party.

A former Minister and senior Delhi Congress leader Yoganand Shastri also resigned from the party in protest against his daughter not being considered for a ticket, while Congress workers from two constituencies staged a protest outside party chief Sonia Gandhi’s residence, following indications that their preferred leaders may not get the seat.

Speculation is rife that former NSG Commando Surender Singh, who was denied ticket from Delhi Cantonment, is likely to join Congress, while Badarpur AAP MLA N D Sharma, who also accused the AAP of selling seats, may contest as the BSP candidate. Another disgruntled AAP MLA from Kalkaji. Avtar Singh Kalka, was replaced by Atishi.

Joining the Congress in the presence of Delhi Congress chief Subhash Chopra and AICC in-charge P C Chacko, Shastri targeted Arvind Kejriwal, claiming he witnessed how the AAP supremo and Chief Minister worked like a “tyrant”.

Kejriwal on Friday said that such charges will be levelled by those who have lost the race. Sources said Shastri will be fielded from Dwarka.

It wasn’t the AAP alone in trouble, as supporters of former BJP MLA Karan Singh Tanwar protested outside Nadda’s residence here seeking “justice”, while Congress workers from Patel Nagar and Karawal Nagar staged demonstrations outside Sonia’s residence amid speculation that leaders Arvind Singh and Harman Singh might not get tickets.

Healthy, local, food options are all around us – Opinion – The Daily Telegram – Adrian, MI