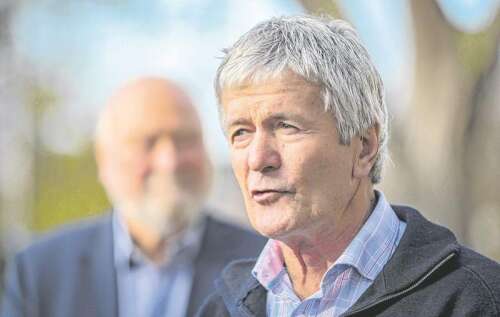 There’s a new face poring over New Zealand’s portfolio of trade prospects, but in many ways Damien O’Connor is an old hand.

New Zealand’s new Minister for Trade will need that experience to secure any of the new markets the country’s exporters are eyeing (last term he was Minister for Trade and Export Growth and he’s held the export-heavy agriculture brief since 2017).

New Zealand has two important new trade deals under negotiation, one with the United Kingdom and the other with the European Union.

Exporters also retain somewhat dim hopes that under the presidency of Joe Biden, the US will join Pacific countries, including New Zealand, in the CPTPP free-trade agreement. The US helped negotiate its predecessor, the TPP, under President Barack Obama, when Biden was Vice-President, but President Donald Trump subsequently withdrew from the deal before ratification.

The importance of new markets is not so much that New Zealand is suffering for want of buyers for its goods, primarily dairy, meat, logs and fruit, and services like tourism and education. Rather, it is that New Zealand has only a tiny domestic market to cushion export shocks.

And abroad, this country has one behemoth customer: China. It soaked up about a quarter of our $83 billion of exports last year, a proportion that has been rising steadily. And in case that customer turns belligerent, exporters are keen to secure what many delicately call “optionality”.

Australian businesses are scrambling to find exactly that in the face of a fresh wave of Chinese trade retribution for Australian foreign policy.

While New Zealand has so far avoided the kind of tension that has flared between Australia and China, that continuation is by no means assured.

Our growing reliance of China has been the source of great wealth, but it has also brought mounting anxiety.

There has been hope for years that a new trading bloc known as RCEP (the Regional Comprehensive Economic Partnership) would help bring us greater market diversity.

But RCEP is slated to be signed imminently, and nobody is more aware of its deficiencies than O’Connor. It was he who talked up the prospect of the $2.6 trillion Indian economy in the partnership last October and he was lead minister when India withdrew in deference to powerful domestic interests that feared a deluge of cheap imports.

New Zealand already enjoys free trade with all of the group’s other members, and RCEP now offers very little beyond the status quo.

The UK likely constitutes O’Connor’s best hope of finding meaningful new trade in this term of government, although it is by no means assured.

It is starting at the beginning with New Zealand, even as it races to ink a permanent agreement with the EU before a Brexit transition period runs out at the end of the year.

“I believe it’s possible for the UK to conclude a deal with New Zealand before the EU, but I admit it might not be practical,” says Malcolm Bailey, chair of the New Zealand Dairy Association, who is watching closely.

New Zealand’s negotiations with the EU are not showing much early promise either. Market access proposals landed this year and Bailey, who represents New Zealand’s largest export sector, called them “insulting”.

In the meantime, exporters are getting nervous about another thorny issue, the unresolved question of how the UK and EU propose to split New Zealand’s tariff-free quota for goods currently sold into the EU including the UK.

The EU and the UK plan to split the New Zealand quota 50/50 next year, an arrangement that would allow significantly less market flexibility. New Zealand exporters have called the plan “discriminatory”. But so far, there’s been no resolution through the World Trade Organisation, where New Zealand and other similarly affected countries have taken up their case.

In the meantime, the backdrop to the world’s trading order has changed with the US election. And Biden’s ascendance has fanned hope that the world’s largest economy will adopt a more open posture to global trade after Trump’s years of rising tariffs.

It’s a snarl of competing interests that will take O’Connor a long way from his West Coast farming roots. But while he isn’t interested in getting his hands on any actual American carrots, he’s certainly got some beef and butter he’d like to push.

This Trish Regan rant on coronavirus is something else