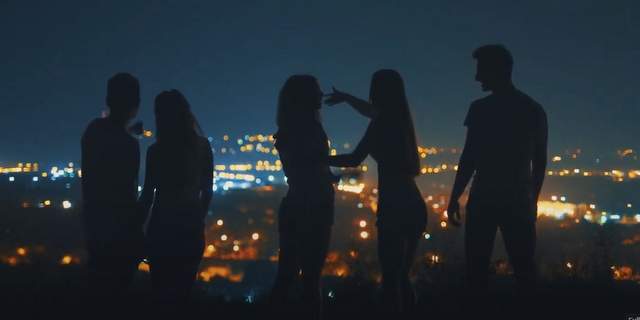 Honestly, I did not know that January 2021 had been designated as National Slavery and Human Trafficking Prevention Month. Not until I read that the National Beer Wholesalers Association (NBWA) had trained 6,000 beer distribution employees to safely spot and report the signs of human trafficking with its Distributors Against Human Trafficking initiative (started July 2020). NBWA has a goal of training 10,000 employees by the end of 2021.

A NBWA member, Markstein Sales Co., is a woman-owned and -operated beverage distributor in northern California. This wholesaler has been a longtime sponsor of the New Day for Children organization that provides funding to help American children who have been recovered from sex trafficking. Markstein Sales is also a leader for the Distributors Against Human Trafficking initiative. The company dropped me a line this week wanting to promote awareness of this important topic, so I’ll be honored to interview Laura Markstein, president of Markstein Sales, and Sharon Wood, executive director of New Day for Children, early next week.

You can see both of those women talking in the video above, and it’s a quite an emotional video — especially when they start listing detailed examples of victims being raped and abducted. It really punched me right in the heart, and then the brain, so I’m hopeful to expand this subject in a bigger way with a feature launching before the end of the month.

Markstein Sales is a big part of the nationwide campaign with the NBWA to not only raise awareness but play a vital role in identifying and reporting suspicious activity (beer distributors often see areas that the public doesn’t). Here’s an example from a Markstein Sales press release on the subject:

Human trafficking is a growing problem in the United States, with more than 11,500 human trafficking cases reported in 2019 alone. California has consistently had the highest human trafficking rates in the United States with 1,507 cases reported in 2019. To help combat this, Markstein is installing signage on all of its 75 vehicles that are typically on the roads of Contra Costa and Alameda Counties 14 hours per day, six days per week. The goal of these signs is to raise awareness locally and to provide easy access to hotline information for people that suspect or know of human trafficking cases. Markstein is also providing personalized training, leveraged from both NBWA and New Day for Children, for all truck drivers and merchandisers so they know what to look out for on their daily routes and in the businesses they serve.

“While our work to end human trafficking began at the local level, this is a national problem that needs all business leaders to stand up and make a difference. I am calling on all companies to get involved locally with groups like New Day for Children and nationally with efforts like those sponsored by the NBWA,” said Laura Markstein, President of Markstein Sales Company. “Whether that involves a sign in a highly visible location or extra eyes and ears for identifying and reporting suspicious behavior, there are many companies such as beer distributors that are in a very public and unique position where they can make a significant difference to fight this cause.”

Call to Action for beer distributors

If you are a beer distributor, join the campaign being spearheaded by the NBWA to build awareness and provide training to educate employees on recognizing and reporting the warning signs of human trafficking. Click right here!

If you are any other type of company that has vehicles, products or buildings that are constantly in the public eye, leverage your visibility to do your own campaign and encourage others in your industry to follow suit.

Support and sponsor New Day for Children (click here!). This nationally recognized charity provides support and assistance to American girls, ages 10-18, who have been recovered from the despair of sex trafficking. Your financial support can provide safe housing, school, medical, mental health care, equine therapy, and much more.

Take off the blinders. If you think this is not happening in your community, you are wrong. Every state, county, city, and town needs to help combat this nationwide crisis. This Markstein video above outlines the problem and the ways companies and individuals can make a difference.

Specifics not clear for next phase of vaccine distribution

Rise in onion prices: A cooperative movement for veggies need of the hour – National Herald

Letter: How would you address unequal wealth distribution? – Opinion – seacoastonline.com