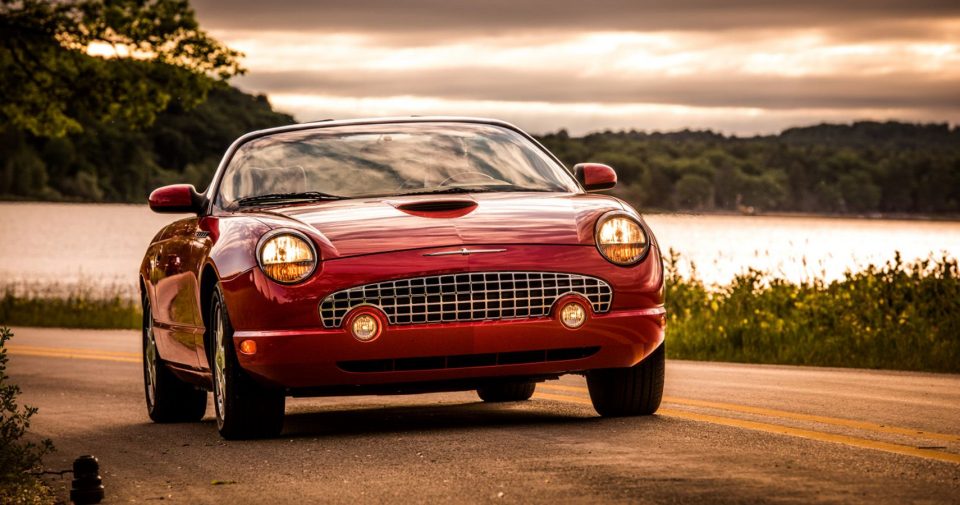 Keeping up with technology is a challenge in the automotive world. Some cars can manage the fear of being ahead of their time in both performance and looks to the point they can still be top rides decades later. Many cars can adapt to changes to put out improved models every year. Sadly, many vehicles are unable to keep up with that and are soon falling by the wayside.

Also notable is how some cars can seem outdated as soon as they’re produced. Some are going off older models and unable to keep up with better offerings put out at the same time. There’s also how some have horrible interiors and even exterior issues that pale compared to other cars on the market. Some are still successful but not what they could have been, while some become infamous flops. These ten sports cars seemed outdated by the time they hit the road and why keeping up to date on tech is necessary for vehicles.

Probably the single worst mistake Lee Iaccoca made, the Chrysler TC was a ridiculous hodgepodge of much better cars. It was meant to be a modern Thunderbird but instead looked like a LeBaron with a K-car platform that ran like a Daytona. The materials were built in several countries that barely communicated, so it couldn’t run right.

Sure, the interiors were nice, but a top speed of 129 mph made it one of the slower sports cars of its era. Maserati canceled the contract before the first 7000 cars were shipped as they could see how outdated this was before Lee could.

It’s common for even the best sports cars to have one generation that’s a miss. The Ford Mustang has nicely evolved from a pure muscle car to a great sports offering, but the fifth generation is not its best. It looks terrific with a retro-style evocative of the past models. However, the performance is a step backward as the solid-axle design was being phased out by the mid-2000s yet used with an older suspension and powertrain.

The Modular V8 also lacked compared to the high-powered offerings of competitors. Thankfully, the current Mustangs are bristling with great tech to be more ahead of the curve than this generation stuck in the past.

It’s not a good sign when a car company acknowledges how bad production was. The 1982 model is arguably one of the worst Corvettes of all time. Chevy didn’t bother hiding they were pushing out one last C3 before moving onto the C4.

This meant going backward in the tired design and a pathetic engine with barely 200 hp and no manual transmission. The company couldn’t even care enough for proper interior materials and so made this one of the most famous “filler cars” in history.

This is a case of a car that’s still good, but that doesn’t make up for how outdated it is. In 2009, the Nissan 370Z was a fun car, with great performance, terrific handling, and fine speeds. But rather than build on that, Nissan just let the 370Z slide on the reputation, still the same V6 for a performance that became more average in the 2010s.

It’s appalling Nissan ignored the technology of the last decade to improve this. Thankfully, Nissan is finally giving us the 400Z to put this tired model to bed at last.

Related: 10 Times Updated Sports Cars Were Worse Than The Original

Like other disappointing cars, the Cadillac XLR could have been something special. With a better design and frame, the 4.4 supercharged V8 could have given it a fantastic performance. But Cadillac made the car far too heavy, and not handling as well as competitors.

The fact it had the same platform as the Corvette but lacked the refinement made the XLR a poor “flagship” sports car for Cadillac.

The Chevy Cobalt SS can be a tricky car to judge. In terms of performance, it can still hold up, the 2.0l 4-cylinder slower than many cars of its time, yet it’s not bad for a budget buy.

The keyword being “budget” as the interiors are stunningly cheap with terrible plastics and controls and a stereo system outdated by the time it was released. It bears in mind, GM was in bankruptcy when the Cobalt came out, and a good reason they can be found so cheap today.

It takes a lot for a Ferrari to look awful from the get-go but somehow, the Mondial 8 pulls it off. It’s arguably the worst Ferrari ever, and astounding it was given the go-ahead. The massive 3400-pound weight meant the weak 214-hp V8 took nearly ten seconds to go zero to 60.

Thus, just about any sports car offering from the time could easily outpace it. It’s also terribly unreliable, yet Ferrari demanded an outrageous price for it despite the cheap materials. Little wonder even the biggest Ferrari freak stays away from the Mondial, which should have been scrapped in production.

There are few things more disappointing than a highly hyped revival falling flat on its face. The idea was great, to revive the classic Thunderbird for the 21st century, moving it from a muscle to a sports car and in a terrific style.

What customers got was an ugly exterior, worse interiors, and a 3.9l V8 that took almost seven seconds to reach 60 mph. It looked like a cheap knockoff rather than a terrific Thunderbird, so little wonder showrooms had trouble unloading them.

One of the bigger sports car flops ever, the Chrysler Crossfire seemed outdated even on the drawing board. The fact was nearly half the car shared the exact same design as a Mercedes-Benz SLK320 (right down to the powertrain). The weird styling was a step backward that made it look poor as well.

Worse, some of the better interior items of the concept (such as a snazzy steering wheel) never made it to the final product. Then there’s how it was simply too slow compared to scores of cars of the ’90s, let alone the mid-2000s. It all added up to the Crossfire doomed before it ever rolled out.

The Jaguar XJ220 was supposed to be the next hot supercar. It tested wonderfully as the fastest production car in 1992, it boasted some great interiors and a terrific style. Then came the decision to replace the planned V12 engine with a V6. Yes, 542 hp and a top speed of 212 mph were breathtaking…for a few months.

As soon as cars like the McLaren F1 hit, the XJ220 was left in the dust. It’s still a great car, but nowhere near the groundbreaker it could have been had it kept that original engine.

Next: These Sports Cars Might Be Cheap… But They’ll Cost You A Fortune In Repairs

Long-time writer online on sports, celebs, entertainment, etc. Enjoy cars in movies and various TV shows (reality and fiction) and enjoying learning more about them even as I share that with others.