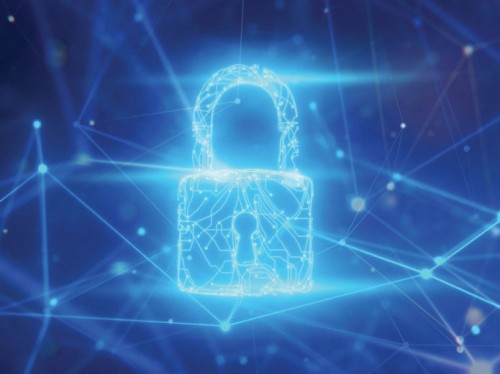 There are many whats and wherefores when it comes to thinking about blockchain and the technology’s application to the supply chain. It’s now a ubiquitous term when discussing the digitalization of the supply chain, but what it is and is not is key to understanding the great potential that blockchain holds for international shipping and trade.

Blockchain, or distributed ledger technology (DLT), burst on the IT scene over a decade ago as a FinTech [financial technology] system. In the early days, it was mostly associated with Bitcoin but has now established a name for itself.

At its simplest, blockchain provides a secure digital means for a transaction between various parties. Financial and banking services were early adopters and government agencies and other security conscious sectors such as healthcare and real estate rapidly followed suit. By 2010, blockchain’s application for international transactions had migrated into international trade and inevitably moved into the eco system of the supply chain.

The Block in Blockchain

The “block” in blockchain is really the unique information stored about the transaction – time, date, amount etc. Blocks also store network information of who is participating in the transaction. Each block is different and stores a unique code or “hash” that separates from other blocks. Essentially each entry becomes a unique block in the data chain and while visible in the network, it is protected by encryption, in effect building a security network as well as a transactional one.

The “block” in blockchain has, up until recently, been the expense in assembling both the type of encryption software and server networks to handle the specialized traffic of blockchain transactions.

A principle selling point for blockchain is security. Each block in the blockchain is added chronologically to the end of the chain – setting each block with its own “hash” in a very specific spot in the chain. This makes it very difficult to hack as the rewrite has to fit in the entire chain – essentially block after block over thousands of servers.

Most detractors have pointed out that the barrier to widespread adoption of blockchain is as much financial as technological. That’s becoming less of an argument as time goes on and costs come down. A secondary objection is more fundamental – do we really need blockchain? The thread of the argument being “while blockchain is good for financial institutions and Bitcoin, why do I need it for my business – particularly in an industry like shipping?”

View the full article free in the AJOT Digital Edition or by Logging in!