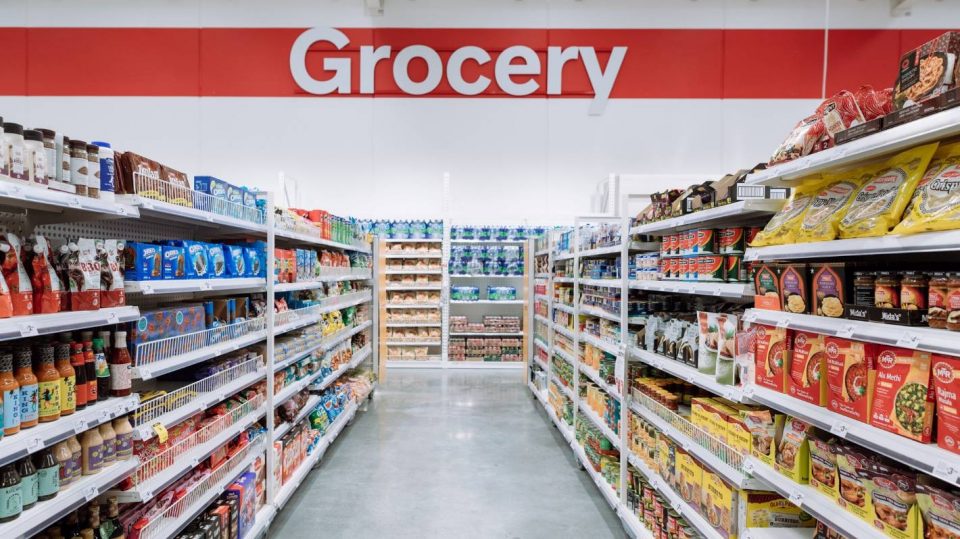 The Warehouse was in talks with both major supermarket chains, Countdown and Foodstuffs, about getting access to the same cost prices as they had, as well as the fresh and frozen supply chain and product deliveries.

“We’re encouraged by the desire of the Government to be able to level the playing field and we’ve had detailed conversations with both parties, and we’re looking forward to them coming back to us,” said chief executive Nick Grayston.

“We’ve had some initial conversations, but yet to resolve anything – where we can, we’re cracking on but this is holding us back so we’re eager to bring them to conclusion.

“We’re ready to go whenever they are.”

The Warehouse did not plan to become another Countdown or New World with hundreds of different cereals, but sought to offer a limited range of key basic essentials, including fresh and frozen foods, he said.

The Warehouse said it has saved families $2.7 million over the last five months by selling cheaper breakfast items like $4 butter and $3 milk and would continue to expand its grocery range as the cost of living rises.

“It’s very clear to us that in these tough times, some families are having to make the choice between feeding their families and putting petrol in their cars so that they can go to work to continue to be able to feed their families,” said Grayston.

“Our desire is to be able to offer some incredible prices for those core essentials that Kiwis need.”

The Warehouse held its prices on key essentials like butter, milk and bread as it had committed to in March, even as food prices increased, and it has about 35 products, such as flour and pasta, in its home brand Market Kitchen range which cost about 25% less than the branded alternatives, he said.

Still, Grayston said the retailer was offering lower prices without having the benefit of the supermarket duopoly’s volumes or access to their supply chain and wholesale prices.

“We continue to be hopeful that the Government’s ongoing actions to make grocery retailing a more level playing field, and access to equitable prices, will enable us to do more,” he said. “Equal access to supply and distribution continues to be a challenge that is not yet solved.”

The Government said in May it would “urgently pursue” options to generate more competition in the supermarket sector – and the big operators would need to open up their wholesale arms to competitors, or face regulation. It was responding to the Commerce Commission’s review of the sector which found that the supermarket giants could be making $430m a year in excess profits.

“We do not desire or think it’s right to be able to make those levels of profit, and that’s why we’re offering disruptively good value on things that we can, but we’re already taking very short margins on those and that’s not sustainable over time,” Grayston said.

Over the last five months, The Warehouse had been focusing on making a good breakfast of bread, butter, milk, Weet-bix and coffee affordable.

“We really want to be able to offer this value to customers because they need it,” Grayston said.

Grocery, pantry, health & beauty, laundry and pet care were growing categories for the company and were available in all 89 The Warehouse stores from Kaitaia to Invercargill, he said.

Grayston said he expected an expanded food range would be rolled out gradually, and said the company was happy to invest in the extra equipment it would need to add to stores, but was waiting for access to the supply chain and wholesale prices before committing to the purchases.

Warehouse Group reported its annual profit on the same day that international bulk retailer Costco opened its first store in Westgate in Auckland.

Costco was a “very good international retailer”, but it had its own business model which differed from The Warehouse Group, Grayston said.

“We don’t believe that we want to have a business model that charges people to get into our stores and bulk packs, that are their bread and butter, is beyond the reach of many stressed Kiwis,” he said.

The Warehouse Group had the advantage of 249 stores across the country, which was hard to emulate, and it aimed to know local shoppers better than any international companies, he said.

The group reported a 19% fall in profit to $87.1m in the year to July 31 due to a change in the accounting treatment of cloud computing software.

The company’s Auckland stores were closed for 84 days, while its stores across New Zealand were closed for at least 21 days due to lockdowns in the first half of the year.

Sales fell 2.6% in the second half, an improvement on the 4.3% decline in the first half, but were still disrupted with 74 days at the ‘red’ alert level and a peak in the Omicron variant, the company said.

While online sales were strong, up 40% on the previous year, that did not replace the 12% drop in foot traffic through stores across the year, the company said.

Chairperson Joan Withers said the company was “cautious” as it approached the second quarter, which included the peak Christmas period.

Still, she said the company had traded ahead of expectations in August, which was typically a quiet month.

The group will pay a final dividend of 10 cents, taking the annual dividend to 20c, down from 35.5c the previous year.