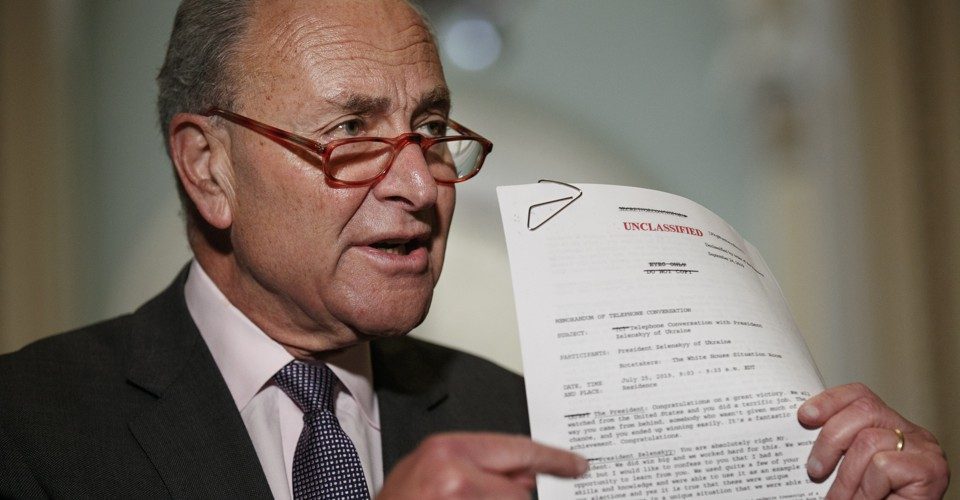 Read more: The mystery of the Ukraine-call transcript

But taken as a whole, the transcripts—all 2,400 pages of them—provide an extremely detailed account of what took place both between the United States and Ukraine and within the U.S. government over the course of the summer and early fall of 2019. Despite what Trump’s defenders might say, it’s a story that looks horrible for the president. And it will amply support congressional articles of impeachment.

Perhaps the clearest overall narrative of events comes from the current U.S. chargé d’affaires in Ukraine, Ambassador Bill Taylor, whose testimony describes a splintering of U.S. policy on Ukraine into two “channels.” One channel, in Taylor’s telling, was “regular,” comprised of the usual bureaucratic processes of the State Department and the National Security Council. Another channel—involving President Trump’s personal lawyer Rudy Giuliani, as well as then-Special Envoy to Ukraine Kurt Volker, Ambassador to the EU Gordon Sondland, and Energy Secretary Rick Perry—Taylor understood to be “irregular.”

While the regular channel focused on maintaining U.S.-Ukraine ties and security assistance by building a healthy relationship between Trump and Ukrainian President Volodymyr Zelensky, Taylor describes the irregular channel as settling by midsummer on an approach built around the famous quid pro quo. In order to obtain a meeting between Trump and Zelensky, and later in order to obtain U.S. security assistance as well, the new Ukrainian government would have to announce investigations of the Ukrainian energy company Burisma—on whose board Hunter Biden served—and of supposed Ukrainian interference in the 2016 U.S. presidential election.

With the exception of Volker and Sondland, themselves key figures in the irregular channel, the witnesses’ assessment of this approach is withering. “The irregular policy channel was running contrary to the goals of longstanding U.S. policy,” Taylor tells Congress. To a person, these witnesses reject the notion that Ukraine interfered in the 2016 election—a conspiracy theory voiced by the president in his now-notorious phone conversation with Zelensky—and express strong views as to the impropriety of the U.S. asking a foreign country to undertake a politically-motivated investigation of, among other things, a U.S. citizen.

“I understand how the justice system works” in Ukraine, testified Lieutenant Colonel Alexander Vindman, a National Security Council aide working on Russia and Europe. “It’s not the rule of law that governs.” At another point, addressing an article in The Hill suggesting corruption on the part of the U.S. ambassador to Ukraine, Vindman allowed that at least the “grammar might have been right.” Fiona Hill, Morrison’s predecessor on Russia matters at the National Security Council, bulldozed over suggestions by some Republican members of Congress that there might have been merit to concerns over supposed Ukrainian interference: “I’m worried that all of you are going to go down a rabbit hole, you know, looking for things that are not going to be at all helpful to the American people or to our future election in 2020.”