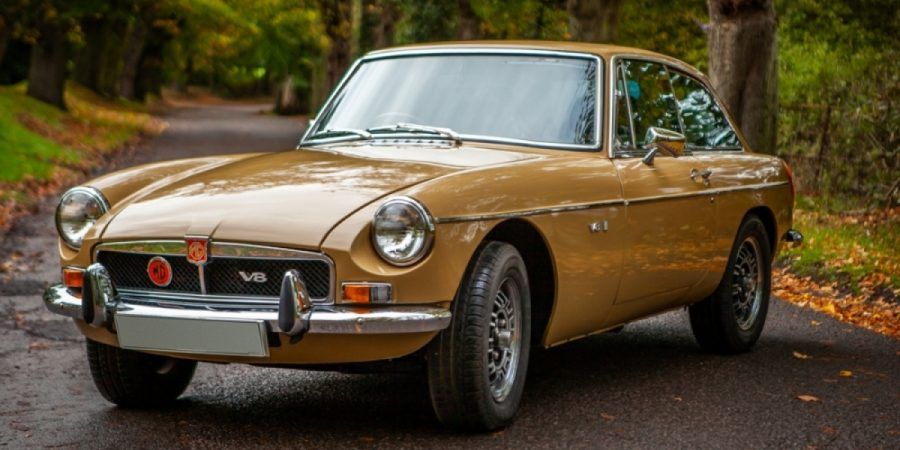 Among the various engine types out there, none are as associated with brutal power and monstrous roars more so than a V8. Most iconic as a fixture of the fast cars that made up American muscle, the V8 in its purest form began its fall from fashion during the Oil Crisis, slowly being choked down by new regulations. Today, the V8 engine still isn’t quite the be-all-end-all engine it used to be, with smaller turbo engines now being a fixture in modern muscle.

But, the V8 wasn’t always limited to big American beasts and wasn’t always a brutal big-displacement powerhouse either. Especially in Europe, some uniquely small V8s found their way into similarly tiny cars. Whatever the case of their origin, these are 10 of the smallest production cars ever fitted with V8s from the factory.

The awesome origins of his brand, the Cobra helped establish racecar driver Carroll Shelby as a performance building threat. Legendary for its formula of taking a little British roadster and shoving in a big American engine, when it comes to small cars with V8 engines, few are as iconic – or as badass as the Shelby Cobra.

Having seen and experienced the growing popularity of European imports like Jaguars and Ferraris, Carroll Shelby also saw their complexity and had a stroke of inspiration – put a massively powerful and easy to work on American V8 into one such European sports car. Striking a deal with British brand AC Cars, Shelby began modifying the AC Bristol roadster, dropping in a Ford V8 and thus creating the first Cobra in 1962. Initially 12′ 7″ long, with a width of 6′ 1″, the Cobra would grow by a few inches over its life but continued to be a terrifyingly small V8 rocket.

On the opposite end from the wicked Cobra, the only thing terrifying about the Gremlin are its looks. AMC’s economy compact for the ’70s, the Gremlin immediately gained infamy for its cheap price, small size, and hilariously ugly “doorstop on wheels” looks.

Hitting the market in 1970 based on the otherwise normal AMC Hornet, the Gremlin predated other economy-oriented American compact cars like the Ford Pinto – a fact AMC advertised by calling the Gremlin “the original American subcompact.” Thanks to those hilariously weird looks, and cheap price, the Gremlin remained a popular offering through its production run. One thing often forgotten about the Gremlin though, is that it indeed received a factory V8 starting in 1972, the AMC 304 cu-in V8 to be specific, though only with around 150 hp. At 13′ 5″ long, and 5′ 10″ wide, the Gremlin is slightly larger, and much weaker than the Cobra, but is a hilariously small car to have a V8 stuffed inside of.

RELATED: 10 Ugliest Cars To Ever Reach The Streets

An iconic stripped-down, track-focused sports car, the Ariel Atom is a seriously awesome low-volume piece of scaffolding on wheels. Available with an insane V8 as the Atom 500, this small track machine has a ridiculous power-to-weight ratio.

More exhilarating than most supercars even in its most basic forms, the Atom 500 takes things to a terrifying extreme. Weighing around 1,200 lbs, the Atom 500 gets its power from a V8 created by merging two Suzuki Hayabusa inline-4 engines together. Giving the barebones car 500 hp, the Atom 500 goes warp speed with a 0-60 mph time of 2.3 seconds and is among the most violently wild road-legal cars you can buy. Measuring 11′ 2″ long, 5′ 11″ wide, and just under 4′ tall as well, the Atom 500 is one of the lightest and smallest cars to not only receive a V8 from the factory but also be so terrifyingly barebones.

A classic from the heyday of traditional British roadsters, the Sunbeam Tiger was a similar story to the Shelby Cobra, but with more Euro-chic looks, and a less prolific legacy.

Debuting in 1959, and lasting until 1968, the Sunbeam Alpine was a product of the Rootes Group – a conglomerate of smaller British marques. Sharing a name with the previous, non-sports car Sunbeam Alpine, the 1959 incarnation was brought to life as a stylish little roadster. Taking inspiration from the Cobra’s similar origins, the Sunbeam Alpine became the Ford V8 powered Tiger in 1964 with help from Shelby himself. Coming in at 13′ long, and 5′ wide, just like the Cobra, the Sunbeam Tiger is a tiny British sports car with big V8 power.

Another British sports car typical of the small and lightweight formula they were known for, the MG MGB was one of the longest-lasting of the classic nameplates, originating in the ’60s, and living on through the ’80s.

First produced as a roadster in 1962, the MGB was a seriously small and light sports car with similarly tiny inline-4 making it a slow, but snappy and enjoyable experience. Evolving into the MGB GT starting in 1965, the roadster gained a Pininfarina-designed hardtop – but lost some speed thanks to this new weight. Starting in 1973 though, a 3.5 L Rover V8 was stuffed inside to turn it into the MGB GT V8, now with a brisk 137 hp. While not the fastest, with a length of 12′ 9″, and width of 5′, the MGB GT V8 is among the smallest V8 powered cars out there.

A long-running sports car in Mercedes’ line up now known as the SLC, the SLK has gone through several generations and facelifts, as well as an assortment of engines that range from rather dull, to monstrous – specifically this AMG beast, the V8 powered SLK55.

First released in 1996 with a similar goal of small and light fun to the previous British roadsters, the first generation SLK could be had with a supercharged inline-4 or V6 engine. Making it slightly sportier for its second-generation – the R171, this new SLK had a similarly small size, with more luxury and modern looks. What also was new, was an optional AMG version called the SLK55, packing in a 355 hp 5.4 L V8 under the hood. Measuring 13′ 4″ in length, and 5′ 10″ in width, the SLK5 is a small, luxurious, and powerful V8 sports car.

RELATED: A Detailed Look Back At The Mercedes SLK 230

A product of a different Daimler than the German corporation, the SP250 was released in 1959 at the New York Auto Show and was unofficially voted the ugliest car of the show that year.

A British marque with a focus on vehicles for the upper class, Daimler Motor Company created the SP250 with the kind of formula that birthed the Corvette – but in reverse, being a European-made, American-inspired fiberglass sports car. Fulfilling the”American-inspired” part with a uniquely small 2.5L Hemi V8, the SP250 was a fast little car that saw around 2,500 units produced. Coming in at 13′ 9″ long, and 5′ wide, the SP250 is a small British sports car with a similarly minuscule V8 engine.

The often forgotten “baby Countach,” the Lamborghini Jalpa is a sweet wedge-shaped, mid-engine sports car that served as the smaller and more affordable Lambo of its day.

Like the Gallardo compared to the Murcielago or the Huracan against the Aventador, the Jalpa fulfilled the little brother role to the big V12 Lambo of its day – the Countach. However, this was back before the Gallardo really cemented the smaller Lamborghini offering as a genuine supercar, and only 410 Jalpas were sold during its 1981 to 1988 model run. Still exotic looking and fast for its day the Jalpa was powered by a 255 hp 3.5 L Lamborghini V8, and while bigger than many on this list, with a length of 14′ 2″, and width of 6′ 2″, the Jalpa is much smaller than the vast majority of V8 powered exotics.

NEXT: These Are the Smallest Displacement V8 Cars Ever Made


Next
10 Disappointing Cars That Look Nothing Like Their Concepts 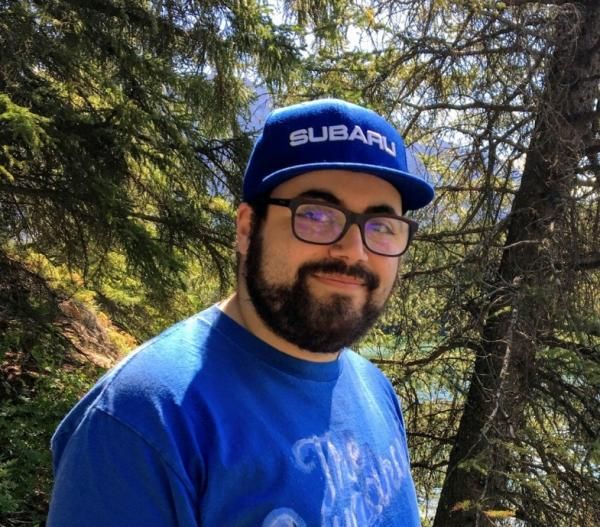 Aaron Young has been addicted to the world of cars, airplanes, and military vehicles since as long as he can remember. With a love for the quirky, weird, and untold stories of the vehicular world, Aaron currently drives a Subaru Baja.

‘A Bread Factory,’ ‘All About Eve,’ ‘Batman Beyond’ and More