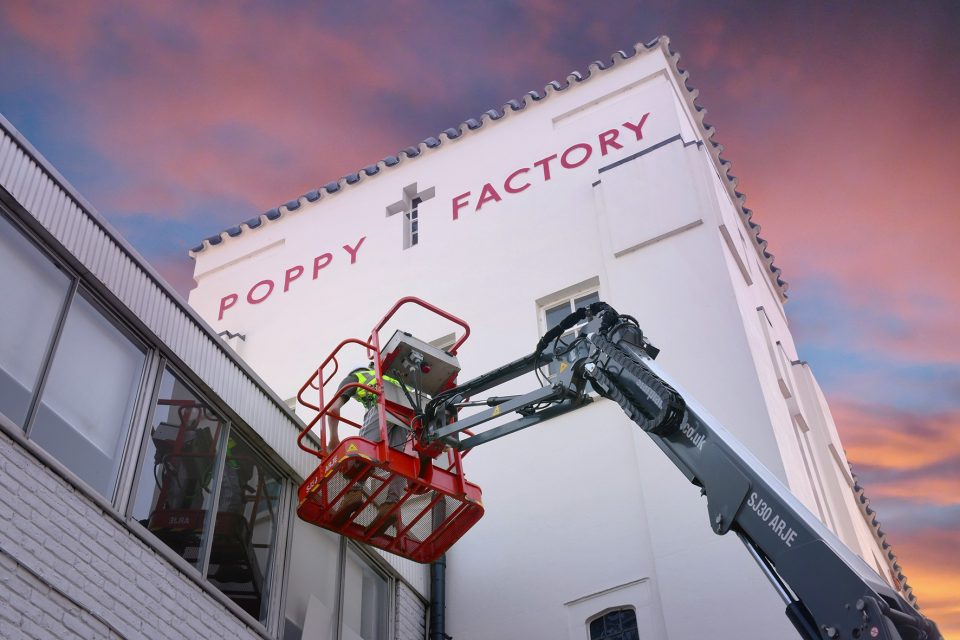 The Poppy Factory was founded in 1922 by British army officer major George Howson, to provide employment for soldiers that had returned from the First World War as well as creating remembrance products – mostly paper poppies – for The Royal British Legion’s annual Poppy Appeal. The company continues to provide employment opportunities for injured and sick veterans.

In the UK and many Commonwealth countries Remembrance Day celebrates the signing of the First World War armistice on November 11th 1918.

With a working height of 11 metres and a platform capacity of 227kg, the SJ30 will be used as part of the redevelopment plans for the Poppy Company’s premises in Richmond, London.

Star joint managing director Richard Miller, said: “The Poppy Factory is a fantastic organisation that provides vital support to veterans. When we were approached we were delighted to help in the best way we could. We knew our SJ30 would be an asset to the project, which we were proud to be part of.”

These ASX blockchain companies are leading the distributed ledger race