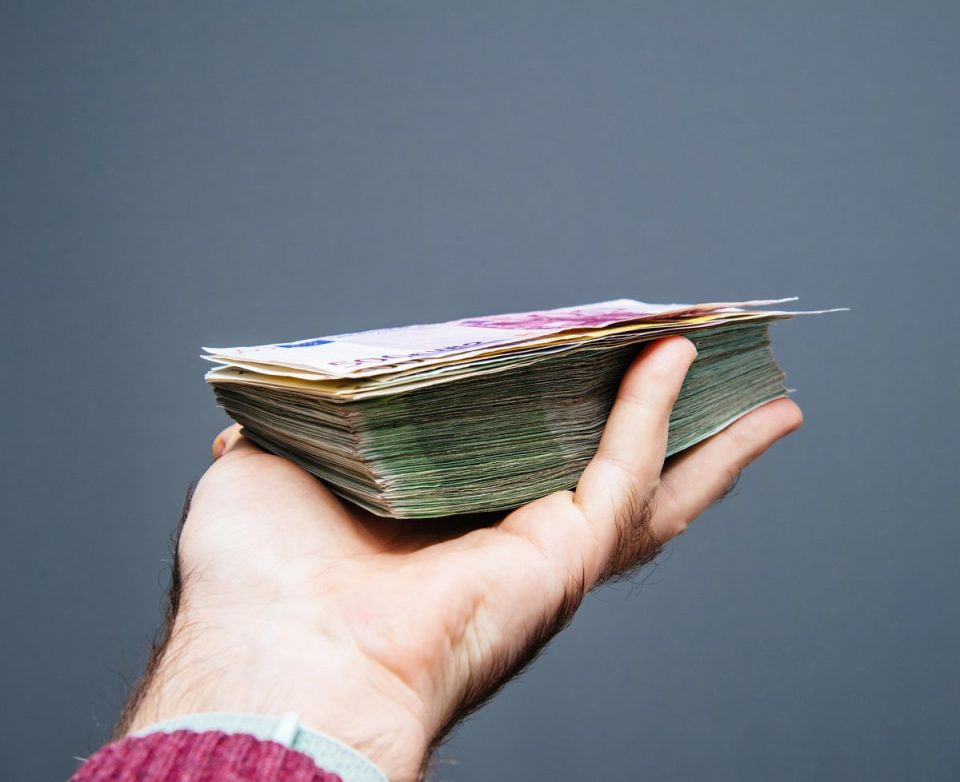 As more and more countries go into lockdown to prevent the spread of coronavirus, concerns are mounting about how we’re going to deal with the economic crisis caused by this major slowdown in productivity, particularly on small businesses unable to withstand several weeks of income loss, as well as the impact on households.

Some governments are offering tax breaks, trying to prevent layoffs by subsidizing firms to keep staff on, announcing moratoriums on mortgages repayments… but the evidence is clear: these are band-aid solutions for an unsustainable economic model that is bleeding out.

A world economic crisis caused by a phenomenon as intrinsically global as a pandemic is the perfect time to consider a detailed analysis of our economic model. A model that, after decades of strong growth and constant increases in productivity, has nevertheless left huge numbers of people behind.

Epidemics expose the weaknesses of the societies they strike. The pattern is clear: as we have improved productivity, the more we have learned to leverage technology to generate more wealth, the more unequal the distribution of that wealth has been. In some countries, this imbalance has already sparked major protests, and we can reasonably expect more protests like those around the world.

In states with effective welfare states, governments have responded to the current emergency with measures such as paying unemployment benefit, postponing social security payments, offering low-interest loans, etc. But, the shortcomings of subsidies become clear when we try to scale them up in the event of a global economic crisis.

An unequal society is a weak and unsustainable society. While my lockdown means staying in my large house with a garden, continuing to receive my full salary and, moreover, continuing my teaching activities and from where I hold three or four meetings a day and shop online, a significant number of other people in Spain are confined to a small or shared apartment, possibly with children, and have suddenly been deprived of their livelihood, probably have little or no savings, some of them no computer, and no idea how the hell they are going to make it through the next month.

Does it make sense that pandemics or natural disasters — which are becoming more frequent due to increasing climate instability caused by our irresponsibility — should plunge a significant percentage of the population into economic uncertainty? Does it make sense to continue trying to alleviate a situation that is increasingly structural by means of economic packages and subsidies?

The answer is clear: we need to rethink our economic model so that, in a society capable of generating more and more wealth, we avoid the paradox of more and more people at risk of falling below the poverty line. The only reasonable way to do this is to restructure subsidy-based systems toward some kind of unconditional basic income model that provides everybody with a sufficient level of income, making it an inalienable right, a safety net that prevents, even in cases such as a natural disaster or a global economic crisis, large segments of the population from being left uncertain about their future.

Such a system would mean that every month, whether we need it or not, we would receive a payment from the state sufficient to meet our most basic needs. In most cases, at least in developed countries, the vast majority of the population would return that basic income — and more — through tax. The only way to organize a society that is increasingly productive and capable of generating wealth through technology is to create systems so that no one falls below the poverty line. In the United States, as the reality of coronavirus kicks in, there is now growing support for giving every adult a cheque for $1,000 to mitigate the immediate effects of the looming economic crisis: we have justified such payments over the long term on the basis of technological advances that leave more and more people unemployed, now we are doing so in the short term, due to the economic uncertainty produced by a pandemic.

This isn’t populism: unconditional basic income is what it says it is: income, basic and unconditional. If we give money on an occasional basis to the needy, that’s not income (because it’s not regular and permanent), it’s not basic (because it doesn’t lift people out of poverty permanently) and it’s not unconditional (because recipients must meet certain conditions), and there may well be other, political, reasons for such largesse. This has happened before in many countries, and has consistently resulted in more poverty for all. In contrast, unconditional basic income works because it’s part of the social contract and many people end up returning the money through their taxes because they don’t need it. Everyone receives it unconditionally, everyone can consider resorting to it at any time if their conditions change, and it acts as a safety net that prevents everyone from falling below the poverty level, whatever the wider situation.

Subsidies, packages of measures, populist measures and other band-aids do not work, in the short or longer term. What will save us as a society will be rethinking our societies around the idea of a universal basic income.

‘Everyone has been so thankful’: Local schools distribute 9,000 meals | Local News

Get home insurance to cut losses caused by natural calamity