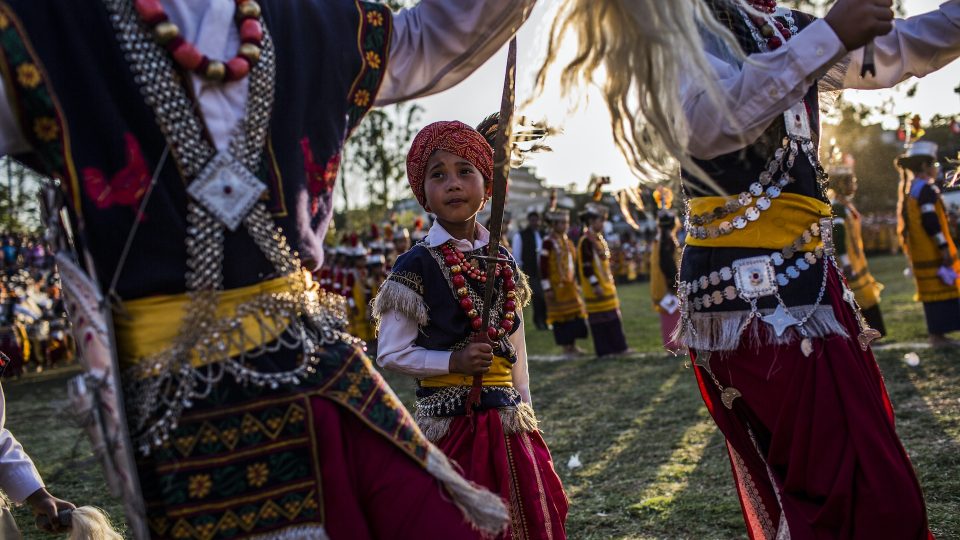 Activists hail the decision not to hold the 2023 World Anthropology Congress at a controversial Indian school for tribal children as originally planned.

The announcement by the International Union of Anthropological and Ethnological Studies (IUAES) reversing its earlier decision to hold the 2023 World Anthropology Congress (WAC) at the Kalinga Institute of Social Sciences (KISS) in India been widely hailed by activists fighting for the rights of the Adivasi, the collective name given to the indigenous peoples of India.

Located in Bhubaneswar, in the east Indian state of Odisha, KISS is a residential school, as boarding schools are known in the country, attended by over 30,000 young Adivasi students. It brands itself as the “first ever tribal university in the world” while being described by the NGO Survival International, which fights for global indigenous rights, as a “factory school“: one of a number of global institutions “where (tribal children) are stripped of their indigenous identity and indoctrinated to conform to the dominant society”.

In 2018, KISS – which labels itself as the world’s largest “anthropology laboratory” – won the bid over Croatia by a substantial margin to host the next edition of the prestigious World Anthropology Congress in collaboration with Utkal University and Sambalpur University in Odisha, and the Indian Anthropological Association. Its role was to provide infrastructure, logistics and other necessary resources, while the partner institutions would be responsible for academic and anthropological aspects.

More than 10,000 delegates from over 150 countries were expected to participate in the event scheduled to be held from 15 to 19 January 2023. However, in August this year, IUAES bowed to national and international pressure from academics, activists and civil society and withdrew its earlier decision to allow KISS to host the event. While the international organisation remains committed to the congress being held in India, the new venue has yet to be announced.

What is the World Anthropology Congress?

WAC is the world’s largest gathering of Anthropology and Ethnology academics and researchers. It is also the oldest meeting of scholars engaged in the scientific study of humankind and India has been selected to host the prestigious event, which is held every five years in different parts of the world, after a long gap of 45 years.

Simmers, however, erupted soon after the announcement that KISS had won the bid, with tribal rights activists raising a strong voice against the decision.

In July this year, more than 250 tribal leaders, academics, activists and student organisations representing Adivasi rights sent an open letter to IUAES, which falls under the remit of the World Anthropology Union, against the decision.

The protest against KISS’ hosting of the conference was based on a number of controversial aspects. Its founder Achyuta Samanta, leader of a regional political party as well as a member of the Indian parliament, has angered tribal communities by saying that they fill their stomachs only with forest products and cover their bodies with leaves. “There are 13 primitive tribes in Odisha. They live, they sleep on tree branches like monkeys,” he said, drawing widespread condemnation for comparing Adivasis to animals.

“Institutes like KISS consider what they’re doing a great service by providing tribal children with education, food and accommodating them on the campus,” says Nicholas Barla, one of the 250 petitioners and an advocate for tribal rights. “They might have money and infrastructure but they’re cutting off children’s ties to their culture. If they’re so serious about educating and uplifting tribal children, then they should open such schools at district levels and recruit tribal teachers to teach them. The curriculum should include knowledge about local culture, festivals and traditions. Students should be taught to value their culture. But KISS has snatched their freedom and kept them in jail-like conditions. We’re strictly against these kinds of education facilities”.

“Even children who have passed the school are left wandering and aren’t able to do anything. What has the usefulness of their education been? We will lose our culture, traditions and society, which have been with us for generations. We’re happy with IUAES’ decision to withdraw permission to hold the event at KISS,” he adds.

Pranab Doley, a tribal youth leader based in the northeast Indian state of Assam, spearheaded sending the open letter to IUAES. He described KISS’ educational model as anti-Adivasi and anti-children. “We welcome the decision taken by IUAES but their responsibility doesn’t end here. An inquiry should be made to know the conditions in which KISS houses over 30,000 children, and into the psychological and sociological impact of keeping so many tribal children inside a campus and away from their parents and families”.

Survival International welcomed the decision, while voicing similar concerns. “It’s heartening to know that these global anthropology organisations have listened to the views of the Adivasi people affected by factory schools,” comments Jo Woodman, Senior Research and Advocacy Officer at Survival International. “International law makes it clear that indigenous peoples have the right to control their education and, increasingly, Adivasi people across India are demanding that this right be upheld. The factory school model stands for the exact opposite: schooling imposed by governments and corporations aims to bring indigenous children into the so-called mainstream – divorcing them from their families, languages, ways of life and lands and deleting the vibrant diversity of indigenous peoples” .