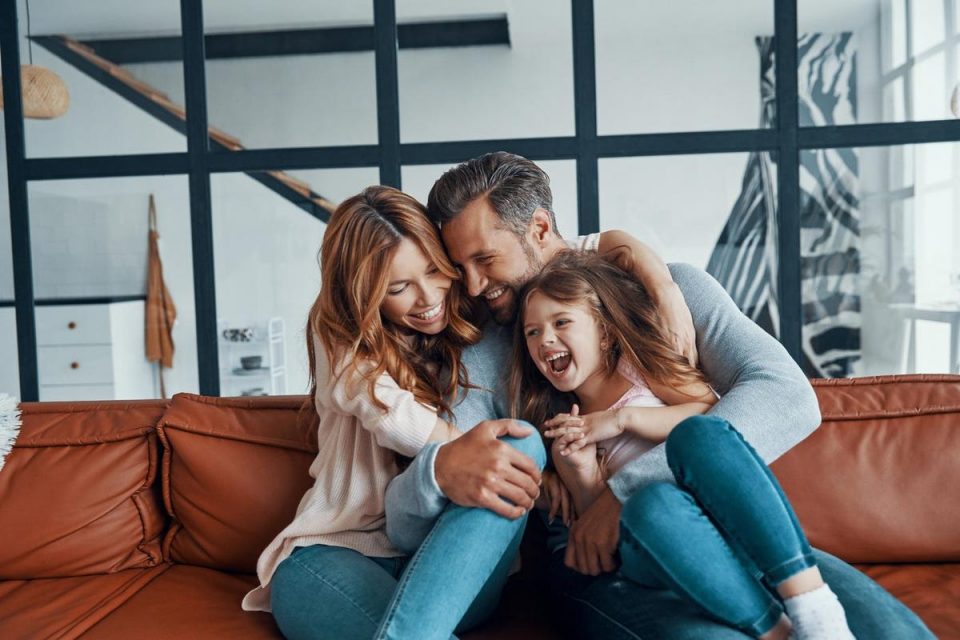 How we show up at home and at work sends a ripple of either positive or negative energy into the world we interact in. Research has shown that happiness is the precursor to success, not the result of success. Experts like Harvard researcher, Shawn Anchor, writes about his research on over 1,600 Harvard students and Fortune 500 companies world-wide in his acclaimed book, The Happiness Advantage that further validated that Happiness first drives productivity, safety, and accelerates growth.

If you studied Old English which I did, you may recall reading Paradise Lost, by John Milton, written in 1667 which said, “The Mind has its own place, and in itself can make a heaven of hell , a hell of heaven.

In other words, we become what we think and our outlook on life is a reflection of our own minds’ eye.

There is a business imperative to take happiness and social context(s), work and at home, as a strategic imperative to support and develop healthy supply chains where ever there are human connections. Over 80% of supply chain disruptions/incidents happen with a human error.

It is not conceivable that robotics and machine learning approaches will control all SCM control system although in less than 20 years robots will go more mainstream. One only needs to follow Ford’s testing DIGIT, a robot, to help make deliveries in self-driving card, Elon Musk’s Tesla robot targeting to fetch tools, and perform dangerous repetitive tasks.

So what does happiness as a supply chain control system mean?

First, it is important to understand the social context we are living in globally and the declining rates of happiness of humans in all countries globally. Unhappiness is growing and secondary conditions on the human condition are becoming more evident.

Here are some key facts to validate the decline of happiness.

1.) The Happiness Index Report (2022) reveals the steady increase of stress and rising rates of unhappiness over the past 15 years of data analysis.

2.) A Conference Board Survey found that only 45 % of workers surveyed were happy at their jobs, the lowest in 22 years of polling (2010 Research)

3.) Depression rates at 10x higher than they were since 1960. COVID-19 pandemic triggers 25% increase in prevalence of anxiety and depression worldwide (WHO Research 2022)

4.) Forty-four percent of employees experienced a lot of daily stress in the previous day. While almost half of the world’s workers felt the burden of stress, working women in the U.S. and Canada region were among the most stressed employees globally. (Global Workplace Report – 2022)

6.) According to a paper in the American Economic Review called “Preferences over Inflation and Unemployment: Evidence from Surveys of Happiness unemployment causes 1.7 times as much misery as inflation.

7.) Between 1913 and 2020, the number of motor-vehicle deaths in the United States (which include all types of motor vehicles, including passenger cars, trucks, buses, and motorcycles) increased 831%, from 4,200 deaths in 1913 to 42,338 in 2020. However, the role cars play in daily life is vastly different now than when tracking began.In 1913, there were about 1.3 million vehicles and 2 million drivers, and the number of miles driven was not yet estimated. The latest 2020 data report 275.9 million vehicles, 228 million licensed drivers, and 2,904 billion miles driven annually (Injury Facts)

1.) Unhappy Employees Risk Customer Happiness – Inc. have validated that employee satisfaction is at an all-time low. About 40 % of American workers say their job is very or extremely stressful. According to a Gallup survey, eight in 10 Americans feel stressed during the day. About 40 percent say they lack the time to do what they want. Another survey conducted by Gallup reports that more than 20 percent of employees feel burned out at work. Heavy workloads, team conflicts, poor management and low wages all contribute to job dissatisfaction. If left unaddressed, these factors in lower productivity and high turnover rates. In addition, customers are impacted as when one is unhappy this manifests in their patience with customers in communication tone, and most importantly empathy and kindness is harder to muster when one is in an emotional bundle of unhappiness.

2.) Unhappy Employees Risk Job Satisfaction – Productivity decline, hostile work environment and misappropriation of resources. Unhappy, disgruntled employees can create a negative and stressful atmosphere in the workplace, which will over time impact the overall productivity of the team and in many cases create a toxic work environment. A 2019 Deloitte survey revealed that only 49 percent of employees are satisfied with their jobs. The impact of low job satisfaction goes beyond high turnover rates. Employees are a company’s biggest asset. If their expectations are not met, they may lack the motivation needed to reach peak performance and excel in their roles.

The Financial Performance Impact of Unhappiness is Enormous

American companies lose $450 to $500 billion per year because of disengaged employees. Furthermore, replacing employees who quit their jobs costs 100 to 300 percent of their annual salary. As a manager, the best thing you can do is take a close look at these numbers and make the necessary changes to keep your staff engaged and motivated (Inc.) and The Gallop Poll.

The impact of job dissatisfaction in an organization shouldn’t be taken lightly. According to Forbes, only 21 percent of employees are engaged at work. More than one-third of workers are planning to quit their jobs and find something better. They’re doing just enough to receive their pay-checks, but they don’t put in the time and effort to do their best work.

Forbes reports that disengaged employees are 15% less profitable and 18% less productive than those who are satisfied with their jobs. This kind of behavior costs companies thousands a year, affecting the bottom line. Job dissatisfaction also negatively affects job involvement and organizational commitment, reported in Frontiers in Psychology.

Job dissatisfaction may also foster bad habits in the workplace, notes the Society for Human Resource Management. Approximately 40% of employees who are unhappy with their jobs play pranks on their colleagues. Another 55% shop online, and 15% take naps while at work. Alcohol consumption and social media usage in the workplace are common, too. With the increase of employees working from home, these risks also increase.

To put the magnitude of this issue in perspective, the same Gallup report cited earlier estimates that a full 50% of all employees are “not engaged” after just six months, and an additional 20% of employees “actively disengaged,” meaning they proactively look for ways to undermine employee morale and retention.

So when 70% of your employees are to some degree disengaged, I think it’s safe to say that board directors, C- Level leaders need to build a focused Happiness Supply Chain Ecosystem.

Already many businesses have put a Health first as a corporate priority and advanced Mindfulness programs – yet acknowledgment and celebration practices to boost employee engagement, and well being behaviours often are lacking.

Happiness germinates often from the most simplest and least expensive leadership behaviours. Practice saying : Thank you everyday to put a smile on an employee’s face.

When you smile, your brain releases tiny molecules called neuropeptides to help fight off stress. Then other neurotransmitters like dopamine, serotonin and endorphins come into play too. The endorphins act as a mild pain reliever, whereas the serotonin is an antidepressant. (Source: Health Benefits of Smiling)

A team of economists performed a study and found that “human happiness has large and positive causal effects on productivity. Positive emotions appear to invigorate human beings, while negative emotions have the opposite effect.” Another study linked decision-making, processing and learning to the release of dopamine triggered by happiness, so smiling can also make you a more creative and efficient worker.

According to research, 89 percent of employees agree that employee recognition improves their experience.

A smile is contagious as well. Plus, one Swedish study suggests that we can’t help but react with a smile of our own smile when we see someone smiling.

A supply chain that starts everyday with a health and mood check in at the beginning of your day and end of day, as emotions change, is what we will explore in our next blog on creating a Happiness Supply Chain Advantage.