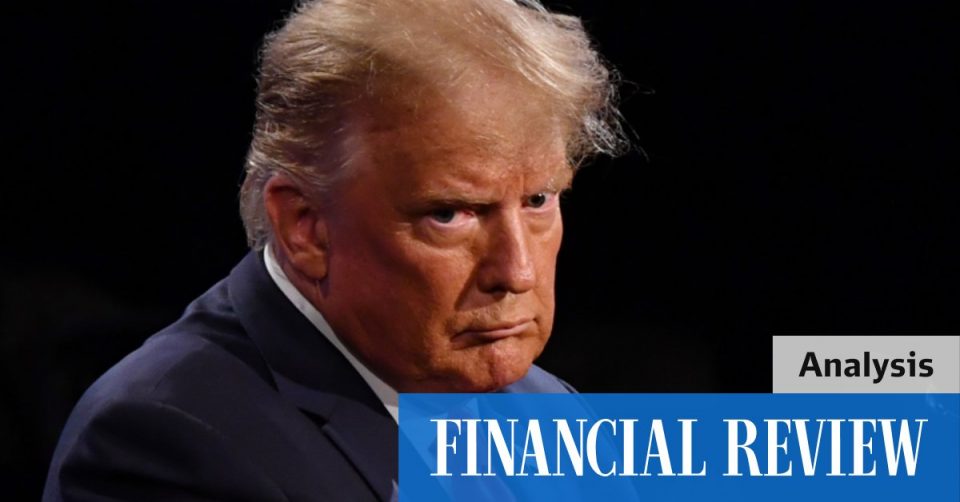 This is annoying but not devastating. Biden himself has acknowledged that his campaign has the resources it needs. In times of COVID-19, most work is conducted online, not in government offices.

Sure, the State Department’s translators and note takers would help, but as Biden’s people have shown with their press notices on the calls with foreign leaders that have already taken place, they are professionals who can manage this on their own if necessary.

Not receiving the PDB is a bit more serious: For newly elected presidents who have never worked at the White House level, this is an important training vehicle, especially because the PDB’s daily insights on national security give a cumulative view of threats and developments over time. But Biden and his team have exceptional experience in national security and foreign policy and will be able to get up to speed very quickly.

Trump’s refusal to set the democratic transition in motion, however, has more pernicious effects. For starters, it is delaying the already cumbersome and lengthy process of getting security clearances for Biden’s team. Biden will not need a security clearance come January 20; Vice President-elect Kamala Harris already has a security clearance through her position on the Senate Intelligence Committee.

Most of Biden’s likely incoming team will have had clearances in the past; some of them may still be active. But as George W. Bush’s team discovered, even when you are bringing in the A-team, there can be a delay in updating clearances. The 9/11 Commission flagged eliminating such delays as an important lesson learned from the 9/11 terrorist attacks. There is no good reason why this crucial lesson should be ignored now.

But here, too, there is no reason to despair: With the exception of a few loyalists whom the Trump team appears to be trying to install in key posts, especially at the Defence Department, one can expect that the permanent civil service and career military staff will greet the incoming Biden administration with relief and facilitate a smoother start than other transition-delayed administrations faced (of which the most obvious recent example is Trump himself, who refused to properly prepare himself and his inner circle for the job). Biden’s start on January 20 will be closer to a welcome home party than a hostile takeover.

A second genuine concern is the delay in access to the detailed “what we have been doing” reports that the outgoing teams prepare for the incoming landing teams. Incoming administrations usually read these reports with a great deal of scepticism, viewing them as exercises in self-justification and revisionist history that aim to hype the legacy. There will doubtlessly be lots of that, as evidenced by the strident reviews of Trump’s foreign-policy record by supporters of late.

Nevertheless, the outgoing team reports have a special urgency this time around. Given the chaotic ways of the Trump administration, it is very likely that the picture of what has actually been happening at the department and agency level will be confused and contradictory and take longer than usual to sort out. Part of the reason is that there has never been a White House with such a large gulf between a president’s public claims and the invisible actions of the rest of the administration.

As Trump’s outgoing Syria envoy, James Jeffrey, admitted, even many political appointees – let alone the civil servants – sought to hide the true policy from Trump for fear of how he might sabotage it with a tweet. Biden’s people will know the most damaging tweets by heart and have already forged policies and communications strategies to repair the damage. What the landing teams have been barred from learning by Trump’s delay is what has actually been transpiring at lower levels – out of view of the media and perhaps Trump himself.

A third genuine worry is that there are sensitive national security policies where the incoming team will need to assume immediate operational control on January 20. This especially concerns ongoing covert intelligence actions and military special operations that will still be underway on Inauguration Day. Both the success of these operations and the security of the agents and soldiers involved depend on a seamless transition. For this, the Biden team needs to be briefed now. Otherwise those missions – and the people involved – will be at risk.

Fourth, the Trump team may be considering last-minute legacy-chasing manoeuvres that could lay yet more obstacles into Biden’s path. That includes most obviously a precipitous withdrawal from Afghanistan (regardless of how that could sabotage ongoing peace negotiations), but could produce other surprises, such as additional troop withdrawals from Germany or even a last-minute declaration that the United States will exit NATO.

Biden’s team could not stop such grandstanding. Even if Trump’s neoisolationist stance—especially on Afghanistan—intersects with the kind of pressure Biden will get from his own far-left flank, an effective transition would still be crucial for avoiding the problems that a rush to the exits would produce. A normal transition would also help the Biden team learn in more detail which last-minute decisions could easily be walked back and how.

Trump’s people will be implementing his orders until Inauguration Day with greater or lesser urgency. They will know better than anyone else how to fix what they are unravelling and could convey that to the incoming team. That would enable Biden to spend his political capital on those cases where Trump’s damage is irreversible.

Finally, much has already been said about how Trump’s refusal to set the transition in motion damages the United States’ credibility in the eyes of the world – especially as an exemplar of democracy. There is a long-running debate in the democracy field over whether the United States should have a mission of promoting democracy in other countries or should instead just be a model for other countries to choose to emulate. Trump’s refusal to concede his loss and uphold a cornerstone of democracy – the peaceful transition of power – makes that debate moot for now. He has sabotaged the United States’ mission and besmirched its model to the world.

There is nothing good that comes from delaying the transition, and the bad ranges from annoying to dangerous. If the Biden team were as shambolic as Trump’s was four years ago, the United States would be going through a genuine national security crisis. Luckily, that isn’t the case, and if Americans keep calm and carry on, the country can make it through. But the sooner that happens, the better.

Peter Feaver is a professor of political science and public policy at Duke University, where he directs the Program in American Grand Strategy. Will Inboden is the executive director of the William P. Clements, Jr. Centre for History, Strategy, and Statecraft at the University of Texas-Austin.